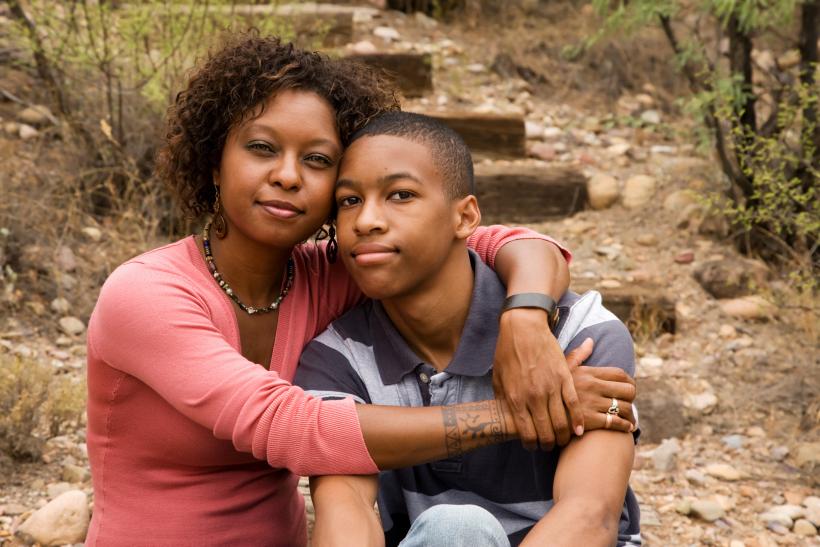 Having the opportunity to evaluate how I parented my kids was invaluable. Image: Thinkstock.

This story has been republished from SHESAID.com with permission.

Leaving my boys with their father was the hardest thing I’d ever do in my life.

I’ve always been a really hands-on mother. I chose to stay home instead of returning to work, ran the local playgroup for years and genuinely loved spending time with my kids.

Watching my sons morph into young men before my eyes was an irreplaceable experience, but it was clouded by judgment from friends that I was being overprotective for failing to let them out of my sight.

In my eyes though, it seemed my friends were being dramatic. After all, my boys played sports, had friends over all the time, went to sleep-overs and camps; it wasn’t exactly like I had them under lock and key.

That changed when their stepfather and I decided to move interstate.

We gave our kids the option to either stay with their father in their home town, or cross the state line with my partner and me. They opted for the former, but it wasn’t because they wanted to get rid of me. Remarkably, at the tender age of 14 and 17, my boys knew leaving my home town was something I’d always wanted to do. However, taking them away from their father was never an option, so I’d sacrificed my dream while they were young, staying put until they were old enough to decide where they wanted to be.

We sat down as a family to discuss what the move would look like in reality and it was decided my partner and I would leave and my sons would stay with their father. Yet several weeks later as we drove our loaded van toward our new home, reality hit.

My tears started flowing as the reality sunk it that leaving my boys with their father was the hardest thing I’d ever done in my life, and knowing I’d left them in capable hands was no consolation.

The first year was the hardest, not only for me, but for all of us, and I packed up my things and started driving back to my boys more than once. The pain of not having my children around was unbearable and despite being surrounded by family, I’d lost my purpose and reason to get up in the morning. For so long I’d been a mother, and without daily contact I really wasn’t sure who I was anymore.

During the second year, I had an epiphany. I began to understand what my friends had meant about my overprotectiveness. I’d gotten so used to doing absolutely everything for my children, that it was only after a year of seeing them in a different living environment that I could see I’d been holding on too tight.

What I failed to understand was my mission was futile. No matter how much I tried, I couldn’t protect them from everything.

Life with their father was different. He didn’t chase after them like I always had. He made them catch public transport, cook their own meals and do their own washing. They became more independent and self-confident in their own abilities, and I watched in amazement as their father continued living his life in much the same fashion as he always had, despite having our kids under his roof.

This was something I never seemed to master. My boys were my life, but from an outsider’s perspective I could see crucial mistakes I’d been making.

‘Mothering’ my boys wasn’t something I’d intentionally set out to do. In fact I thought I was doing a pretty good job at the time. My kids were always polite, never swore or spoke back to me, would help around the house when I asked, and showed more empathy and understanding to others than most young people their age. But I’d never really given them the opportunity to make their own choices.

Having the opportunity to evaluate how I parented my kids was invaluable. I was able to see just how much my emotions (read: mother’s guilt) had dictated my parenting. Their father, on the other hand, didn’t let his emotions interfere. If he had to work overtime and didn’t get home until late, he did it. Guilt never entered the equation, and as such, he didn’t feel the need to over-compensate in some other way if he had to put himself first from time to time.

This had always my biggest flaw as a mother.

To others, I came across as being overprotective because I was hell bent on protecting my sons, not from physical pain, but pain of the emotionally variety.

What I failed to understand was my mission was futile. No matter how much I tried, I couldn’t protect them from everything. Girls would still break their hearts, life would still enter their worlds and by trying to shield them from emotional pain, I was doing them a disservice.

As it turned out, our move was premature and the two years apart from our boys felt like a lifetime. Life was good, but there was always something missing, and I knew life without my kids wasn’t something I could continue with. So having learned some valuable lessons, we decided if they wouldn’t come to us, we’d need to return to them.

Except this time when I returned to their lives, I was a new and improved version of my former self.

No longer ruled by guilt and negative emotions, parenting was suddenly much more simple. And my sons were better young men for it.

If you liked this article, you can read more like it on SHESAID.com: