Ask Erin: Help! I Think My Boyfriend Is Ghosting Me 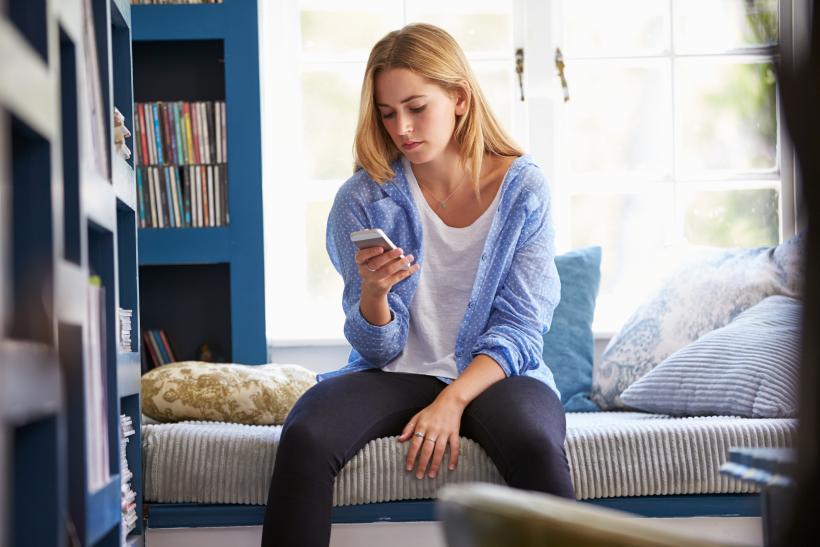 What to do when he drops the communication. (Image Credit: Thinkstock)

I started seeing this guy about a month ago. Things were fine. He loves my kids so much. He visited us whenever he was free.

We were together last weekend and he left on Sunday because he had to work on Monday. His last message to me was that he got home safely. And I replied, “lovely.”

Normally we text each other daily and speak on the phone at night. I had been calling him and texting him, but he was not responding. Then later he sent me an email that his phone broke. But he has been on Facebook.

Then I asked him if he is up to something else, because he read the message I sent to him and he didn't want to reply. He hasn't called or texted since.

Okay, if this guy went from being in communication consistently to essentially ghosting you — it might be time to cut your losses. There’s no way to know why he’s suddenly absent, but you know he’s alive, so there’s really no excuse.

While I don't think that we need to be in constant contact with people we date (especially this early on), when there’s a sudden shift in behavior, that’s a huge red flag.

How much effort does it really take to reply quickly to an email or text? How much time would he have to take out of his day? 30 seconds? 10 seconds?

Sure, I forget to reply sometimes to texts and emails. But, when you’re dating someone new and things are going well and you’re still in that “honeymoon” phase — this makes no sense.

AND, if he suddenly snaps back to "normal" behavior, do you really want to be with someone who is inconsistent and unreliable? No, you don’t, especially when you have that person around your kids.

Look, you haven’t invested much time in this relationship. It’s been a month.

Ghost him right back and move on.

You deserve better than this.

If you have a question for me about love, sex, parenting, breakups, my favorite skincare products, the tragedy of being a Mets fan, rainbow fluorite, or anything at all, email me at rarelywrongerin@gmail.com or use the contact form below. As always, your anonymity is golden. xoxo

If you like this article, please share it! Your clicks keep us alive!
Tags
Ask Erin
advice
Relationships
dating
ghosting
relationship problems