Is The Internet Ruining Teenagers' Lives? Um... It Might Be 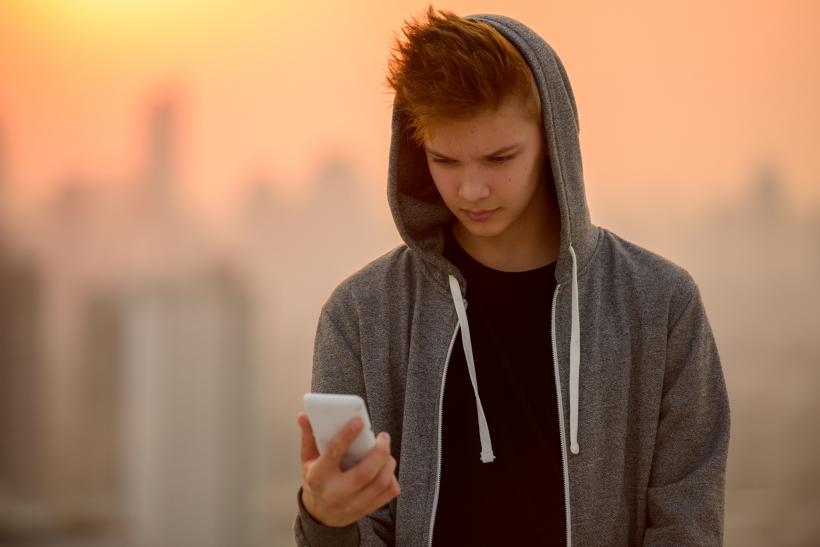 For teens, there's never a real "off" time.

The latest cover of Time features a teenaged girl, looking to be about 17-years-old, standing alone, eyes downcast, shoulders slumped slightly forward. There is a kind of intensity to her stance, as if the mild despondence conveyed has an energy behind it.

And it does. As the headline article (“Anxiety, Depression and the American Adolescent”) points out, depression has been replaced with anxiety as the leading mental health struggle of today’s adolescent.

Whether or not that’s a problem is a moot point (like arguing whether you’d rather eat a rotten orange or moldy apple – they’re both significantly awful). What definitely is a problem: the startling rise of both depression and anxiety amongst young people.

Speculations from various sources are woven throughout the Time piece, as to where this uptick in anxiety and depression originates. Perhaps most worrisome for parents? All the teens indicate their mom and dad are supportive and loving. The pressure is coming from elsewhere.

The one possible cause that stood out to me most was the impact of social media. With smartphone in hand, teens can be reading harmless texts, or – as was the case for one young female interviewed – they could be viewing disturbing Instagram posts, or reading about distant tragedies, or scrolling through hateful Facebook comments. Maybe even comments about them.

And because our little computers come with us everywhere, there is no escape. The world is not only too much with us; it is always with us. And perhaps no group feels that immensity more than today’s teenagers.

But now, it's never "off," and the options of content are literally infinite. And I'm afraid that, too often, we're asking teens to do things that even we find impossible.

On a personal note, I found this article frankly heartbreaking. Older generations have been critical enough of my own cohort – millennials – that I sympathize with what it feels like to be constantly told you’re kind of weak, or lazy, or needy.

But the fragility of the kids in middle and high school today is something different. We’re talking about anxiety so enormous that some of them can’t make it out of the house, much less survive an entire school day. Almost 1/3 of all teens today have suffered through some form of mental health difficulty, and the researchers say that’s low-ball estimation. The numbers could be much higher.

When it was just a regular old television that brought the great wide world alive in technicolor fashion, you could turn it off. A parent could (and did!) say, “That’s enough,” and then everybody had to go do something else. Read a book, or call a friend on an actual phone line, or wash the dishes.

If your friend (or enemy) were being a b***h at school, you could always come home, and then just be at home. You could get away from it, even if just for a little while.

But now, it’s never “off,” and the options of content are literally infinite. And I’m afraid that, too often, we’re asking teens to do things that even we find impossible.

Like, control their web surfing. Or put down the phone and really walk away. According to Time, many teens see no clear line between their online life and their “real” life.

That’s a problem in many ways, but the biggest is the simple fact that they are believing a lie. How one portrays herself – or is portrayed by others – through a laptop or smart phone screen is emphatically not equivalent to who she is in physical reality.

But this is hard for all of us. I’ve asked my professor friends, who are thoughtful and engaging and just overall amazing teachers, what it’s like to see bad reviews on the site “Rate My Professor.” And even for grown adults, with PhDs, a slight from some 19-year-old knucklehead can be devastating.

How exactly are teenagers, who already “feel” things way beyond their reality, supposed to handle the harsh, sometimes cruel, reality of online interactions?

I am ever hopeful that we as a society will address the impact of 24/7 social media on teens – to help them navigate the pros and pitfalls of online content.

To help them separate what is meaningful from what is just mean.

If you like this article, please share it! Your clicks keep us alive!
Tags
iPhones
teenagers
anxiety
Depression
social media