Raising Sons In The Time Of Trump 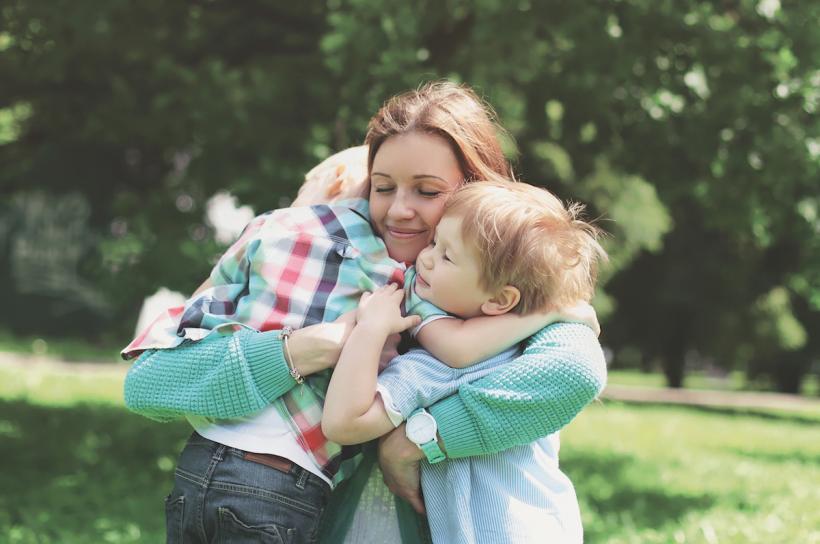 This is a rough time to be a parent.

I think we can all agree that there is some messed up stuff happening right now. It seems like every time I open my browser or turn on the TV, I see disgusting things either happening to or being said about women. The alt-right, 4Chan, and the bro-army are out en masse lately, defending and bolstering their brethren. Denigrating women. Championing misogyny. Ignoring and disregarding sexual assault. Celebrating rape culture. Electing a rapist and serial abuser to the highest office in the land.

And all I can think about throughout all of this mess is, What the fuck am I going to tell my sons? How am I going to explain it? “Yep, that happened. He was elected to the most powerful office in the world. He is the President of the United States of America. Yes, millions and millions of people hold him in high regard, stand behind his policies of shame and degradation. Yep, it happened. But, no, it isn’t right. It isn’t ok.”

When a man who so blatantly disregards and disrespects the bounds of common decency is chosen by the majority to be the leader of the free damned world, how am I supposed to teach my boys that his behavior is abhorrent? How am I supposed to explain to them that people are generally decent, that the world ISN’T really a bubbling shitstorm of hate? And even more importantly, how do I teach them to be decent and not become part of the bubbling shitstorm of hate?

The scary, scary answer is…

I have no goddamned idea.

I mean, I always knew things were messed up. Women and racial minorities, getting the shaft. But I always just figured it was isolated, you know? That most people are decent, most people are reasonable, most people are fair. I figured the misogyny was despised by the decent people, the racism was looked down upon by the fair and reasonable people.

Holy shit, I have never been more wrong about anything in my life. This man, this awful, awful man... he has MILLIONS AND MILLIONS of supporters. Tens of millions. There are tens of millions of people out there who not only think the hateful rhetoric and sexist bullshit he spews is OK, they AGREE. I must be the most naive person in the world. I thought he’d be shut down in a matter of weeks. I thought decency would prevail.

In the face of that much hate, that much fear, that much awful shit, what are we supposed to tell our sons? When their teachers and coaches and Scout leader and pastors, their role models out there in the world actually support Donald Trump, how can we win?

But it wasn’t. It wasn’t shut down at all. It was raised up.

In the face of that much hate, that much fear, that much awful shit, what are we supposed to tell our sons? When their teachers and coaches and Scout leaders and pastors, their role models out there in the world actually support Donald Trump, how can we win? All those people, all those complicit, guilty people, are out there. They’re out there with our kids, with our sons and our daughters and THAT, y’all, that just absolutely terrifies me.

That just doesn’t seem like enough, though. I worry that what I say at home will crumble out in the world, in the face of so many conflicting messages. I worry that I will be drowned out by all the people who think it’s ok to grab women by the pussy.

All I can do is try. Do my best to teach my boys to be decent and kind. Teach them to go high.

If you like this article, please share it! Your clicks keep us alive!
Tags
parenting
motherhood
Election
Trump
consent
sons
Sexual Assault