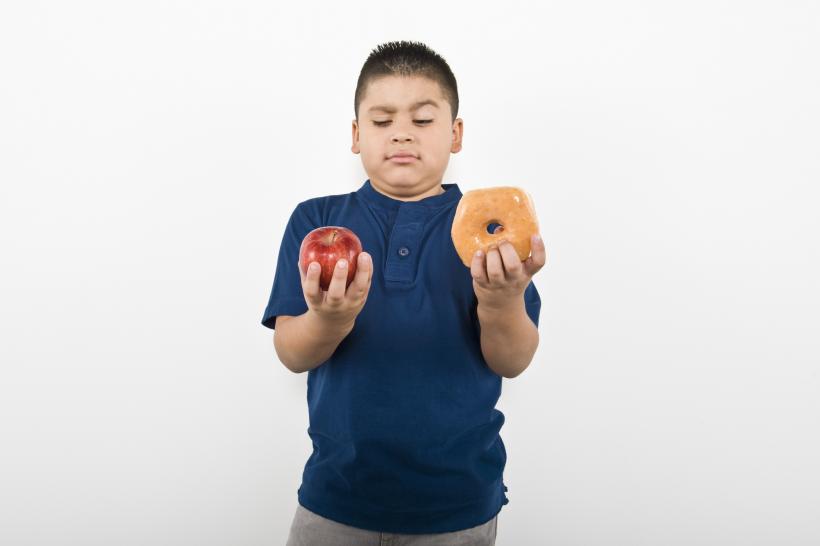 Your child's body is not a "problem" (Image Credit: Thinkstock)

“Kids are getting older younger.”

In the month or so I’ve been working in education, I’ve heard this statement in some respect around a dozen times. Often it’s said in relation to the way children embrace social media or begin to explore their own personal and sexual identity — actions we associate with specific moments of adulthood. It’s a phrase usually spoken in hushed and worried tones, though the people saying it tend to overlook their own role in creating what they see as a problem.

It takes a village to raise a child, after all — though somehow we seem to forget that we are the ones building the culture that influences the development of our children. The environment we cultivate for them, for better or worse, crafts the lens they will use to see the entire world. Though they may (and arguably should) rebel against many aspects of their environment, it will continue to influence them for the rest of their lives.

I believe a person’s sense of self-image is among the first and most vital aspects shaped by their environment. Unfortunately, I can tell you from personal experience that in many cases our culture inspires a toxic relationship with our bodies that follows us into adulthood, if not most of our lives.

Though it's worth noting that my weight was beginning to become a health concern, I’d never considered my body a “problem” until I heard how doctors talked about it. In the same way a hurt child won’t start to cry until he sees the worry in his parent’s face, I never felt bad about my body until the first time I felt like I was being looked at with disgust.

I don’t remember the exact words that were said the first time my pediatrician voiced her concerns about my weight to my mother, but the cadence of her voice is something I’ve never been able to forget. I was ten years old, and she talked about me the way I imagine Oncologists give a serious diagnosis — as though telling my mother her son was fat was akin to a death sentence. I remember looking at my reflection in the full-length mirror across from my seat as I listened to her speak. As I watched my chubby little legs dangling off the edge of the examination table, I asked myself if something was wrong with me.

At thirteen, I was escorted by my parents to Weight Watchers for the first time... I’d later learn that anyone under 16 needed a note from a doctor with the child’s goal weight in order for them to be accepted into the program at such a young age.

This is the first time I can recall asking this question, and a day hasn’t gone by since without me asking it again.

The options suggested by doctors over the next few years to try and “fix” me helped create a negative outlook toward my body that hadn’t really existed before. In the years following, I’d go through a series of fad diets and weight loss programs in an attempt to lose weight. Each of these would eventually prove to be counterproductive and have a negative effect on me socially — and the shame and disappointment that followed only added to a growing sense of self-hatred.

At twelve years old, it was suggested that I begin the Atkins Diet, one of a hundred different crash diets that became popular in the early 2000s before fading into obscurity once society collectively agreed that it was bullshit. Though it’s low-carb, high-protein restrictions yielded immediate results, it was as unsustainable as it was unhealthy. I dropped a dangerous amount of weight within the first two weeks, and quickly found myself feeling nauseous after every meal until I lost the will to eat and skipped meals entirely. As my classmates began to wonder why I came to school with a lunch bag full of deli meat and bully me for it, it got harder to maintain the will to better myself.

At thirteen, I was escorted by my parents to Weight Watchers for the first time, and as I walked to the counter, I watched as my mother slid a piece of paper across the table. I didn’t know what it was at the time, but I’d later learn that anyone under 16 needed a note from a doctor with the child’s goal weight in order for them to be accepted into the program at such a young age. I sat around and watched as other people, who were mostly women in their mid-to-late fifties, traded stories about their struggles with their own body image. When I was introduced to the group by the leader of the meeting, I could feel the energy of the room change. It felt like the entire room was collectively feeling sorry for me. After a few more meetings, I couldn’t bear the feeling of being pitied by people who thought I’d messed up so early in my life.

At fourteen, a physician recommended me to a hypnotist, which I mention mostly because of how fucking ridiculous it was. To this day, I find it inconceivable how we treat bad hypnotists — mostly because it doesn’t work, but for some reason we always play along because we don’t want to come off as rude. He attempted to convince me that I didn’t want fast food, which is untrue of any teenager, before charging my parents $125 dollars for his time.

While the weight loss programs I was introduced to during childhood were at best ridiculous, and at worst, deeply detrimental to my health, the most toxic effect it had came about only after I actually started to live a healthier lifestyle.

Once I began to eat healthier, exercise regularly and see actual results, my negative relationship with my body began to rear its head in ways more subtle and dangerous than previously imagined. Results stopped being enough, because the weight I was dropping still wasn’t enough to make me look how I thought I was supposed to. What began as healthy eating habits soon turned into restrictions, as I counted every calorie and wrote down everything I consumed — paused for a moment only by sessions of binge eating originating in the deep-rooted feeling that I’d never be good enough.

This cycle continued for years, broken only by the realization that the numbers on the scale and my worth as a person were completely unrelated — a realization that came in the face of everything I’d been taught about my own body.

It’s a struggle that remains with me to this day, and one I will probably never outgrow. There are still moments when I look at meals laid out for me or catch a glimpse of myself in a mirror and feel like damage control, like someone who managed to correct the course of a disaster before it was too late. These moments are fleeting and have become fewer and further between over time, but they will never completely go away.

It would be untrue of me to say I have all the answers. It would be unfair of me to pretend that I’d know exactly what to do if faced with the situation of having a child whose weight was becoming a serious health risk. However, I can tell you this.

Whatever route you decide to take with the health of a child, make sure it’s treated as a growing opportunity and not a solution to a problem. Your children are not problems — they are the foundation upon which the adults of tomorrow will be built. Ensure that the relationships they forge with their bodies are ones rooted in love and kindness — that even in moments of reflection and self doubt, they treat themselves with a gentle touch. They are building a home they will live in for the entirety of their lives, and it deserves to be looked at as a thing of beauty, no matter how far it is from being “perfect.”

If you like this article, please share it! Your clicks keep us alive!
Tags
Kids
diets
weight loss
dieting
Atkins
Children