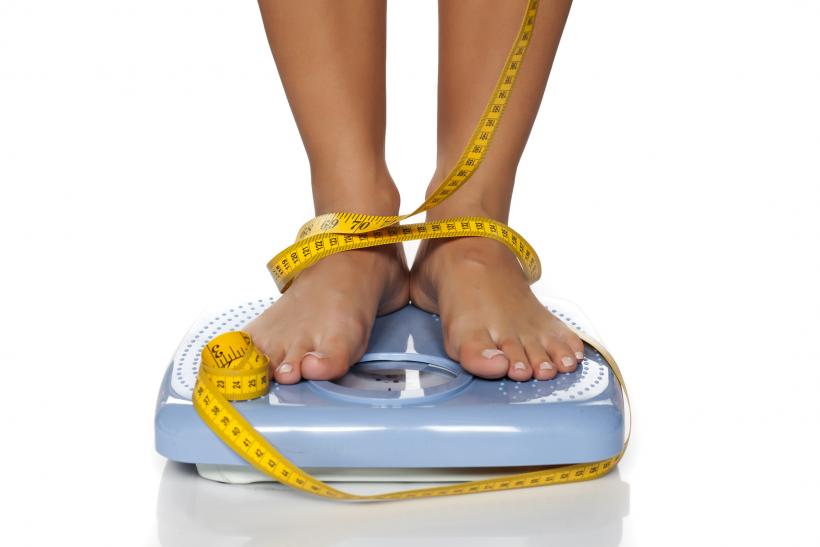 In the face of funding shortages, Vale of York Clinical Commissioning Group (CCG) has decided that patients with a body mass index (BMI) of 30 or above,  as well as smokers, will be barred from most surgery for up to a year.

Let’s be clear, they are not suggesting that the surgeries are less necessary for fat people and smokers than for thin people and non-smokers, and they are not suggesting that waiting a year will be good for these populations. They are simply saying that they’ve decided that, in order to save money, if your weight in pounds times 703, divided by your height in inches squared, is greater than 30, or if you are addicted to nicotine, you are less deserving of routine medical care.

Smoking and body size are not the same thing. Smoking is a behavior often an addiction –​ that is easily defined by a single behavior: every smoker smokes. Body size is a state of being, affected by multiple and complex factors, many of which are beyond our control. People can and do have the same body size, yet very different behaviors, or very different body sizes with similar behaviors. Fat people’s behaviors vary as much as any group of people who share a single physical characteristic.

While I don’t think that smokers should be denied healthcare, for the remainder of this article I’ll focus on my area of expertise, which is weight and health.

Under this rationing plan, those with a BMI of 30 or more will have to wait one year for surgery for non life-threatening conditions, but could possibly get surgery sooner if they lose 10% of their body weight. How does this make absolutely no sense?  Let me count the ways:

Losing 10% of their body weight may not change their BMI category, so people will be approved for surgery at a weight at which they would have been denied if it was their weight when they walked in the clinic door.

Plenty of people who have a BMI of 30+ wouldn’t even be defined by medical standards as having “excess body fat,” and so some people who need surgery would be forced to either wait a year, or lose muscle mass in order to be approved.

Don't fool yourself - this isn't about "healthy behaviors." There are plenty of fat people who eat as "recommended" and exercise, and plenty of thin people who eat in ways that are stereotypically ascribed to fat people, and are completely sedentary to boot.

In the research that exists, it is very rare for people, even in the short term, to lose 10% of their body weight (let alone if they are in constant pain with limited mobility, waiting for a knee or hip replacement that has been denied them because of their body size). Of course, the people who made this decision may be considering this a feature and not a bug, since the goal isn’t anybody’s health, but simply to keep people from accessing healthcare.

By far the most common outcome of weight loss attempts is short-term weight loss, followed by long term weight gain, with the majority of people gaining back more weight than they lost, thus making it even more difficult for them to gain access to routine healthcare later in life, when they are more likely to need it. Again though, this may be part of the goal.

It encourages people to do unhealthy things to try to lose weight quickly so they can get medical care (which nobody disputes that they need), which may lead to them requiring additional medical care and costing more money.

Fat people may avoid going to the doctor until their conditions do become emergencies (and thus more expensive.)

For all the insistence that fat people need to exercise (though in truth, nobody of any size is obligated to participate in exercise), sports injuries are a very common reason for people of all sizes to need routine surgery. So it’s likely that fat people will opt out of physical activities, since they won’t be able to get care for any injuries they might suffer.

Don’t fool yourself – this isn’t about “healthy behaviors.” There are plenty of fat people who eat as “recommended” and exercise, and plenty of thin people who eat in ways that are stereotypically ascribed to fat people and are completely sedentary. To paraphrase the brilliant Marilyn Wann, the only thing you can tell by someone’s size is what size they are, and what your personal prejudices about people that size are.  Well, in York you can tell if they can access routine healthcare so that’s three things I guess.

According to the Telegraph, Chris Hopson, the head of NHS Providers, which represents acute care, ambulance and community services, said: “I think we are going to see more and more decisions like this.

“It’s the only way providers are going to be able to balance their books, and in a way you have to applaud their honesty. You can see why they’re doing this – the service is bursting at the seams.”

So let me get this straight: the “only way” to balance the books is blatant discrimination, which is also what passes for honesty?  If indeed they must do this (and there are serious questions as to the politics behind how and why this shortage was created), wouldn’t it be more fair to do it on a lottery basis, rather than choosing fairly random groups for blanket discrimination? I think Chris Hopson and the decision makers here need to try a little harder to find solutions.

Don’t fool yourself, this isn’t about health, or healthy behaviors – this is about money, and it’s about the people in charge deciding whose blatant oppression the general citizenry will tolerate. Years of campaigns suggesting that it’s fine for people to stereotype fat people and blame us for their problems have led to a situation where people are comfortable with us being denied the same medical care that they receive. And that should horrify you. The idea that a group of people can be denied medical care, left to languish in pain for a year, due to the results of a mathematical equation and the stigma that goes along with it should scare you to death.  Because it’s us today – but who will it be tomorrow?

If you like this article, please share it! Your clicks keep us alive!
Tags
obesity
body acceptance
doctor
health
wellness
fat
HAES