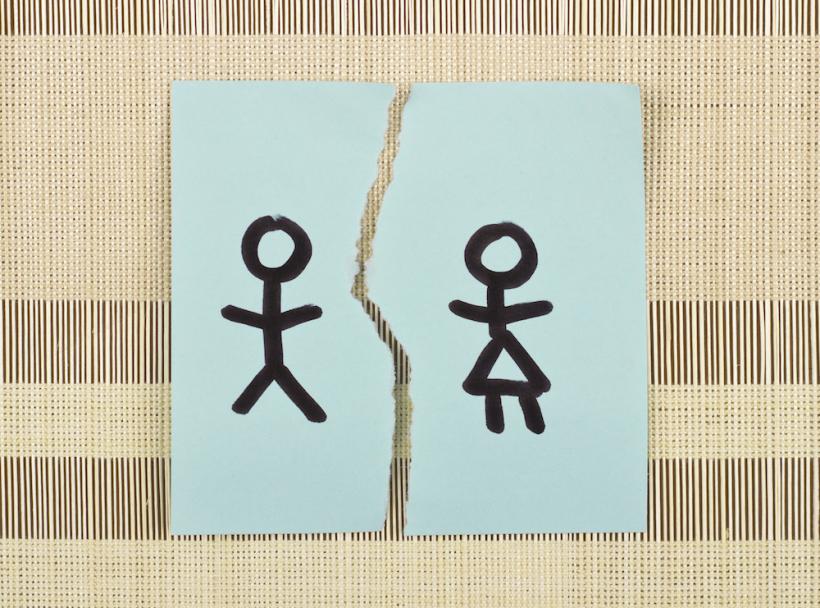 Talking about gender needs to happen early on.

If you are aware of your gender identity, have that talk early on. I’m not saying  first-date early; but still, talk about it early on and give your partner the option to decide if they accept it or not.

I’ve heard that you learn something new in every relationship you have in life, and I guess that’s true. But I actually learned more in my recent breakup with my ex of nearly a year than I did in the relationship itself. And they were some lessons I really needed.

Dating when you are transgender isn’t easy. Here are some key points I took away from my first relationship after coming out as trans:

1. If they drop hints about things they prefer on you, they may be hinting they don’t want a trans partner.

I started my transition after I started dating my ex.

He will still swear up and down that he had no issue with my gender identity; but at the end of the day, it was obvious how uncomfortable he was.

He would hint to liking my girlier clothes better and loving the long hair I had when I first started dating him early last year. To really get his attention I had to dress and act more girly.

As the relationship continued and I continued my transition, things rapidly changed between us. And while he may claim he had no issue with it, I could tell he didn’t want a trans partner. There were times he outright admitted he would have preferred to have a girlfriend — not a nonbinary partner.

2. Talking about gender needs to happen early on.

I made the biggest mistake in hiding it from him for several months. Part of me hoped if he got to know me and he fell in love with me, he would accept me for who I was.

Not only was it wrong for me to not be honest with him from the start, it was wrong to assume that he would love me despite my gender identity (though he claims it wasn’t an issue and that he did love me).

If you are aware of your gender identity, have that talk early on. I’m not saying first-date early; but still, talk about it early on and give your partner the option to decide if they accept it or not.

I’m not saying that it will be easy, nor am I saying that you should come out before you are ready to. I am saying, though, to try to have the talk sooner, rather than later.

3. They may not see you as the same person you were when you started your transition.

My ex will never admit it out loud, but he doesn’t see me as the same person he started dating. Truth is, I am the same person. My outside just finally fits who I always knew I was.

The only real difference is that I am finally happy.

But, at the same time, I understand it. While I am the same person I have always been, who he thought me to be did change. For some odd reason, our society views the gender of your partner to be a huge part of who the person is.

4. Their perception of your gender does matter.

So many people try to play it off as if it’s all about you and your happiness — therefore, the only opinion that matters is yours.

But let’s face it, in every relationship, we let our partners influence us and our decisions. If there is something they really like seeing us wear, we try to wear it for them. If they don’t like our new haircut, we are hurt by it and wait for it to grow out and try again. Their opinion does have an effect on us.

Therefore, if they don’t approve of who you are or respect the fact that it is who you are, it’s going to hurt. A person you care a lot about is almost saying they don’t love you for who you are. And loving a person for who they are is a big part of any relationship.

The biggest difference is that if they tell you they don’t understand, they are probably willing to learn about it, so they can try to understand.

Not caring, respecting, or validating you is more about refusing to accept you for who you are and not wanting to understand.

If you find yourself in that kind of relationship, leave. You can’t make someone love you, especially when it comes down to who you are as a person.

5. You need to accept yourself first.

This is pretty obvious to some people, but I was oblivious to how important this is. If you aren’t comfortable with who you are, your partner will never be either. Nor can they ever truly ever know who you are if you yourself don't have a good grasp on it.

I wasn’t 100% comfortable with who I was when I first started to date my ex. Because of this, his opinions, likes, and wants had a huge effect on me. I wanted to be the person who he wanted, and I lost myself a bit.

But I learned that if I want my partner to respect me for who I am, I have to have that respect for myself.

A big mistake I made was assuming that he wouldn’t accept me, so I waited months before coming out. And when I did, I assumed he would automatically accept me because he loved me. But that didn’t give him space to make that decision for himself.

However, it’s not just about coming out. Don’t assume your partner’s sexuality and that they would be attracted to you regardless of your gender identity and expression. Just because they are dating you doesn’t mean they are gay or straight. They could be bisexual, pansexual, or questioning, and thus not mind your transition.

Never assume someone’s sexuality, because you just might be wrong.

It sucks, it really sucks.

The person you care so much about hurting you every single time they open their mouths to misgender you.

So many will say they simply don’t remember. But if you are having to correct them every time, for a long time, then they're probably not forgetting. And you don’t have to put up with that sick invalidation. It’s emotional abuse. They are doing it with the intention of hurting you.

Don’t get me wrong, people make mistakes. Sometimes people mislabel you or misgender you because they genuinely forget.

But if it’s an everyday thing, that’s not forgetting.

Put your foot down and stand up for yourself — you deserve better treatment than that.

If you like this article, please share it! Your clicks keep us alive!
Tags
dating
trans
Transgender
nonbinary
breakup
advice