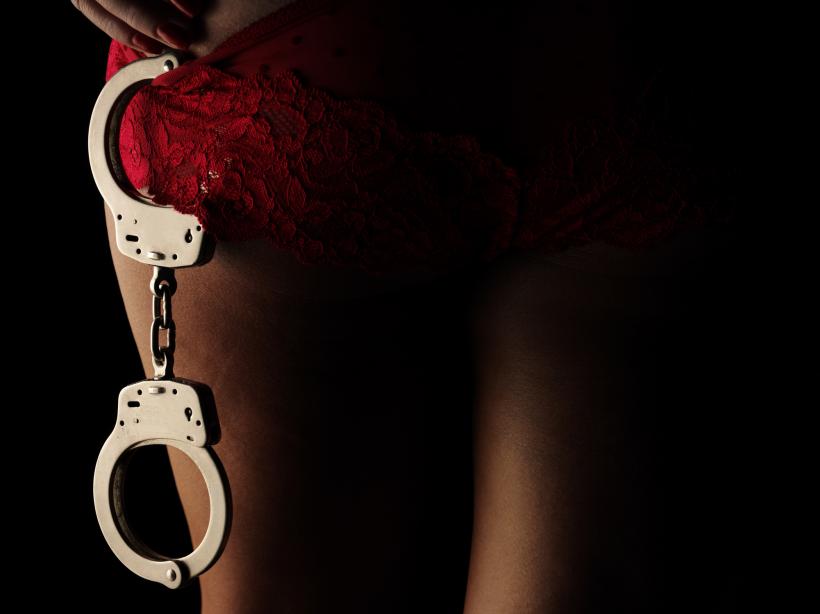 I’m an “s-type:" submissive, bottom, masochist, however you want to say it. “S-type” is an all encompassing label that just means I don’t enjoy being dominant or “topping” my partner.

In my current, primary relationship, I identify strongly as a bottom (though I do sometimes submit, which is why I’ll use bottom and sub interchangeably when referring to myself. It’s worth noting, however, that for some people, those things may not overlap. Top/bottom tends to suggest that someone delivers certain actions/sensations and another receives. This may or may not include power exchange, which is what the dom/sub relationship tends to focus on).

It’s there, bound and at the mercy of my partner, that I feel most comfortable, most myself, most empowered.

And yes, I’m a feminist.

I made this assumption because “submissive” was just not who or what I was (and I was not yet familiar with “bottom”). I presented myself in my day-to-day life as independent, confident, and dominant and I didn’t realize that a submissive could also be independent and confident. I didn’t fancy myself an s-type until, still in our early days of kink, I tried to dominate my partner and failed miserably.

Trying to be dominant feels like acting for me. This isn’t to say there is no acting during scenes when I’m bottoming, but there’s a reason why I preferred working backstage when I did theater in college - I don’t like pretending to be something I’m really not. It isn’t comfortable. It doesn’t feel natural. My partner decided he wasn’t interested in being submissive and so we’ve been in constant conversation about our roles and our kinky selves ever since. (That first belt-tying experience was now about five years ago.)

At the kink club we frequent, as queer-friendly as it is, it’s still very heterosexual and the majority of those couples are male dom/female sub. I often wonder why that happens. Is there some underlying reason why I see so many submissive women and dominant men? Are women actually more likely to be submissive, or do stereotypical gender roles unconsciously find their way into the kink world, too? I don’t know the answer and I’m not here to judge - you do you. I just often wonder if other people who practice BDSM have these conversations, or if my partner and I just think too much.

I like how it feels. I like where the pain takes me—into subspace where I feel calm and then like I’m flying before being brought slowly back down by my partner.

But we were both curious as to why I identify as a bottom, why I sometimes enjoy submission, despite my “real life” actions and appearance. How did our kink roles end up lining up with those gender roles which we are constantly trying to break down? (Perhaps I like being subversive so much that part of me just wants to subvert what is expected of me.)

I’ve simply found that during a scene - the space and scenario in which my partner and I play - is the one time and place where I can completely and freely (and voluntarily) relieve myself of the pressures of day-to-day life. Commanding respect and recognition is often more difficult as a woman (and even more difficult depending on other intersections such as race or gender identity). As someone who works hard daily to appear strong and be bold, bottoming gives me the chance to check out, to give my body and mind over to someone else whom I trust.

I call him my top, but my partner doesn’t even identify with the role he takes on. The truth is that if I weren’t kinky, he wouldn’t really be interested in BDSM. He calls himself a “service top,” meaning he’s delivering what I want. While there is always an element of submission in being bound and flogged, he’s doing it because I ask for it. I like how it feels. I like where the pain takes me - into subspace where I feel calm, and then like I’m flying before being brought slowly back down by my partner. He gives me that experience.

Although I submit to pain (I’m also a masochist - add that to list of labels), I am in control of it. I know the safe word. He does what he does because I ask him to and he wants to deliver. We negotiate everything as equals, and if something doesn’t feel right, for either one of us, we stop a scene and re-negotiate. When we’re not in character or taking on our respective roles, we’re equals. So even though, after that negotiation, I’m the one bound to a bench and being flogged into submission, it still feels pretty damn feminist to me.

Experiencing Sexual Pleasure When You Have Pelvic Pain
Nicole Guappone