Born Too Soon: Discussing The Death Of My First Child 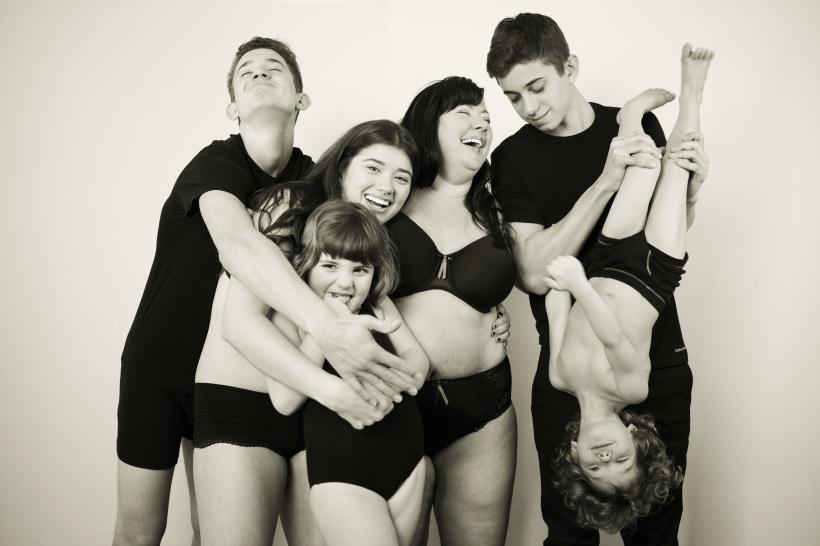 I kept crying for a long time — long after everyone else had stopped crying. (image credit: Ashlee Wells Jackson)

They didn’t sit alone in her nursery, surrounded by the things that should have been hers. They didn’t give her a name. I did.

I married my high school sweetheart when I was 19. Nineteen is young — too young to get married and definitely too young to have a baby, but I didn’t think so at the time. So a month after the wedding, I threw away my birth control and started perusing baby books.

I expected to see the two telltale positive lines within the first cycle — I mean, I spent all of high school being terrified of pregnancy, as if it might just happen, intercourse or not. Instead, I bought — and threw away — three First Response tests a month, for eight months. Every month, the arrival of my period brought tears. I tracked my cycle, my cervical mucous, my BBT (Basal Body Temperature). My 19 year old friends fell, drunk, down the steps of the frat house, I studied Neurobiological Psychology and went to bed by 10. Rising at 6:30 a.m., I faithfully took and recorded my temperature — tracking, graphing, plotting, planning.

I gave up caffeine. I took prenatal vitamins. I avoided hot baths and hot tubs. I ate a lot of Lucky Charms and Oreos and crab legs. I bought maternity clothes and baby clothes and a crib. I picked names and read books. I decorated the gender-neutral nursery. I never missed a doctor’s appointment.

In May I went to what should have been a regular visit to the OB. Dr. Melchione Dopplered my belly, looking for the whoosh that confirms the presence of the tiny being inside. When he couldn’t find it he told me, “Don’t worry, babies hide,” and he rolled in a rudimentary ultrasound machine for an inside look. With a glop of jelly and a pass of the scanner, I suddenly realized, this unexpected scan would reveal the sex of our baby.

But instead of assurances and excited proclamations of the sex, Dr. Melchione fell back on his rolling stool. He quietly spoke the words I would hear over and over in my head for years.

“I don’t even know what to say, Joni. Your baby isn’t alive.”

I asked him for a trash can — a receptacle for the vomit I felt rising. And then things blurred. There was a visit to a higher resolution radiology department, which revealed the same motionless uterine landscape. Only stillness. The table was hard, the jelly cold, the technician silent, and the radiologist straight-faced, as he too told me that our baby was dead.

Then there was a visit to another doctor. Then back to my doctor, and other visits here and there. There were plans and appointments and a lost appetite and fear and tears.

I sat in my OB’s office, me in a stationary leather chair, clothed in a summer maternity dress, him with his folded hands and his white coat, sitting across an expanse of oak. And I cried. My husband asked what we should do. And I waited, paralyzed, for one of them to tell me. What should I do?

The baby had been dead for some time. He didn’t know long long. A week? Two? More? She wouldn’t look like I would “expect,” he said. I didn’t know what to expect. I should have a D&E, he said. This is a fancy acronym for second-trimester abortion.

I saw a new doctor, one who performed abortions. There was jasmine outside his office in full bloom. It made me sneeze, made my eyes water, made my nose run. I sat in his office, flanked by pregnant women, artistic renditions of mother and child hanging on the walls. In the exam room, in a paper gown, feet in stirrups, I cried. Then, through sobs, something penetrated my cervix, a forced passage from my womb to the world — a dilator to prepare me for the procedure that would steal my unborn baby. I left his office cramping and crying, with an appointment for a D&E the next day.

I was sure I would birth my dead baby in my bed.

Instead, I contracted and cried all night. The next day, my face swollen with tears, my belly swollen with a baby I'd never meet, I went to sleep in a room with a nurse and an anesthetist and a doctor, a man I’d met once, on referral.

I woke up with a sore throat — and an empty uterus.

I kept crying for a long time — long after everyone else had stopped crying. People moved on with their days and their lives. They didn’t fold up the blanket and crib sheets. They didn’t put away the half-completed afghan. They didn’t sit alone in her nursery, surrounded by the things that should have been hers. They didn’t give her a name. I did. And I cried.

People sent condolences. They sent casseroles. They came to the door and told me they were sorry. They said, “You can have more children.” They said, “At least you're young.” They said, “It wasn’t meant to be.” They said, “Someone else needed that spirit.” They said a lot of things.

None of the things they said stopped my tears.

I cried until I thought there must be no crying left. And then I cried some more.

I put away the maternity clothes and the baby clothes. I put away What To Expect When You’re Expecting — no one told me to expect this.

Eventually I stopped crying every day and only cried every two days, and then every three, and then once a week. Then, after what felt like a really really long time, I got pregnant again. I was terrified. From the day I saw two lines to the day I pushed my living daughter out of my body — breathing, screaming — into a hospital room in the heat of August, I was terrified.

I stopped crying about Jordan and started laughing with Kelsey. And the pain of those days faded. Some.

The world forgot she ever existed. There was no tangible reminder, after all — no headstone, no photos, no lock of hair or footprints. There was nothing to indicate she’d ever been alive at all.

There was only the surgical report that I found in my chart on my first postpartum visit after she was born:

Twenty-two years ago I had a baby. The world forgot her, but I never will.

If you like this article, please share it! Your clicks keep us alive!
Tags
pregnancy
parenting
miscarriage