Can We Please Stop Hating On Princesses? 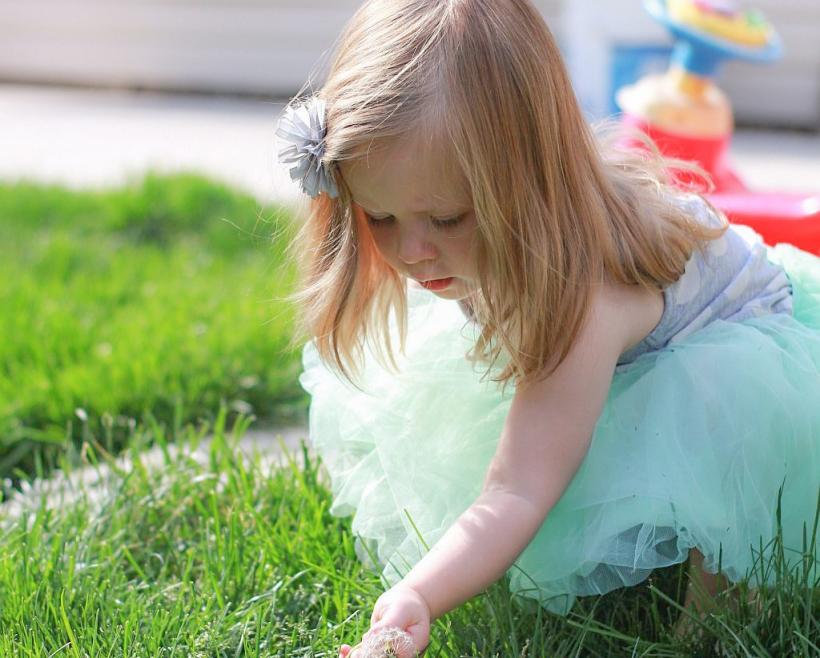 She likes princesses, but she is not defined by them. Image: Gemma Hartley.

I want my daughter to be her most authentic self, and if that means wearing a tiara and singing “Let It Go” all day, then so be it.

My daughter just turned three, and a flurry of pink and princesses came her way in birthday gifts — nothing in the world could have made her happier. She loves princesses and dress-up and anything traditionally girly.

I posted a photograph of her in a new tulle-laden princess outfit and a quip about how she refused to let go of “Let It Go.”

That’s when things got weird...

An acquaintance reached out to assure me that the princess stage was “just a phase” — as if her princess obsession was something shameful that required consolation.

I was shocked that someone felt compelled to reassure me that my daughter’s interests would change with time.

What if they didn’t? I thought. What’s wrong with princesses?

Of course, I know the answer to that — princess culture is deeply problematic when you take a closer look at how little agency it gives women and how it objectifies them, belittles them, reinforces harmful stereotypes — the list goes on and on...

There is plenty to bemoan when it comes to our girls being bombarded with princesses and the harmful ideologies. The heavy-handed marketing to young girls is appalling. Agreed.

Reinforcing those gendered stereotypes is harmful for obvious reasons.

Here’s the thing though: Those problems need not apply here.

I didn't force princesses on my daughter, and I'm not about to actively dismiss her interests just because they don't align with my feminist ideals. I’ve done my best to not expose her to all the princess marketing, but she is still drawn to it. She’s also drawn to bikes and mud and puzzles and crafts that involve entirely too much glue. She has no idea that she “should” like pink and princesses because she is a girl.

She likes princesses, tiaras and tulle because she is her own person.

Do I have my preference for what I would like her to do? Yes, but what I envision for her isn’t as important as what brings her joy and helps her find fulfillment.

My daughter can like princesses and be herself without succumbing to being a pawn in some big patriarchal game.

Maybe this is just a phase — or maybe she’ll end up dedicating herself to lifelong princess fandom. Maybe she’ll find she loves cosplay and wants a Disney fairy-tale wedding.

That's not my jam by a long shot, but it's also not my life — it's hers. Even if it means I don’t understand every aspect of her life, as her mother, I want to support her being her own person.

I think it's important to let our daughters choose their own interests, even if these interests are traditional or stereotypical.

Feminism should empower all girls — not just those who buck the system.

Do I have my preference for what I would like her to do? Yes, absolutely, but what I envision for her isn’t as important as what brings her joy and helps her find fulfillment. I want her to feel comfortable being herself, whether she wants to become an engineer or a professional Disney princess.

So, I’m making peace with princesses.

I want my daughter to be her most authentic self, and if that means wearing a tiara and singing “Let It Go” all day, then so be it.

I’m going to let her be whoever she wants to be.

Her interests are not coerced, and she has about as much agency as a three-year old could possibly handle. She knows who she is and she’s not afraid to show it.

When people call her a princess when she is dressed head to toe in tulle and tiaras, she gets a really serious look on her face before she corrects them.

She likes princesses, but she is not defined by them.

She’s an Avery, and that is exactly who and what I want her to be.

If you like this article, please share it! Your clicks keep us alive!
Tags
princesses
Disney
pretend
feminism
gender stereotypes
gendered toys
empowerment