The Daughter Bump: Why Having Daughters Might Affect Hillary’s Votes 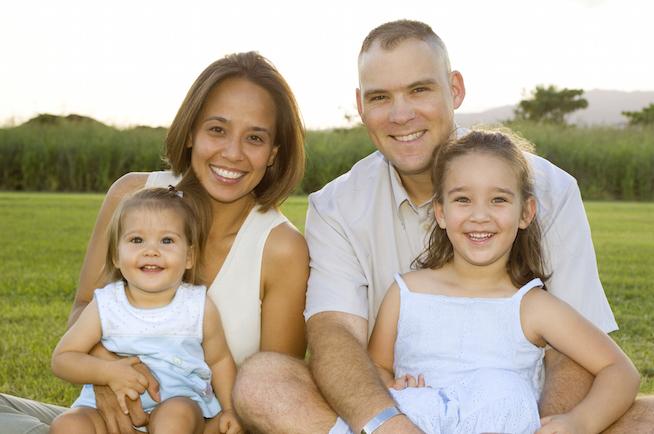 We need to believe in feminism before we get married and raise daughters.

...we need to learn to see femininity and gender equality as innately valuable — whether or not the feminine person in question is related to you or sleeping with you.

If Hillary Clinton wins the presidency later this year, she may have America’s daughters to thank.

Although the former Secretary of State shied away from addressing the historic nature of another Clinton presidency in her 2008 campaign against Barack Obama, it’s become a central part of her message in the 2016 race. During the first presidential debate, Clinton told the audience that, should she be elected: “Finally fathers will be able to say to their daughters, ‘You, too, can grow up to be president.’” On her website, Clinton’s campaign heartily posted a letter from a father to his daughters on why he plans to vote Hillary in November: “I am doing everything I can to put a woman in the White House because I believe both of you can grow up to be president — and I want you to believe it, too.”

That sentiment appears to be shared by many prospective voters with daughters at home: A YouGov poll published this week showed that the parents of young women were more likely to back Hillary Clinton than those who did not. As the Washington Post’s Michael Tesler reports, “the effect of having a daughter on support for Clinton is somewhere between eight and 20 percentage point.” Needless to say, that’s a rather significant gap.

The “daughter bump” is actually very common when it comes to influencing our political leanings — whether that’s for voters or elected officials. In a study for the American Journal of Political Science, researchers Maya Sen and Adam Glynn found that having a daughter has a marked effect on judges’ decisions. The pair wrote that magistrates in the US Courts of Appeals were more likely to rule in favor of women’s rights or gender equality than childless judges or those with sons. It’s similar to the “wives, mothers, and daughters” rule, in which men (including Barack Obama) state their support for feminism because of the women they happen to know.

Anyone with an Internet connection is quite familiar with this rhetoric. The “newly-woke feminist dad” and has become a meme in recent years in social-justice corners of Web, with recent parents extolling the virtues of gender enlightenment. These posts reached their inevitable peak when Chuck Creekmur, the founder of the AllHipHop website, wrote on MommyNoire that he could no longer support Nicki Minaj flaunting her ample posterior and singing about reptiles. Why? Well, he has a daughter now. (Even Barack Obama — in a 2013 speech — urged Americans to fight sexual harassment in the workplace and domestic violence because that could be your mother, not because it’s wrong to beat women.)

As Salon’s Mary Elizabeth Williams pointed out, these “self-congratulatory” posts often fall prey to the worst aspects of pat-yourself-on-the-backtivism, as if to say: “Yay, I get it now! Good for me!” And Kat Stoeffel, in an essay for New York magazine’s the Cut, explains that these arguments only reassert the gendered power dynamics they should be breaking down. “They only enforce women’s status as daughters and wives,” Stoeffel writes. “It’s hard to bring down the patriarchy by reveling in your status as a patriarch.”

Why don’t fathers understand the virtues of a female president until they birth a young woman of their own? Why do men like stand-up comedian Aziz Ansari — who was recently converted to feminism by his girlfriend — need to have sex with a woman before they see their viewpoints as valid and valuable? Shouldn’t women’s voices (or even their candidacies for President) be able to speak for themselves?

After all, women are doing just that every day — by speaking to their experiences with gender-based discrimination on platforms like Twitter. Following the 2014 Isla Vista tragedy — in which 22-year-old college student Elliot Rodger murdered six people, citing his feelings of female rejection, the #YesAllWomen hashtag highlighted women’s sobering accounts of everyday sexism. These women might not have been all the victim of a violent attack (some were), but they understood intimately the constant threat of being female in a public space. They live it.

Members of the opposite sex reported surprise and shock at these stories — even though the fact that women often have to deal with horrific, sexist bullshit should be blatantly obvious. As Slate’s Amanda Hess wrote, the reason these lessons hadn’t already occurred to so many men is because misogyny tends to “[hide] in plain sight.” “Men who objectify and threaten women often strategically obscure their actions from other men, taking care to harass women when other men aren’t around,” she writes. Other men might view acts of sexism as perfectly normal behavior from other men. It’s not sexism. It’s just how guys are.

Challenging this invisibility through the power of storytelling can be important and eye-opening, but there’s little more innately powerful than direct experience. Men may lack a portal into women’s brains a la Being John Malkovich, but actually seeing the world through a woman’s eyes can be an important tool in fostering understanding. In an article for the Huffington Post, Ariel Chesler — who learned the value of feminism through, you guessed it, his mother — said it’s a matter of both showing and telling. “Had my mother…simply told me that ‘women are people too,’ it would not necessarily have been enough,” he said.

There’s an episode of Ansari’s own Master of None that perfectly speaks to this ideas. In “Ladies and Gentlemen,” his character’s girlfriend, Rachel, spends the entire episode explaining the microaggressions that — as a woman — she experiences every day.  However, her testimony doesn’t make Dev any more able to call out sexism when he sees it. While the two share a drink with friends at a bar, a work colleague snubs Rachel when greeting their group. Dev brushes it aside as “no big deal.” But Rachel knows what’s going on — she’s used to being treated as less important or worthy of regard than the men around her. In learning to see the situation through her point of view, it forces Dev to question how he might also silence women’s voices.

If there exists a marked empathy gap along gender lines, in which men aren’t taught to put themselves in a woman’s place, it seems like the “daughter/girlfriend bump” offers an easy shortcut to bridging that divide. But the most crucial way to break down that barrier isn’t by procreation. Instead, we need to learn to see femininity and gender equality as innately valuable — whether or not the feminine person in question is related to you or sleeping with you. Hillary Clinton has proven herself for more than three decades as an attorney and distinguished politician, and only the second female Secretary of State in US history. Those credentials should stand on their own — without the help of American dads.

If fathers hope to pave the path to the presidency for the next generation of women, I hope they show them that their accomplishments, goals, and perspectives matter on their own — not because of what they mean for men’s feelings.

If you like this article, please share it! Your clicks keep us alive!
Tags
Hillary Clinton
daughter bump
father's voting for Hillary
#YesAllWomen
feminism