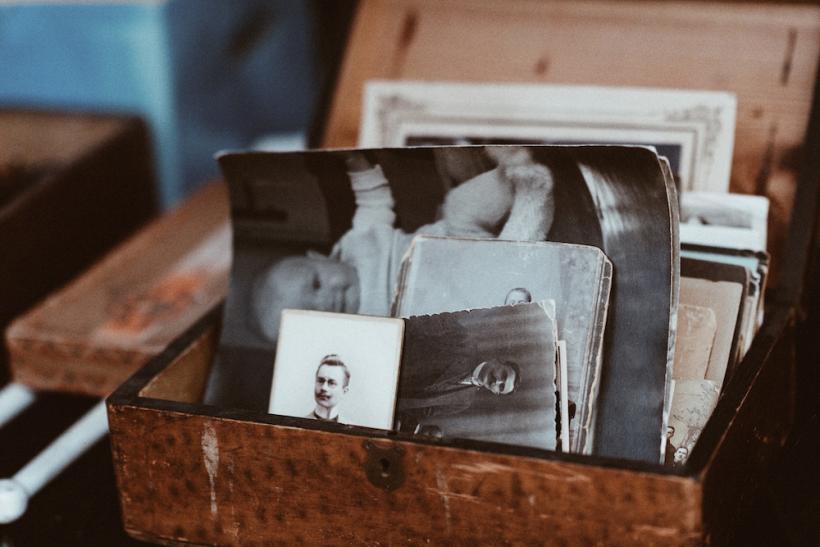 In fact, it’s safe to say that women tend to be left out of history, period.

Take, for instance, the very quote I just referenced. Although it’s been misattributed to everyone from Eleanor Roosevelt to Marilyn Monroe, it was actually written by Harvard historian Laurel Thatcher Ulrich when she was a graduate student in the 1970s.

There is such a dearth of female historical representation that the natural inclination is to assume everything important was said or done by men. Barring that, it’s to attribute it to the same rotation of important women in history: The aforementioned Roosevelt and Monroe, Cleopatra, Elizabeth Cady Stanton, and so on.

However, women contributed far more to history than many texts would have you believe.

One timely example is Jeannette Rankin, whose birthday is on June 11.

The daughter of a rancher and a schoolteacher, Rankin was a driving force behind the women’s suffrage movement, eventually securing women the right to vote in both Washington state and Montana.

In 1916, she ran for a seat in the U.S. House of Representatives and won, becoming the first woman to serve in Congress. Most textbooks stop there, but Rankin continued to campaign for pacifism and women’s rights until her death in 1973.

Of course, Rankin is fairly well-known if you keep up with feminist history, but trust me — she was hardly the only lady to leave a badass legacy.

Raden Adeng Kartini, also known as Lady Kartini, is widely credited with popularizing the women’s rights movement in Indonesia. Born in Mayong in 1879, Kartini was educated in a Dutch school until adolescence, when tradition prohibited her from continuing her education; instead, she was secluded from the outside world until she would be married off to a nobleman.

During her forced isolation, Kartini became interested in women’s rights and national policy, writing many letters speaking out against Javanese traditions that prevented women from receiving an education. She grew to have numerous prominent correspondents, including Dutch feminist Stella Zeehandelaar and various Dutch public officials.

Although she received a scholarship to study abroad, she married the regent of Rembang, Raden Adipati Joyodiningrat, and was, therefore, unable to accept.

In 1903, however, she opened a primary school for native girls, where she taught based on her own syllabus and form of instruction.

Unfortunately, she died in 1904 at age 25, not long after the birth of her son. Her birthday is still celebrated in Indonesia as Kartini Day.

So, to recap: Kartini used forced isolation as an opportunity to correspond with public officials on national policy, married a nobleman because it was expected of her, and then convinced him to allow her to give young women the education she never completed.

Originally a freelance journalist — a job which she conned her way into by pretending to speak fluent ancient Egyptian — native New Zealander Nancy Wake worked in Paris as a European correspondent by day and seduced men in Parisian nightclubs by night. In 1939, she married a like-minded French industrialist with whom she settled in Marseilles.

After Germany invaded France, however, she began aiding the resistance fighters in secret. Her activities were eventually discovered, forcing her to flee to England, where she trained as a Special Operations Executive.

In 1944, she returned to France by parachuting into the country to help with operations leading up to D-Day: Collecting ammunition, maintaining communications with England, and making life miserable for the German invaders.

After the Gestapo put a bounty on her head, she proved so difficult to capture that the military nicknamed her “The White Mouse.” At one point, she ruthlessly executed a suspected German spy and reportedly killed a man with her bare hands.

The most badass part? She wasn’t even scared, bro.

“I was never afraid. I was too busy to be afraid,” she once said, according to the New York Times.

Mata Bhag Kaur, also known as Mai Bhago, was born in the 18th century in what is now India’s Punjab district.

Growing up, her father taught her how to ride a horse and gave her military training, which came in handy down the line after 40 soldiers straight-up deserted their Sikh village to the Mughals without putting up a fight.

Mai Bhago decided to strap on her own armor.

She rallied the deserters to go back into battle, and led the group against Mughal troops pursuing the Sikh warrior leader Guru Gobind Singh.

Although the other forty men died in battle, Mai Bhago survived and went on to live to old age.

Betrothed at a young age to the decidedly unpopular heir to the British throne, Edward of Caernarfon, Isabella spent the first years of their marriage enduring humiliation at court as her husband made no secret of his affair with his favorite, Piers Gaveston.

In fact, his preference for Gaveston was so pronounced that legends claim the King outright abandoned Isabella to Scottish forces at Tynemouth. Historians today have disputed the tale, but the fact remains that the marriage was strained, to say the least — and that was before King Edward got a new boyfriend who convinced him to confiscate Isabella’s lands and dismiss her household staff.

Isabella eventually convinced the King to let her return to France, ostensibly to negotiate on his behalf.

Once she arrived, however, she refused to leave and had an affair of her own — with Roger Mortimer of Wigmore.

In 1326, she and her boyfriend returned to England, where they deposed King Edward and installed themselves as regents on behalf of the heir to the throne. After the prince assumed power, Isabella retired to become a nun, where she presumably had the best stories out of the entire convent.

Trung Trac and Nhi were born in the first century in modern-day Vietnam, which had been occupied by the Chinese for over two hundred years at that time. As the daughters of a Vietnamese lord, they were well-educated and trained in military strategy.

Trac went on to marry the powerful lord Thi Sach, who was executed after protesting a tax increase by the local Han governor. Rather than observing traditional mourning rites, Trac chose to avenge her husband’s death by rebelling against the Chinese with her sister.

The two sisters gathered an army of 80,000, training 36 women (including their mother) as generals in the process. Over the next year, Trung Trac and Nhi overtook 65 citadels in the north and declared themselves queens of an independent state. Unfortunately, their reign only lasted three years before the Chinese government decimated their troops. Like true badasses, they didn’t allow themselves to be defeated entirely; some legends say they ascended into the clouds (you know, like you do), while others claim they committed suicide by drowning themselves in a river.

There’s no word as to whether they walked away from an explosion in slow motion without looking back, but it probably goes without saying.

If you like this article, please share it! Your clicks keep us alive!
Tags
history
women
feminism
sexism
stuff you missed
jeannette rankin
the trung sisters
Raden Adeng Kartini