How My Father Helped Me Become The Feminist I Am Today 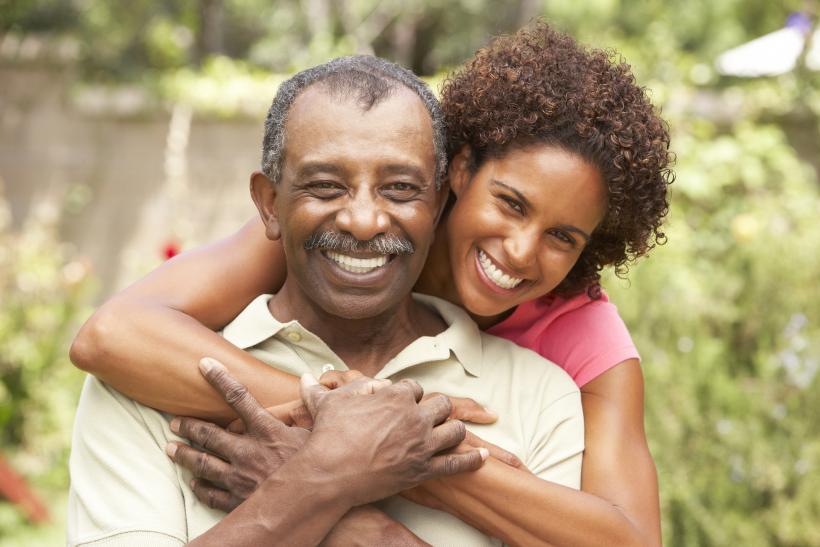 "In a culture where men are taught to be aggressive, dominant, and condescending, my father was nurturing, quiet, and never once treated his daughters and son differently." Image: Thinkstock

One morning, in my parents’ sunny yellow kitchen, my mother divulged something I’d figured out on my own long ago. “The Disney years weren’t my favorite part of being a mother,” she said, with an elaborate shudder, passing me a coffee mug.

That was how she referred to the few years she spent at home raising my sister and me until we were old enough to go to school: The Disney Years. Always said darkly, with a grimace.

“I know,” I replied. “Dad would have been way happier staying at home.”

It’s a widely agreed-upon fact in the family. While my mother is a constant flurry of motion, my introverted father would have been perfectly happy staying at home with two young children, publishing a series of science fiction novels in his spare time. My mother’s boredom during her brief stint as a stay-at-home mom certainly wasn’t a reflection of how she felt about my siblings or me; anyone who ever exchanged more than a few words with my mother could tell you that she was never meant to be a housewife.

Independent, intellectual, and possessed of an inescapable urge to Get Things Done, she used to become so bored with the company of toddlers that she invited Jehovah’s Witnesses inside just for the chance to talk to someone whose interests extended beyond princesses, Disney movies, and flinging wet washcloths at each other. (The latter was a game my sister and I used to play in the bathtub; for reasons lost to time, we called it “Tomato.”)

It would be easy to point to my mother as the originator of my lifelong feminism. She kept her last name when my parents married in the ‘80s, refused to perpetuate schoolyard gender norms, and encouraged my sister and me not to let anyone limit us by our gender.

In elementary school, I was once scolded by an aunt for declaring I wanted to be a feminist when I grew up; after said scolding, my mother quietly gave me a high five and some ice cream. (My aunt was correct that I didn’t have the most nuanced understanding of feminism back then, but I knew this: People treated me differently because I was a girl, and I hated it.)

My mother may have been the louder influence, but ignoring my father’s impact does us both a disservice. In a culture where men are taught to be aggressive, dominant, and condescending, my father was nurturing, quiet, and never once treated his daughters and son differently.

Where my strong-willed mother exemplified the fact that women can do anything men can do, my father showed that the converse is true as well.

Father-daughter relationships occupy a peculiar space in the patriarchy; men are expected to “protect” their daughters, usually from other men, while women are encouraged to see their fathers as the only male figures in their lives until they’re married off.

One of the most overt examples of this relationship is the purity ball, in which girls essentially pledge their “purity” to their fathers until marriage. The questionable implications of these balls aside, they do exist, particularly in the area of the South, where I was raised.

The father figure himself exemplifies a hypermasculine ideal of strength and stoicism; although things are changing, fathers are still traditionally seen as the distant disciplinarian to a mother’s warm devotion.

With my mother’s considerable influence in my life, it’s inevitable that I would have turned out to be a staunch feminist. But with my father quietly challenging gender norms in the background, I never became bitter in the fight for equality.

Just last year, research from Georgetown University shows that the majority of Americans still prefer men to be the primary breadwinner in a household, and the brunt of childcare is still left for women to shoulder.

Few men conform wholly to this stereotype, but my father never had time for patriarchal nonsense of any kind. Years before feminism enjoyed its current resurgence in popularity, he never once showed any problem with our mother’s status as the undisputed head of household, nor did he make even a passing effort to show interest in the things he “should” enjoy by virtue of his gender. He prefers for my mother to drive everywhere, and my teenage brother nearly tore his hair out in frustration trying to teach him to play catch.

Rather than trying to control his daughters’ behavior, my father did all he could to support our freedom of choice.

When I experimented with makeup and skimpy shorts as a teenager, he kept his commentary to “very nice, honey.”

When I went on my first date with a boy, he merely hugged me and told me to stay safe — the proverbial shotgun never came up, even as a joke.

When I came out to him at 19 and immediately burst into tears (not out of any fear for his reaction, but for sheer relief to say it out loud), he patted my back and handed me tissues until the flood petered out. After I thanked him for supporting me, he blinked owlishly behind the lenses of his glasses.

“I’m just doing what any father would,” he said, honestly bewildered. In his mind, that’s the way parenting works: You support your children, no matter how ill-advised, inexplicable, or simply odd the decisions may be.

Societal norms didn’t factor into it; as far as I can tell, the possibility that some parents might frown upon their children’s sexuality or personal choices never crossed his mind.

With my mother’s considerable influence in my life, it’s inevitable that I would have turned out to be a staunch feminist. But with my father quietly challenging gender norms in the background, I never became bitter in the fight for equality.

For every man that catcalls me on the street or tells me I’m too pretty to be smart, I know there’s a man who believes in equality just as strongly as my father.

You’d be surprised how comforting that knowledge can be.

If you like this article, please share it! Your clicks keep us alive!
Tags
feminism
gender roles
parenting
father
mother
Dad