Homeschooling Didn't Work For Our Family, And That's OK 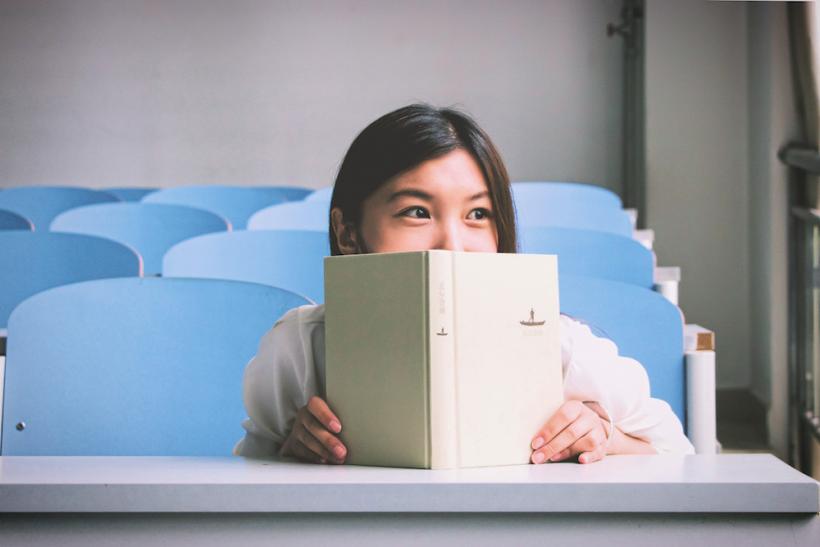 The year we homeschooled our fourth-grade son, it seemed like the best idea. We no longer could afford the private school he had been attending, and weren’t sure the local public school was going to be a good fit. I was at home with our 2-year-old daughter, a naturally calm and easy toddler, so it seemed manageable to care for her and homeschool him.

There are an estimated 1,576,516 homeschooling families in the United States, or about 3% of the population. Homeschooling is comprised of various styles, including curriculum-based and unschooling — which is loosely defined as student-directed learning, meaning that the child chooses what subjects to immerse themselves in.

When I homeschooled my son, we chose to do a charter-school-based program. This meant that the charter provided us with a basic curriculum, some learning materials, an occasional paid-for field trip, and a teacher who visited our house every other week to go over my son’s progress.

It started out well, but quickly went downhill.

My son didn’t like me to be mother and teacher. He didn’t like having to do “work” at home, where he knew all his toys were, his dogs, his skateboard. He didn’t like associating his space at home with school, something that I’ve heard working adults cite as their main reason for avoiding working from home.

Allison Coleman has unschooled her four children their entire life. Spanning the ages of 23 to nearly 14 years old, two are in college and two are not. Unschooling for the Coleman family has been, overall, a success. Coleman wrote me that as a single, working mother, she struggled to find childcare when her kids were younger, and ensure they got to their various activities.

The tradeoff, she writes: “They are each very much their own person and haven't been shaped by the schools' or peers' expectations of behavior. They are pretty fearless, and can hold their own with anybody of any age.”

When Coleman’s children were ready to attend college, they did have some catching up to do in order to pass the required tests. Coleman took her children in to the high school counselor, where they discussed what was necessary, and after a month or so of preparation and study, they were ready.

Coleman writes that with one exception, her four kids have loved unschooling, and relish the various freedoms that come with it. “My son once had a minor attack of regret about unschooling,” she recalls. His high school girlfriend was ahead of him academically, and it sparked doubt. But eventually he thought better of it.

Jenna Carodisky-Wiebe did a more traditional homeschooling, or “classical” homeschool, which, she writes, encompasses repetition, history taught chronologically, and Latin and Greek. Classical art and music are also included.

Carodisky-Wiebe’s children have had a good experience with homeschooling, and she says, “It gave them a chance to work at their own pace, and I feel it exposed them to concepts they wouldn't have gotten elsewhere.”

For Carodisky-Wiebe, the challenge was to provide the children learning at their various levels, and she cites routine as being central to success.

It was routine that my own son hated most in our homeschooling curriculum, so I tried to adapt. We moved toward a more unschooling-style approach while still using the general structure and supports of charter school.

For him, it simply just didn’t work, and I was OK with that. The next year, he attended our local public school, and was much happier and back on track learning.

Homeschooling isn’t for everyone, but when it works, it can be an incredible experience for both the child and the parent.

Shannon Pojedinec has two children still homeschooling. Originally, she chose to homeschool her oldest child because the public school system was poor, and her daughter had severe food intolerances.

Pojedinec said in a phone interview that she wanted to work on her daughter’s weaknesses while bolstering her strengths, and didn’t feel the school system would be able to do so.

Her children work a rigorous course schedule; Pojedinec mentioned “academic rigor” more than once, and it’s worked very well for her children, both of whom are scholastically advanced and will be more than ready to attend the high-level colleges they are interested in.

“Your children will not work harder than you do,” she says.

Pojedinec takes a team approach to homeschooling, and sits at the table with her children while they are learning, guiding them and answering questions.

She also has to administer standardized testing to her children at certain points to comply with state laws. Those tests are part of the problem with standardized schooling, Pojedinec believes, as they don’t accurately reflect the child’s learning.

When her daughter took the ITBS test, she tested at 96% despite her struggle with spelling — because they were multiple choice, her daughter was able to test very high, despite her low level of spelling comprehension at the time.

Pojedenic’s son is dyslexic, and she didn’t see the school system offering remediation that would work to address the dyslexia. She and her husband were concerned that their son might self-medicate due to a low sense of self from struggling in the school system with dyslexia, as they’d seen happen with others.

Her children are happy to be homeschooled. Pojedenic has offered for them to attend public school, but they both decline.

She says, “My kids have always had a voice in this. Ultimately, this is their education.”