How Getting Older Improved My Relationship With My Family 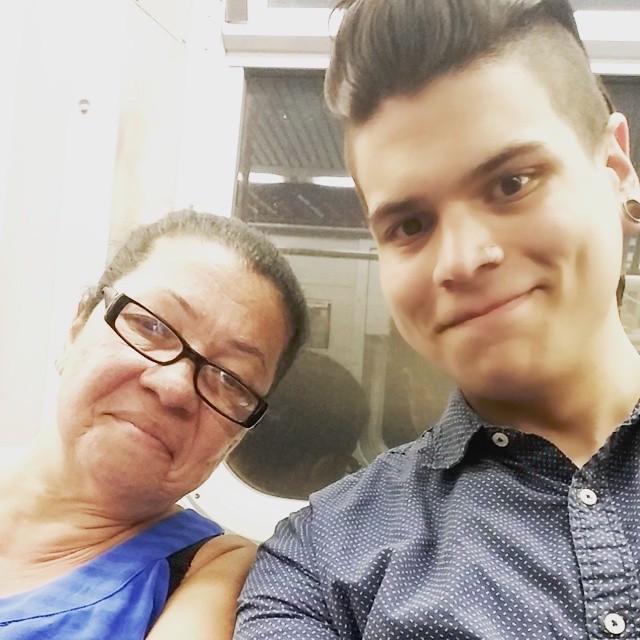 My mother is my number-one fan, and has been since before I’d produced anything to be a fan of. Image: Matt Joseph Diaz.

The people in your family can be larger than life in some respects. Most of them were around before your creation, and it can make it difficult to humanize them.

Growing up is weird.

There’s almost definitely a better way to begin this, but I can’t think of one more appropriate. Growing up is really fucking weird.

One day you’re having a great time arguing if Doctor Doom would beat Darth Vader in a fight (he would), and next thing you know you’re worrying about taxes and whatever a “mortgage” is.

Life throws us towards adulthood the same way characters in a sci-fi movie get jettisoned through the airlock of a spaceship — suddenly, painfully, and terrifyingly.

Regardless of how many new responsibilities we’re forced to undertake or the large personal strides we make, the strangest side effect of adulthood has to be the changing nature of your relationships: specifically, with your family.

I’m very fortunate to have been raised in a loving and supportive family, but being the youngest member has really shown me how our interactions change as we age.

We obviously spent a lot of time together, growing up in the same home — and for a few years actually sharing bedrooms — but we were never particularly close. Our relationship was more of a “mutually-assured destruction” thing rather than something based in love and camaraderie. We each knew only enough of the bad shit the other had done to ensure that neither of would snitch to mom and dad.

After I turned 21, I started to notice something change in the nature of our relationship. We started to communicate more like colleagues than anything else. We went out to bars together, hung out to catch up on things, and checked in on each other every once in a while.

I realized over time that the source of this change had to do with age: Since he’s seven years older than I am, for most of our younger years we were never in the same phase of life.

My relationship with my father is… complicated.

I have no doubts that my father is a good man — probably one of the best I’ve ever come across. He joined the Marines at 17, married my mother young, and always ensured that we’d have a home, food, and that we knew we were loved. His passion for baseball and Post-WWII history is rivaled only by his dedication to his work and family.

I’m nothing like him, though. Growing up, that always worried me.

Padre is without a doubt what the general public would consider a “man’s man,” but I’ve always been concerned that being so different from him meant something was wrong with me. He’s always put forth the idea that steady and dependable work is important to ensure the safety of those around you — meanwhile, you have me, a 6’5”, feminine, flowery boy who quit a well-paying job to chase his dream of writing and telling strangers about his feelings.

I thought this meant something had gone wrong in my upbringing. I wasn’t a disappointment per se, as I’d still been successful on my own path, but I definitely wasn’t what anyone had anticipated.

Recently, after undergoing two major procedures that were documented and witnessed by hundreds of thousands of people, I noticed more of a change in my father’s behavior toward me. He asked about my work more often, even though he has no presence on the Internet.

A few nights after my most recent surgery, Pop said one line to me that changed my view entirely: “Going through stuff like that, showing all those people… Shit, you’ve got more balls than me. I’m proud of you.”

My relationship with my mother is the definition of sincerity.

My mother is my number-one fan, and has been since before I’d produced anything to be a fan of. She’s given me friendship and compassion when I was most alone, and support even during my riskiest life decisions.

The depths of kindness and generosity within her know no limits, and while I never thought she understood my work, I always knew she had my back.

Early in 2016, I was interviewed for a TV segment about my weight loss story. They also decided to interview my mom, and as I sat in the other room listening I heard them ask a question that showed me just how much my mom understood: “Why do you think your son works so hard to advocate for positive body image?”

Naturally I thought she’d just say something about raising me well, but she was quiet for a long time. Then, she said something like, “I think we raised him well. When he was 7 and we asked him what he wanted to be when he grew up, he said, ‘Captain America,’ and I feel like that just never changed.”

That wasn’t what I expected to hear, but it wasn’t inaccurate.

The interviewer asked, “What do you mean?”

“He’s always had this idea in his head that he wants to help people, and now that he does this body positive thing, he gets to!” she replied. “He believes he can save the world, and when he talks about it and you look at him, you start to believe it, too, a little.”

You know that feeling you got when you were a kid, and you ran into a teacher at the supermarket? That moment you realize Ms. Estrada doesn’t just sleep under her desk and actually goes out to hummus or whatever teachers eat? That was how I felt in that moment.

My mother didn’t just have my back because she legally had to make sure I didn’t die for 18 years, she genuinely believed in me and my work.

I wasn’t just her son, I was a person.

The people in your family can be larger than life in some respects. Most of them were around before your creation, and it can make it difficult to humanize them.

They’re authoritative figures and guides through difficult times (and sometimes, they can even be adversaries or villains in our stories) — but they’re real and three-dimensional in the same ways we are.

Your family isn’t always defined by blood, either. They’re the people in your life you choose to come to for support, and those you support.

As you change, so will they. This can be a wonderful or terrible thing, but it always manages to show us just how complex our relationships really are.

So yeah. Growing up is weird.

If you like this article, please share it! Your clicks keep us alive!
Tags
family
Relationships
growing up
parents
mother
father
son
age
body positivity