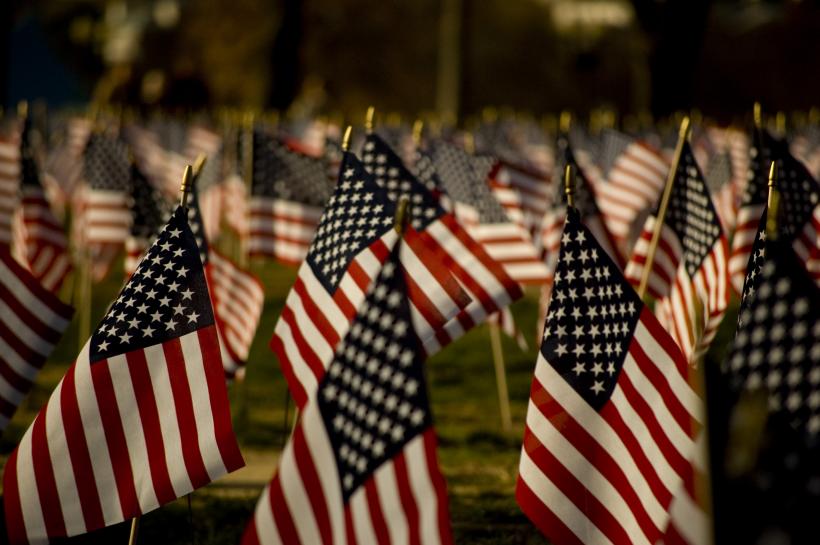 I'll pass on the Pledge, thanks.

I don’t want my feelings about a flag or blind obedience to be a source of shame [for my kids].

Fourth grade me had a big day in my green Girl Scout uniform: I got to lead the pledge for a group of newly naturalized citizens downtown at the big courthouse.

That was pretty much the last time I pledged the flag, as far as I can remember. I know for certain that by 6th grade I’d switched from hand over my heart to standing respectfully, hands behind my back, mouth still while everyone else repeated the words.

I am a grateful American citizen. I respect the flag and my country. I am happy to pledge — once. I pledged to my husband when we married. I’d be willing to pledge the flag when making an oath or something similar.

I’m not a fan of repeating things over and over so that they lose their meaning.

Pledge: a solemn promise or agreement.

It is that extra level, the solemnity, that makes me uncomfortable with casual usage.

My sons stand with their little classes each morning and recite the Pledge of Allegiance; on days with an assembly, they will do this twice. We live in Arizona, where people feel strongly about patriotism. State law requires flags in every classroom — even at the university level.

Even better, we live in a town with a massive Marine base.

We haven’t had a talk about why mama doesn’t pledge, though I’ve prepared myself for questions. I’m not afraid for them to call me out or even disagree — really. It hasn’t come up yet, and when it does, I’ll be happy to explain.

What I am worried about is Other People.

I want my kids to think before they follow a crowd.

Even something subtle, like two parents pointing at me and whispering at the talent show. Or me being the odd woman out at a sporting event. I’m going to embarrass my kids enough by singing loudly and making terrible jokes; I don’t want my feelings about a flag or blind obedience to be a source of shame.

My kids are great. Their job is not to defend me. Right now, they proudly tell people that I’m a writer.

How sweet is that?

I know I’ll fall from favor as the teen years approach, and I’m OK with that. I don’t want to put them in a position of having their friends talk trash about me. That’s not cool.

“Why isn’t your mom saying the pledge?” doesn’t sound like a conversation starter, but I can picture it. I want my boys to have an answer — same as if someone asks them why they wear glasses or aren’t into baseball. It isn’t a big deal, but it does make social interactions smoother.

I’ve decided that this is something important enough to me that I’m OK with bucking social norms.

We all decide where we stand on certain issues. Saying the pledge may mean nothing to you, and so my over-thinking may seem pretentious. That’s the magic of America, right? We can all think those things and be fine with it.

I want my kids to think before they follow a crowd. I want them to see that life goes on if you don’t conform. But I also don’t want my choices to make their lives harder.

So until they ask, I’ll silently stand by while they spread their sweaty little fingers across their flat chests and talk about allegiance and the republic.

If you like this article, please share it! Your clicks keep us alive!
Tags
pledge of allegience
flag
US
patriotism
jingoism
Children