I Fantasized About 'Getting Sick' After My Baby Was Born 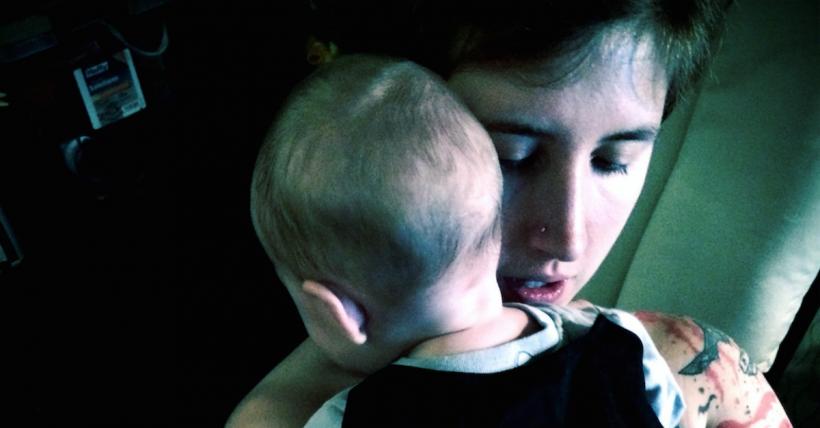 Most moms, and parents, have had moments like this — they have had thoughts which seem dark and awful, and which they’d rather not admit out loud. Image: Kim Zapata.

What sort of mother regrets having her child? And what sort of parent prays to “get sick?”

But there are also entire weeks missing from my memory. Moments which I know happened — thanks to my iPhone, a slew of pictures, and a handful of videos — but they are blank spots in my mind. However, one thing I cannot forget was how much I wanted to “get sick.” How I longed to get some sort of ailment or bedridden condition.

I cannot forget how I prayed to become ill.

Make no mistake: This is not something I am proud to admit (especially since I know millions of people face incurable diseases and chronic illnesses every day). And even writing this sounds vain and shallow. I sound selfish and completely asinine. But this was how I felt in the “early days” because I was desperate. I was overwhelmed, I needed a break, and honestly, I wanted to feel loved.

I needed to feel loved.

Once admitted, I would breathe and relax.

I know this all sounds bad, really I do, but I was so frantic and forlorn that I thought a trip to the hospital would be almost as good as a trip to the spa. I so was downtrodden and desperate that I thought nothing of giving a few vials of blood. I thought I would embrace the tests, the night nurses, and their ill-timed rounds. And I was so hopeless — my life had become so hopeless — that I would do anything to get myself back on track.

I would give anything to get my life back on track.

But, in the cruelest of ironies, I had acquired the “disease” I yearned for. As fate would have it, I had gotten the illness I asked for, I just didn’t know it yet — i.e. I didn’t know I was battling undiagnosed postpartum depression, and I wouldn’t know it for six months.

Sure, I had signs and symptoms early on. I was crying every day, and sobbing almost every night. My eating habits sucked and my sleeping habits … wait, what are “sleeping habits?” But it was the anger which scared me. It was rage which consumed me, and before long I turned that rage inward; I turned that rage on myself. Because what sort of mother would hate holding her
own child, or resent her husband for leaving the house? What sort of mother regrets having her child? And what sort of parent prays to “get sick?”

What kind of person was I?

I felt pathetic and awful.

And I became suicidal.

Thankfully, I was able to get help. It wasn’t an easy battle, or a quick recovery — and I struggled with PPD for more than a year — but I came out relatively unscathed.

I came out without any physical scars.

I am forever thankful my illness didn’t take my life.

I am saying this out loud — I’m sharing this harsh and dismal secret — not because I am proud of it or because I want to undermine the struggles of those who truly are suffering.

That said, while my PPD amplified these thoughts — while my illness amplified my need for alone time, and my desire to get away — you don’t have to have a perinatal mood disorder to have this type of thought. Just because you yearn for respite and recovery, for peace and quiet, or for the sanctuary that comes from a sterilized room doesn’t mean you are “sick.” And I am fairly certain most moms, and parents, have had moments like this — they have had thoughts which seem dark and awful, and which they’d rather not admit out loud. But that is because parenting is tough.

It is a hard job. A thankless job. And it is tough.

But I am saying this out loud — I’m sharing this harsh and dismal secret — not because I am proud of it or because I want to undermine the struggles of those who truly are suffering.

(I don’t mean to minimize the experiences of those who are sick or of those who are hospitalized.) Instead, I am saying it out loud because it I want other parents to know that is OK to have thoughts like this. Everyone has moments of regret like this.

It is normal, and it is completely OK.

But my advice: If you find yourself praying for an illness or hoping to get sick just so you can be appreciated — just so you can be heard — call a friend. Call a family member. Call your neighbor, your doctor, or some Care.com babysitter. Because you need sleep. You need a break. And you need to reconnect, with your mind, your body, and your soul.

“I Fantasized About 'Getting Sick' After My Baby Was Born” by Kim Zapata originally appeared on Babble.com and was reprinted with permission.

When You're A Mother Contemplating Suicide
Kim Zapata

No, My Tattoos And Piercings Do Not Make Me A "Bad Mom"
Kim Zapata