I Have C-PTSD But You’d Never Guess Why 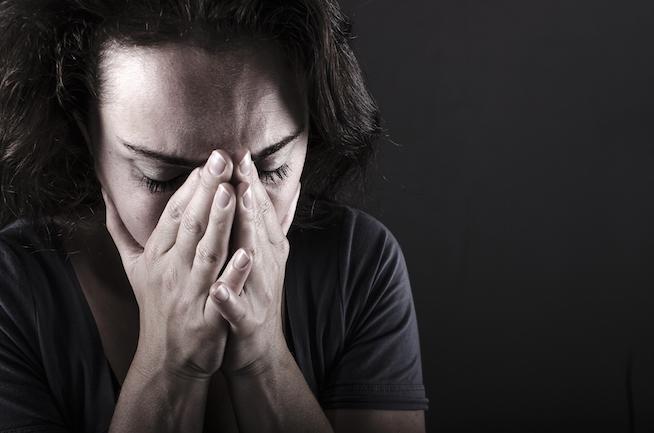 When my therapist told me in 2012 that I was presenting symptoms of PTSD, I was relieved, but also in disbelief.

On the one hand, her statement provided an explanation for my most disturbing experiences: the constant nightmares of leaving my fiancé for my ex, the memories of my abusive three-year relationship, and my habit of actively avoiding anything that would subject me to those memories.

I was afraid of thinking about my ex because he had inflicted trauma on me, not because I was afraid that thinking of him would make me want to run back to him.

On the other hand, what business did I have with a PTSD diagnosis?

I took my therapist’s words home to my fiancé and he was skeptical, which made me skeptical too. But I never forgot what she said, especially when the symptoms popped up again and again.

After I left my husband, the nightmares about my ex mutated into dreams about my husband — like some sort of growing disease. The intrusive thoughts and memories hit me in Whole Foods, my kitchen, and my living room, over things like the cover of a song that was “ours,” a package from J. Crew (one of his favorite clothing companies), or the smell of beer-sweat.

I avoid so many things now because they might remind me of our marriage, and it’s been nearly a year since I left him. It’s been a week since I left my apartment. Before that, it was a week and a half.

I can control the majority of what I see and hear at home. Out there, the sheer number of uncontrollable variables panics me into rotating between my bed, office, couch, and kitchen table.

I pay to have groceries delivered.

It’s not just about the end of my marriage, though.

When I was a child, I had nightmares about my father. Sometimes I would be running from him, sometimes hiding. Other times, they’d be sexual in nature.

I know enough about the interpretation of dreams not to assume I was molested, but I also know that dreams of this nature don’t come out of nowhere. Trauma occurred and it made its way into my sleep.

I still have these dreams today.

When I was a child, I could never fall asleep until my mother came home from work. She never left me alone; in fact, she vetted babysitters with an intensity that would make CIA agents sweat.

But between bedtime and when she got home from working at J.C. Penney’s, I would toss and turn in my twin bed, my body cushioned on all sides with individually named stuffed dogs, and wait for the sound of her heels on the entryway. Then, I’d push myself to fall asleep as soon as possible, because if the house went dark and quiet before I could nod off, I would be alone again.

There are all the times that my parents told me that I was going to get a full scholarship to college based on my grades, which has resulted in a constant search for absolute perfection. Every time one of my bosses admonished me for a mistake or oversight, I cringed or cried, absolutely certain I was a horrible employee.

There is the fact that my father doesn’t accept that I effectively divorced him when I was 18 and tracked down my whereabouts multiple times, leaving me with a permanent sense of being hunted.

I’ve been catcalled multiple times and stalked once, and have since started dressing androgynously and cut my hair into a more “butch” / less “femme” style in the hope of being left alone.

My first serious boyfriend stopped wanting to sleep with me. My second threatened to leave me at every sign of a serious discussion or fight. My third, the one I married, kept up a close friendship with the woman he dated before me, which crossed the line into inappropriate texting (though not sexting) more than once when we were together.

Not long ago, I said “yes” to a proposal of lifelong commitment with joyful tears, but I still can be overcome with the thorough and complete dread that my relationship might falter, despite ten years of closeness that has surpassed any other love, romantic or otherwise, in my life.

In short, I have the symptoms of PTSD, but that’s not my diagnosis.

What I have is a complex post-traumatic stress disorder, which stems from a series of accumulated traumas that began in my childhood and built into a fury of symptoms.

I have nightmares, flashbacks, and the urge to avoid anything that might even remotely lead to a flashback.

I have the near-certain knowledge that the world is a terrible place, filled with people who may claim to love me, but will almost definitely expect so much of me that I either get lost in trying to prove my worthiness, or fear they will abandon me because I’m not good enough.

I carry a fear that I cannot talk my way out of, the shame of not achieving “enough” because “enough” continues to recede from me like the horizon line, and the guilt that persists despite hearing from trusted friends, loving family, a professional therapist, and even the rational part of my own mind that every failing is not my fault.

I can be irritable and angry without cause — at least not one that anyone else can see.

I can be reckless, and I have destroyed good portions of my life by clinging to familiar unhealthiness instead of pursuing something better because I didn’t know what such a thing looked like or how to be comfortable accepting it.

I’m easily startled by yelling, banging, or sudden loud noises, so the weekend of the Fourth was filled more than a few heart palpitations, as was working in a kitchen with guys who liked to prank each other.

More than anything, I’m vigilant. I wait for something (physical or metaphorical) to crash upon my head or the ground to disappear below my feet. I wait for an email saying that I’ve been fired from a writing gig because my writing isn’t good enough.

I wait for my partner to redact his proposal because he already has himself and a sister to care for and why should he want to take on me too? I wait to fall asleep only to slip into another nightmare, another night of tossing and turning, another day when I wake up with a gasp and a cry.

Yes, I was abandoned and shown violence and taught not to trust. Yes, I was mistreated and abused and exposed to danger and fear. But that will not be my life.

I suspect the source of all of this is witnessing my parents' abusive marriage, which ended when I was two and my mother fled with me and our puppy to a battered women’s shelter.

The limbic system, the part of our brain that manages emotion, perceived danger, and what we need to do to survive begins to develop after birth, and, according to the book I’m reading on C-PTSD, “whatever happens to a baby contributes to the emotional and perceptual map of the world that is developing brain creates…. If you feel safe and loved, your brain becomes specialized in exploration, play, and cooperation; if you are frightened and unwanted, it specializes in managing feelings of fear and abandonment.”

This should be the part of my therapy session where I blame my father for training me from birth to be afraid of the world. Instead, I’m choosing to acknowledge his horrific treatment of other people and the abominable lessons he taught me about feeling safe in the world while making a pact with myself.

Yes, I was abandoned and shown violence and taught not to trust. Yes, I was mistreated and abused and exposed to danger and fear. But that will not be my life.

On the second of July, a man who loves me proposed lifelong commitment, complete with support, acceptance, equal partnership, and healthy love and, with a set of sterling silver rings, I accepted. That is the life I choose, C-PTSD be damned.

It’s a fight, for certain, and not an easy one, but for the first time, I have a real battle partner.

From now on, I take no prisoners — especially not myself.

If you like this article, please share it! Your clicks keep us alive!
Tags
PTSD
C-PTSD
abusive relationship
therapy
Healing
recovery
dreams
flashbacks