Infertility And Feminism: When Pregnancy Is Political 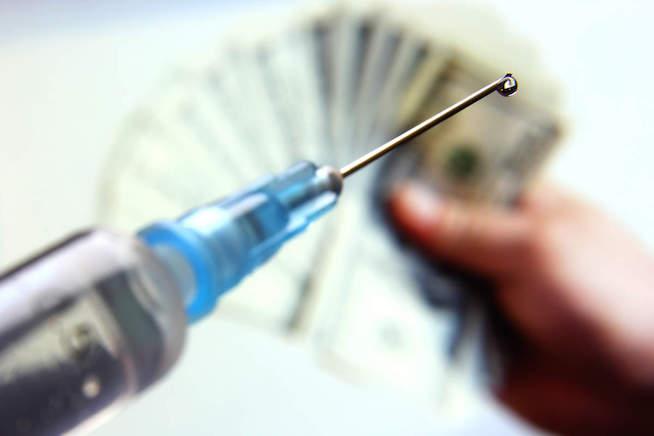 Men can play a part in infertility, too.

I believe that choosing to be a mother is a feminist decision.

I was in high school when I read an article in Ms. Magazine about infertility treatments (this was back in the '80s and I cannot find this article to save my life, sadly). The article discussed the insidiousness of the infertility industry and how it preyed on the myth that women were only valuable if they were baby factories.

The article also portrayed infertility treatments as violations — the stabbing of the needle to aspirate the eggs in IVF cycles, the constant use of vaginal ultrasounds to monitor the success of treatments, and of course, the injection of hormones. In addition, the article discussed how no one used to be declared infertile until they’d tried unsuccessfully for at least five years, but the infertility industry moved up that timetable because they could then make more money from treatments

I was already pretty sure I didn’t want kids at all, and this article convinced me that fertility treatments would never be part of my life if I couldn’t get pregnant.

But then I was lucky enough to meet and fall in love with a man who was a true partner and a feminist himself. I began to realize that much of my refusal to have children was tied up in issues with my father, who had left when I was a toddler — I didn’t want to raise a child alone.

After a decade together, my husband and I decided that yes, indeed, we did want to have a family with children.

I was 33 when we gleefully gave up the use of birth control. We enthusiastically had unprotected sex. We were absolutely convinced we’d get pregnant right away.

After six months of trying, we decided to get checked out. One of the points missed in the Ms. article was age: As a result of feminism, women were waiting to have children. When you’re starting out trying in your 30s, you don’t want to give it five years before being checked out.

We learned that I was fertile, with the exception of some age-related hormonal issues in the second half of my cycle, but that my husband suffered from an extremely low sperm count. We were told it was likely we’d never get pregnant without the huge intervention of IVF and ICSI.

A quick primer: IVF is in vitro fertilization, where the woman is stimulated to create extra eggs during her fertile period (normally a single egg is released each month), and then a surgical procedure is used to extract the eggs from the woman’s body (the long stabbing needle mentioned in the Ms. article, jabbed through the vaginal wall and into the fallopian tubes). ICSII is a second process where, instead of simply dumping the sperm on the eggs in the petri dish (how most IVF is done), the sperm is actually injected into the egg itself.

If the eggs became fertilized (yes, even if you inject the sperm into the eggs it still might not cause the cells to begin splitting and start down the long road to being a baby), they would be transferred into the woman’s uterus. Then the eggs would need to implant on their own to become an actual viable pregnancy.

We rejected our diagnosis. I couldn’t get over that Ms. article; I believed the doctors at the infertility clinic (highly respected, of course, at the University of Pennsylvania) were more interested in getting our $15,000 a cycle than actually giving us the time to try to get pregnant.

So for another eight months or so, we tried on our own. We continued to not get pregnant.

Here’s something nobody talks about when you’re trying to become pregnant: It takes over your life. There’s just something so incredibly frustrating about not being able to do this thing that EVERYONE else can do without a problem.

I began to do some research. I discovered online message boards that taught me how my cycle actually worked. I learned about cervical mucus. I started charting my temperature. During sex, I’d put pillows under my ass and place my feet against the wall, trying to keep the sperm inside long enough to get to where it was going.

Getting pregnant became my full-time mission.

It wasn’t until a year later, when we finally broke down and went to another local clinic (one that was also less expensive), that we had further testing and found out the root of the issue. It wasn’t just my husband’s low count — his sperm also lacked a critical enzyme that would allow it to penetrate an egg. There was literally zero chance that we’d get pregnant without the IVF and ICSI procedure.

The doctors suspected this was due to a medication my mother-in-law took during her pregnancy. She took DES for her severe morning sickness when she was pregnant with my husband (she was visiting family in Germany when she was given the medication). Men exposed to DES in utero can have sperm abnormalities, particularly as they age. My husband is six years my senior, so he was 39 when we began trying.

Finally, we went through our first IVF cycle. We got pregnant with twin boys immediately, but lost them when I was six months pregnant. A year later, we tried again, and today our amazing daughter is nine years old.

A decade after finishing my last infertility treatment, I’ve found myself thinking again about my experience through a feminist lens. While that initial Ms. article was definitely a bit inflammatory, there were some kernels of truth in there.

The patriarchy did, in fact, play a huge role in our infertility journey. It started, of course, with the societal pressure on women to have children. While I love being a parent, there’s no doubt that my life would be likely more “successful” without working so hard to be pregnant. We’d be more financially solvent and I would likely have a smaller body without treatments, infertility, pregnancy, and loss.

Once we began the treatments, it became clear that the absolute vast majority of research and study about infertility is mostly focused on “fixing” the woman, even though 30% of infertility issues are male-factor related. There was no medication for my husband to take to increase or fix his sperm issue, and the one medication he tried was actually meant for women.

Even though I was fertile, I had to undergo a massive amount of treatment: injections, pills, and surgical procedures. These wreaked havoc on my body. My ability to exercise was restricted both by the doctors and by feeling incredibly awful for most of a year.

My husband, of course, simply had to go into a room with pornography and jerk off.

If circumstances has been different — and if the fertility treatments weren’t available — I wouldn’t have her. She’s made my life incredible. So, yes, it was worth it.

I believe that choosing to be a mother is a feminist decision. As a fully-informed, long-time feminist, I walked into pregnancy and parenting with my eyes wide open and fully aware of the magnitude of my decision. Raising a child as a feminist is still a radical act, too, and I know my daughter will be part of making the world a better place. So I’m grateful for the medical tools that made her life possible. How could I not be?

If you like this article, please share it! Your clicks keep us alive!
Tags
fertility
infertility
motherhood
feminism