My Therapist Fired Me — And I'm OK With It 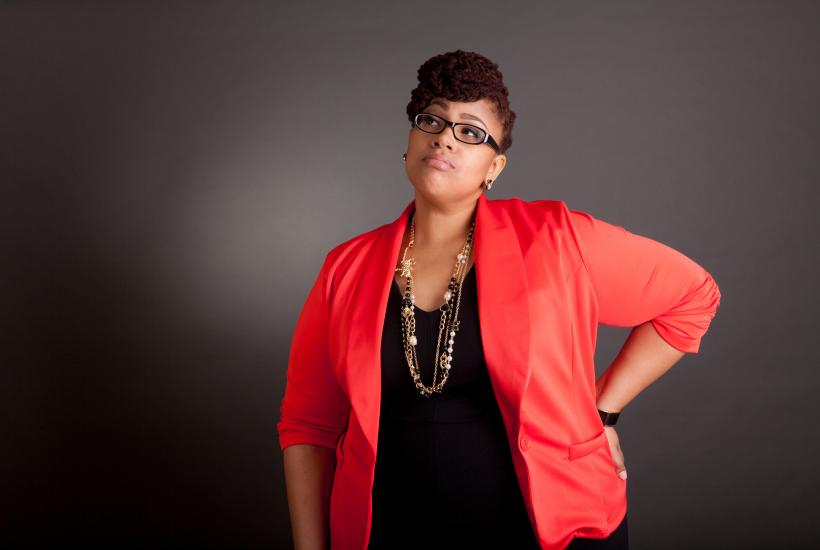 I just wasn’t getting signals that I was as safe as I needed to be. Image: Thinkstock.

The thought of diving back into the search, trying to find the right fit as a disabled, bisexual, fat Black woman with a history of disordered eating was daunting.

“Nope. We’re done!” she said with a smile as I prepared to leave what would be our last session.

My therapist of six months — let’s call her L — was letting me go.

It was so subtle that I wasn’t even sure what was happening; I had to ask.

Except for a brief session that I only vaguely remember with social workers after my father’s release from prison, I’d never been to therapy until I chose to start taking care of my mental health just over three years ago.

I’d recently started graduate school and, after a few years of struggling with an undiagnosed mental illness, I decided to see a therapist-in-training, a grad student, at my school. We’ll call her K. I worked with her for two years, but once it was time for her to move to the next part of her program, I had to look elsewhere.

By this time, I was unemployed and no longer in school. Thankfully, I had insurance through the government; it was just a matter of finding the right match.

Though there were things we never had a chance to talk about in depth, I shared a lot with K.

Of course, I didn’t know much about her, but that’s usually the way the patient-therapist relationship goes. It was a huge loss; it still is. It takes time to build the trust and rapport necessary to have a successful relationship.

The thought of diving back into the search, trying to find the right fit as a disabled, bisexual, fat Black woman with a history of disordered eating was daunting.

So I just ignored it altogether. My psychiatrist had given me a prescription that included refills of the medication I needed to cover me for a few months, so I was good for a while. Plus, it’d be nice to have a break from the weekly obligation of trekking somewhere for a mere 45-60 minute activity.

At least, that’s how I rationalized it.

I waited until the last minute to find a new psychiatrist. I managed to locate someone the day that I took my last pill.

I realized that I needed to start taking my therapist search seriously.

I found an office a few towns over. My new therapist was a middle-aged, presumably cisgender and heterosexual white man. I figured I’d give him a chance.

That is, until he referred to queerness as a “lifestyle,” among other fuck-ups.

I never felt comfortable. That “relationship” lasted all of two sessions; I had to trust my gut.

I sighed and tried again.

I used Psychology Today’s psychiatrist and therapist database search. It’s a nifty tool. I filtered for therapists who were bi+ competent, eating-disorder competent, and not weight-focused.

It’s difficult to find the right medical professional when you need someone who has at least a basic understanding of the ways in which you are marginalized, accepts your insurance, and isn’t terribly far away or inaccessible (as I depend on public transportation and use a cane).

Oh, the joys of an inadequate and oppressive health system!

Exactly how competent was she in LGBTQIA issues if she was surprised at my noting that, for many trans and queer folks, navigating the mental health system is a triggering, painful, or even traumatizing experience?

Eventually, I found L. She was an hour-long bus ride away.

Like K, she was a white Millennial with long, dark hair, a slim frame, and an oval-shaped face. But there were differences. She was much chattier. When the critically acclaimed mini-series American Crime Story: The People vs. O.J. Simpson aired, we’d talk about the latest developments.

There was much more two-way conversation — mostly about pop culture — but L also talked about and suggested methods that worked for her sleep issues.

K was more reserved and never talked about herself or her interests. I didn’t even know her last name until the very end of our sessions.

I liked L, but I had some misgivings, though they weren’t nearly as pressing as with Mr. Lifestyle Choice.

Did I really want a therapist who talked so much, when therapy sessions are supposed to focus on me: my thoughts, my needs, my growth? Could she handle the silent moments that would inevitably occur at times?

Could I talk to her about Black Lives Matter, about my feelings when a Black person is shot by law enforcement, without having my feelings minimized?

Could I discuss the microaggressions I experience as a fat person? Or my own dysfunctional relationship to food and my body?

Exactly how competent was she in LGBTQIA issues if she was surprised at my noting that, for many trans and queer folks, navigating the mental health system is a triggering, painful, or even traumatizing experience?

I just wasn’t getting signals that I was as safe as I needed to be.

I even remember L saying some things that made me a bit skeptical.

One could argue, and rightly so, that I should have spoken up about my concerns.

But the reality is that I was afraid of having those hard conversations with someone new. I was afraid of coming to the conclusion that L wasn’t the right fit and being thrust back into the tumultuous wilderness of therapist search.

Not to imply that she was bad, per se, but I was afraid of encountering someone worse.

I settled. She was good enough.

I wasn’t as open with L as I was with K. And I think she sensed that things weren’t quite working. She’d started suggesting other places for me to attend about a month into our new relationship.

As with K, due to my disabilities, I sometimes missed therapy sessions — sometimes without notice. I was convinced that that was the primary reason she was “trying to get rid of” me.

When I don’t show up, particularly without notice, she presumably loses money. Most people working in a capitalist society can’t afford that; I certainly understand.

But it didn’t seem fair to me. I was upset.

Of course, I never told her this.

The day she “fired” me, I’d missed my last few sessions. She knew in advance that I wouldn’t be there. I was ready to keep trying, to do better in the coming weeks.

L started talking about finding other places for me to try again. I was a bit miffed, but I figured I had time to figure it all out.

Until I began to wonder if she was really saying what she seemed to be saying: that it was over between us.

I didn’t protest — deep down I knew it was for the best — but I felt I had been let down. I was still dealing with the effects of being fired from my first full-time job after only 10 days, having been unemployed for two years before that. I was dealing with financial stress, approaching 30, and living with my mom.

It’s been two months since our last session. I’ve barely looked for a new therapist.

When things like Orlando occur; or I’m happy with the way my professional life is going (even if I’m not traditionally employed and am still poor); or a crush ignores me, or — you get the point — it’s nice to have a sanctuary where I can air out my fears, disappointments, and successes.

It’s nice to have access to a professional who can offer ideas for self-care, coping, and growth (because, as well-meaning as friends can be, they don’t always give the best advice).

It would be too easy to be resentful.

Instead, I value the importance of listening to my feelings and waiting for the right therapeutic relationship to come along.