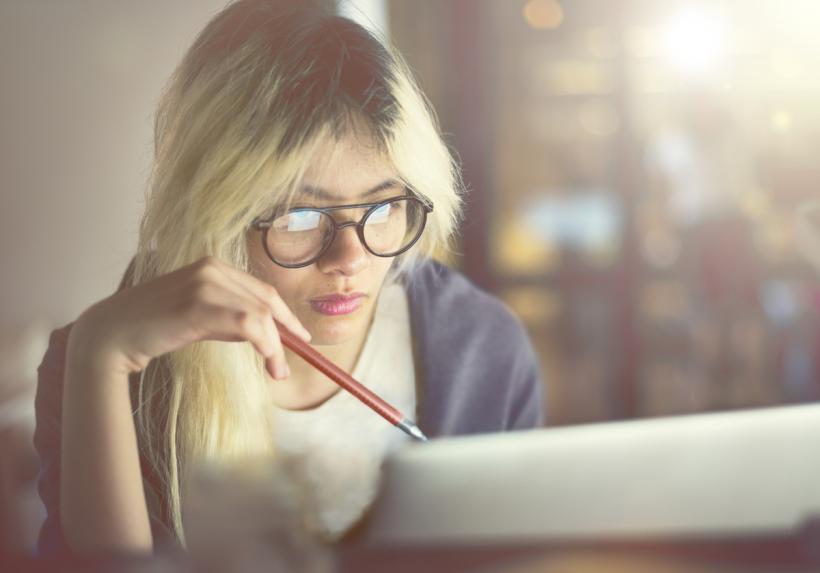 My personal goal was always to help writers tap into bigger social and cultural issues through their work — not to peddle exploitative shock-factor trash.

Earlier this year, I had the true pleasure of editing for The Mix, Hearst Digital Media’s contributor network (now shuttered). One of its aims was to provide writers who didn’t have traditional access to the many reputable Hearst brands the ability to write for sites like Cosmopolitan, Marie Claire, or Good Housekeeping. Many of the network’s writers were accomplished, ambitious journalists, while others were new to digital media.

I focused on personal essays, so I was tasked with handling hundreds of deeply personal stories each week. Rape. Poverty. Racism. My personal goal was always to help writers tap into bigger social and cultural issues through their work — not to peddle exploitative shock-factor trash.

I can say with absolute confidence that the work I edited was largely meaningful, and I think the distinction matters when we talk about ethics and content mills.

The fact of the matter is that content mills are dangerous and personal essays are a different beast. And there’s a vast level of discrepancy between a phone-it-in XYZ — and a Here’s What It Feels Like piece and other essays, where the language sings and the story is backed up by reportage. I’m aware of this. But there is also a middle ground.

As far as the writer is concerned, I can understand the temptation of achieving a national byline — by any means possible. But the writer is accountable for their publishing choices. Secondly, the editor makes all the difference between blowing the stench of a bloated content mill onto the web, and, you know, editing a story that human beings connect with. I also believe it is important for people to grow, educate, and connect through personal experience.

The Internet is a second home for many. It’s where, for better or worse, we learn and communicate.

I consistently think back to The Cut’s piece, "It Happened to Me: How I Became a First-Person Human Trafficker." Mandy Stadtmiller, its writer, was an editor at xoJane, where personal essays like “My Psychiatrist Told Me She Voted for Trump” and “My Teeth Rotted and Now I'm Getting Dentures” — or the now-removed, “My Former Friend’s Death Was a Blessing” — are published daily.

I’ve published there, too.

She wrote, “I, too, believed in these stories as agents of liberation… I went to work as if I were at the forefront of a revolution…. If something publicly fucked up happened to you over the last three years and you are "in my network," there is a very good chance you received a heartfelt message from me.”

Knowing how to tow the line between exploiting a writer and helping them tell their story — in their voice, with respect to their personal boundaries — is a skill that I refuse to be ashamed of.

While Stadtmiller made a point of protecting and educating her writers around the gravitas of publishing, she does pose a good question: Does it do more good than harm? I think, as she does, yes. But that doesn’t mean its cut and dry.

At no point was I personal essay trigger happy. I wasn’t a brainless editor without self-awareness. I knew what worked for audiences, and I knew what didn’t. I knew the ick-factor. But I knew how I could reduce it. I often wondered: Is it appropriate to pay writers a nominal fee to purge their deepest secrets — on the sempiternal grave of the web? Is there something unethical about mining for these stories — and posting them for the wolves? Is there something I could be doing that would *actually* contribute to Journalism? Was I myself better than this? Was I a stone’s throw away from landing a job at Maury?

So, are personal essayists not “real writers”? I really, really don’t have time for judgmental reductions like that. Everyone starts somewhere and everyone’s on a different path.

When Jezebel posted an article saying that The Mix was a “Personal Essay Tragedy Content Farm,” I balked — not because of how insulting it was to my department, but because it was such an oversimplification; so many of our writers were bright, talented, reliable, and insightful — people with whom I have an amazing working relationship today. People, as an editor, I learned from. Plenty of them had incredible “real writer” bylines, but wanted to tell their personal stories. And sure, some of them were just breaking into paying markets. But it’s privileged and naive to think a writer wouldn’t embrace the possibility of getting paid work — especially when the competition is fierce and sometimes it takes a first byline to get a byline.

I carried this weight with me everywhere I went — was I just dragging the sheep to slaughter?

Was I Judas, turning on my journalism education? Or, was I someone who could develop and edit a story, manage a huge network of freelance writers, and use my understanding of trending topics to drive traffic? Yeah. It was the latter.

Beating myself up got old quickly. As it does.

Everyone (well, almost everyone) needs a job. I could have had a status job or a newsroom job. Instead, I decided to try my hand at helping people tell their stories. I’m grateful for the experience. It’s helped me become a better editor, a better writer, a better human.

Knowing how to tow the line between exploiting a writer and helping them tell their story — in their voice, with respect to their personal boundaries — is a skill that I refuse to be ashamed of. But I’m sure there are hawks out there who don’t approach their jobs ethically — to which I say, “thanks for giving all of us a bad name.”

It’s weird to know that my work with inspired writers was, by some, reduced and criticized, because my experience was just so… positive. But this isn’t a sob story. It’s the way the Internet works. We bash each other or misjudge one another, until someone comes out the victor. It’s not right, but it’s human. And if anything, it’s just as petty and unappealing as a “content mill.”

You know what isn’t petty? Trying something, doing your very best at it, and getting paid to do so. Writer and editor alike.

If you like this article, please share it! Your clicks keep us alive!
Tags
The Internet
personal essay
personal essays
editing
writing
ethics in journalism