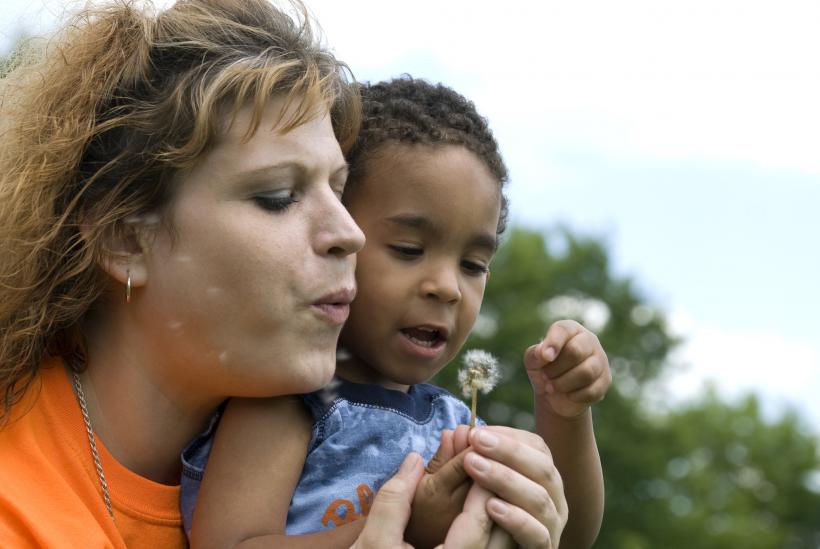 Human lives are at stake when your colleagues abuse their power... Image: Thinkstock.

I always believed that police used lethal violence to control citizens only as a last resort. Now it’s clear that they are jumping to it without fear — and without repercussion for their actions.​

I'd like to introduce myself. I am your average 41-year-old white woman. I am employed in health care, dedicated to bettering human life, much like you.

I am a wife and a mother of three beautiful boys. My husband and I are raising our family in a small rural town that reminds me of my own idyllic upbringing on so many levels.

I grew up in the Northeast, in a state not known for its diversity, surrounded by a tremendous level of white privilege that I still cannot grasp fully to this very day. I was taught as a young child that law enforcement was something to be revered, obeyed, and listened to without question.

Which I did — without question.

That uniform, and those flashing lights commanded respect. I believe one officer singlehandedly ensured all licensed drivers at my high school knew his name, and it wasn't from handing out candy at Halloween.

Oh, Officer Fish. We will never forget you, will we?

I remember when I got into some trouble in college. I was fearful of doing any further wrong, as I was a nursing major and I needed to put myself in a position to have a record expunged.

I called my arresting officer every Friday night before I went home for the weekend to tell him I was going out of state. After the third week of receiving a phone call from me, he laughed and told me he appreciated the gesture, but that I needed to “relax and stop calling.”

I was flummoxed, because in the movies, you notified the police of your whereabouts. (That respect thing, remember?)

Not because I do not respect you, the uniform, or the work you do protecting our communities.

I struggle because I married the most amazing human being I know. And he happens to be Black.

We produced the three most beautiful boys on the planet.

I teach them that every life has value. I teach them kindness and respect for all beings on Earth.

They attend a school with a resident State Trooper whom they view as their friend; they get incredibly excited when they see him.

They know the police as people who are good, community-oriented, and there to help in times of need.

They have not had some of the experiences my husband has over the years.

They missed hearing their father being accused of NOT BEING THEIR ACTUAL FATHER when one of them wandered from the yard one afternoon. My son was missing for a total of 10 minutes and we were actively looking for him the entire time, but a trooper had the audacity to lie and state he had had him for 45 minutes.

They weren't alive when their father was pulled out of a car to be searched solely as a result of racial profiling.

They weren't yet alive when their father had to prove to an officer with a grudge that he was not the man he’d pulled over days previously.

It took me a long time to understand the idea of the Black Lives Matter movement, as I teach my kids love, kindness, and respect for all.

But Philando Castile helped me understand that this week. I am embarrassed, as a mother of three mixed-race children, to admit that it took the cold callousness of watching the police shoot a man with a 4-year-old child in the back seat to make me understand.

Regardless, I won’t hedge or shy away from this reality anymore.

Let me say it out loud: Black Lives Matter.

I have to wonder: What is going to happen to my children when they are older and behaving like teenagers?

How will I protect them then?

I need to know that, as I teach my children to respect themselves, to respect others, and to respect authority, they will be safe.

You see, I have a heritable mental illness that none of my children show signs of presently.

But what if they do at some point?

What if the first time they show signs a police officer with no experience or CIT training encounters them?

Will they be kind and help my child(ren) — or will I have to worry that my husband and I would receive the phone call no parent ever wants?

Would placing their hands on a squad car and saying something out of the ordinary be mistaken for threatening action?

These are just a fraction of the thoughts that keep me awake at night.

At one point, Officers, when I realized I would be raising three handsome boys, my biggest fear was which father in town would darken my door should his daughter get pregnant. While I still hope to avoid this eventuality, such scenarios seem so simple now, with the country standing at a crossroads of violence, violence that comes in so many forms.

I always believed that police used lethal violence to control citizens only as a last resort. Now it’s clear that they are jumping to it without fear — and without repercussion for their actions.

Do I believe all law enforcement acts this way? Of course not.

But why do we so often see departments rally around and protect the bad apples?

In medicine, I can admit when my colleagues do wrong. I can say out loud when a mistake was made.

Hell, I am expected to report mistakes I see without fear of repercussion, because human lives are at stake.

Human lives are at stake when your colleagues abuse their power, too.

Recently, I have been working to draft legislation for my state for mental health. I have been seeking law enforcement's opinion because of the respect I have historically had for your profession.

Respect for the uniform and for the ways you can serve as an ally in caring for our fellow citizens who have mental illness, if only you have the right training.

With hope that, should my children inherit my illness, you will knock on my door some day and escort me to a hospital to see them.

That, with your help, they will receive care, not a casket.

As a mother, I am fearful for the day I let my most precious people leave my protection.

I need to know that, as I teach my children to respect themselves, to respect others, and to respect authority, they will be safe.

Will you respect them when they need you most?

A Mother Mourning With the Rest of the Nation