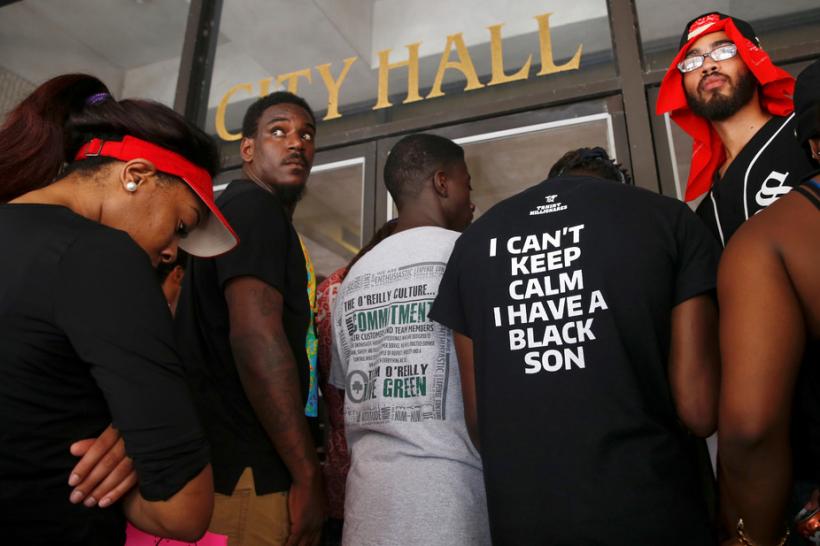 I find myself in this place again. I am numb. I feel empty. I almost have no words.

In 2012, around the time of the birth of my son, I had a similar feeling. Trayvon Martin was killed. I was pregnant with a black male in a world that was not ready for him.

And here I am again, with a three-and-a-half-year-old now, following the deaths of many, many others. The recent deaths of Alton Sterling, Philando Castile and the Dallas and Baton Rouge police officers take me back to this place of despair. The constant barrage of horrifying images and commentary on traditional and social media footage of the tragedies only makes it worse.

Oddly enough, events like this drove me to academia. I reluctantly pursued a career in research. But, because these events are not going away, I, like a magnet, was drawn to research of widely publicized racially charged events on everyone, but especially on people of color. While I am heartbroken at the events themselves, I am glad to be doing research that might lead to better understanding, if not some healing, of the wounds that separate us.

Many black people are experiencing these events as acts of vicarious racism. Vicarious racism traditionally refers to experiencing racial discrimination indirectly through close contacts, such as family members and peers. I strongly believe, however, that this definition is not inclusive enough. Vicarious racism can be experienced by those who are not directly involved with the event, but who identify with the victims of racism generally on the basis of race. Age and gender could also be factors.

As a pediatrician, I am extremely concerned about vicarious racism’s impact on our children and youth. While my research is burgeoning, my concern is that black Americans, especially youths, are impacted by vicarious racism more than we expect and that its impact on children is understudied. Also, I want to know how to best help all of our children. What can we do to help them deal with their feelings? And what can we do to help them and ourselves deal with racism?

The deaths of Sterling, Castile, Dallas police officers and Baton Rouge police officers resurfaced much of the nation’s racial tensions. Those racially charged events all took place in all geographically distinct places, all with children living in those states. But there are many more children living outside of those states, which begs the question: Are children who are geographically removed from these types of events still affected?

There is some research, although I believe there needs to be more. Studies have shown even if children or youth are not close to the event geographically, they can still be influenced by the event; however, the closer they are to the event, the greater the mental health impact.

One predictor for PTSD and ASD in this study was “connectedness” to the victims in the World Trade Center, meaning having a friend or knowing someone directly involved in the event. ASD in the three populations was almost 10 percent in the undergraduates from Fargo, nearly 20 percent in those from Augusta and approached 30 percent in the Albany group. Children in this study had more psychological symptoms closer to the event, but even children 1,000 miles away from the World Trade Center were still impacted.

This study’s findings are important, because it shows children can be impacted by traumatic events if they identify with the victim regardless of geography. Think of how youth of color everywhere may identify with these events, based on the ages and races of the victims.

Not only do the events themselves affect youth, but the onslaught of media afterwards is traumatizing. Like media coverage surrounding these racially charged events, after 9/11, media coverage was extensive and constant. The Blanchard study found hours of TV watched was a predictor of ASD, PTSD or the accompanying symptoms.

In another study, 166 children and 84 mothers who had no direct exposure to the September 11 attacks were assessed for PTSD. Almost 5.5 percent of the children and 1 percent of their mothers were symptomatic. Children identified with the victims of the attack, and the amount of TV younger children viewed as well as parental depression predicted increased risk of PTSD symptoms. Pre-event familial support was associated with lower risk of PTSD symptoms.

Children feel the pain, but parents can help

After the murder of Trayvon Martin, a 2013 study done including 104 African-American parents with children ages 6-18 showed that parents felt the need to protect their own children. Parents used the events to discuss racism and attempt to process it with their children, as well as advise them as to how to behave if in a similar situation.

The guidance or socialization parents impart to their children accompanies the oral accounts of these events and becomes a part of the generational heirloom passed down. These tragedies are woven into the historical and multigenerational trauma of African-Americans. This must be addressed.

The nation is grieving, and our children are impacted by the horrific events of the past two weeks. We need to protect our children from the sequelae of media exposure to these events. We can do that by: