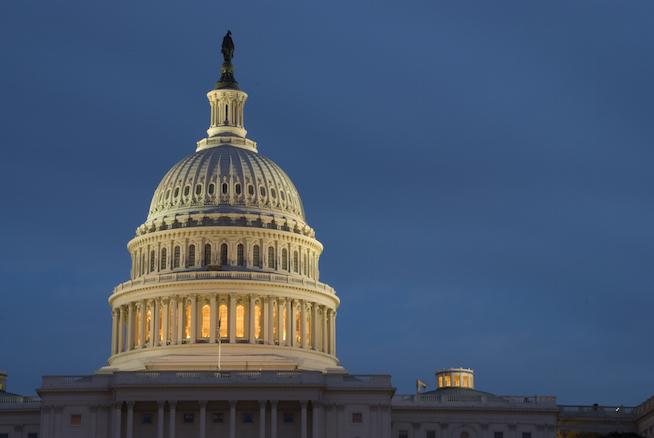 If you don't know what this is, we can't help you.

Most Likely To Succeed: Carly Fiorina

One word: Yowza! On top of being the only candidate to move up from Fox’s conciliation debate to CNN’s main stage, Carly Fiorina kicked absolute butt. She went after Donald Trump, Chris Christie, every prominent Democrat, and slammed the whole male practice of political pandering to women. Pundits agree: Fiorina won it.

Best Line: In response to Donald Trump trying to claim his nasty comments about Fiorina’s looks were in reference to her persona, Fiorina retorted, “I think women all over this country heard very clearly what Mr. Trump said.”

These two had a strange bromance/frenemy vibe all night. At times, the whole debate seemed to be slowly devolving into a middle school back-and-forth between the bombastic bully and aggrieved nerd. “You said this.” “No I didn’t.” “Yes, you did.” And then, suddenly — high fives, chuckles, smiles.

Best Bush Line: As a Secret Service code name, Bush would pick “Ever-ready, because I’m really high energy.” Smile. “How’s that for you Donald?” A little inside joke amongst bros.

The outsider favorite, currently polling in second place, had a fairly forgettable debate. Carson remains likable and reassuring, but struggles to stand out. Despite that pinstripe suit — points for courage.

Best Line: “You’re an OK doctor,” to Trump, after the latter suggested vaccines cause autism. Prepare for the Internet explosion.

We understand Trump is leading the polls (why, humanity, why?), but he had double the amount of speaking time as Scott Walker, Mike Huckabee, and John Kasich were allotted. As to Jeb Bush, he is now polling in third place, so why he had nearly three full minutes more than Carson – who polls ahead of Bush — remains a mystery.

Most Likely to Be Taken Seriously: Marco Rubio

Based on applause lines, Rubio came out ahead. Pundits agreed that Carly Fiorina was the overall winner, but Rubio consistently came up right after her. His policy expertise in foreign affairs was flat-out unmatched, and he often looked like the prepared adult amongst other podium-clad posers. Ditto for his unrepentant defense of speaking Spanish in the USA.

Best Line: “My grandfather instilled in me the belief I…could aspire to have anything and be anything I was willing to work hard to achieve, but taught me that in Spanish because it was the language he was most comfortable in.”

Walker slept through the first debate, quite literally giving up time when he felt he’d sufficiently answered a question. Voters did not respond kindly to the Wisconsin governor’s apathy, sending him on a nosedive in the polls. And though he was by no means the knockout champ, Walker showed there is something within him resembling enthusiasm.

You could make the case that Cruz wasn’t really debating any person, per se. He was talking instead to the camera. There were fellow candidates on stage, and there were the moderators, of course, and there was in fact a whole audience in the Reagan Library, but Cruz had eyes only for the camera.

This does not always work in Kasich’s favor. His answers are often rambling, intensely personal, and he can subject-hop like no one’s business. But it's easy to watch someone so utterly at home on stage, talking off the cuff, unconcerned by time limits or cohesion.

The optics were particularly apt: these two lowest-polling candidates were situated at opposite ends of the 11-person lineup. Paul and Christie sparred in the previous debate over NSA spying, and this time they argued long-distance over legalizing marijuana. Paul is in favor, Christie against. Like Trump and Bush, there was no clear winner here, though many pundits expect Christie will see a bump in polling after last night’s rowdy showing.

For starters, this debate was THREE HOURS long, with about two seconds of commercial breaks. I love me some politics, but people: we have lives. Even more egregious was the overt pandering to Donald Trump, giving him question after question after question. And there were moments that reminded me of teaching middle schoolers, when you know you’re outnumbered and overrun. The moderators looked part intimidated, part stupefied.