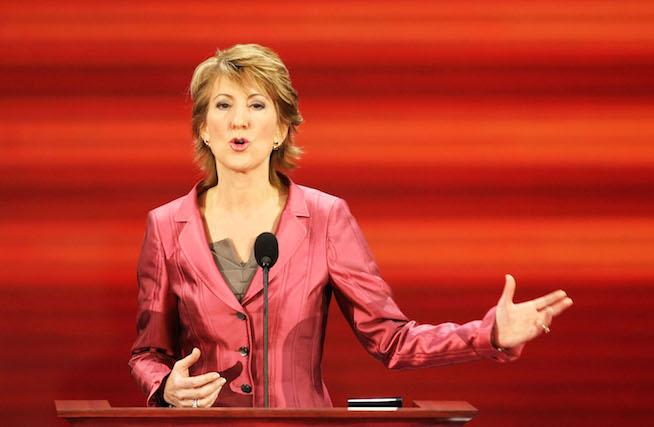 Last night, the saga continued. Fox Business Network hosted the fourth Republican Primary debate, with a slightly winnowed set of contenders: the top eight candidates were on stage, compared with ten in the previous showdown.

The questions posed to candidates stayed almost exclusively on the economy, and thus the debate grew overly wonky at times. A win for economists, but tilting towards boring for the rest of us.

I have taken it upon myself to imagine what parts the candidates might play as traditional (and not) guests at Thanksgiving dinner.

Dr. Carson’s mild manner makes him an inconspicuous guest for most of the evening. When he does jump into conversation, it is only between moderate bites of turkey and cranberry sauce, stating each thought with measured pause for mental deliberation and effect. You may begin to wonder if that sleepy feeling is from the turkey or Dr. Carson’s long and spotty monologue on the tax code.

Paul has that youthful ideologue quality of an intensely intellectual 20-year–old. He’s the Ayn Rand-reading college coed with true conviction. In a different dorm, Paul would be a Bernie Bro. But during freshman year, Paul took a class with a pony-tailed Libertarian, and ever since, he’s been earnestly fixated on explaining how reducing the debt is not just as important as providing health care –– it’s even more important.

Wait, how’d he get invited? Oh yeah. That’s right. You had one too many beers at happy hour and extended the welcome to all without a previous engagement. You didn’t think anyone would take you up on it, but especially not Bush. He’s usually the guy with his office door shut, who says little unless the topic of taking too much advantage of vacation days comes up.

Bush is polite; he’ll pass the rolls and the butter, chew with his mouth closed, and nod agreeably. The only problem is, you feel kinda bad, because he keeps getting interrupted by…

Donald Trump: Great Grandpa Who Thinks Women Should Be Quiet

Trump keeps a flask in his tweed breast pocket, slaps you on the back if you utter the words “promotion,” “raise,” or “terrific,” and talks whenever he wants. Loudly. Even if half a Pillsbury croissant is mid-mastication. He’s entertaining for sure, but it gets old, especially when he keeps shushing your mom.

Never fear, because Trump gets the smack down from…

She’s not the auntie you went to for a fun time, no wink-wink, under the table nights out or wild highway driving. Fiorina is who you go to for real talk, life lesson style. There’s a lot of shoulds that get thrown your way, particularly when you confide that you’re thinking of talking to Russian President V. Putin. That’s a definitive should not from Aunt Fiorina, right after she tells great gramps that he can shut the you-know-what up already.

He’s young. He’s charming. He’s smiley. Everyone at dinner seems to like him, besides (weirdly), your tax guy, who keeps giving him the stink eye from across the table. Rubio wants to grow up and have a big family, take everyone to church, and have you check out his website.

Kasich is a talker, and he and great gramps stamp out most other conversation at the Thanksgiving table. There’s a lot of I’m just saying from Kasich, muttered as he gulps from a wine chalice he’s brought along himself, a strange staple at every family gathering. He told you once that he secretly belongs to another family – the one who thinks deporting 11 million people is really pretty much insane - but they think they’re too cool for him.

Ted Cruz: Your Cousin Who Always Wants You To “Get In On” Some Scheme With Him

Cruz is that cousin of indeterminate age who smiles a little too much, shakes your hand a little too hard, and talks a little too glowingly about how great he’s doing. He tends to start your part of the conversation for you: “How am I doing so well, you ask? Well, it’s simple.” And then he tells you. And at the end, he offers to help you be as awesome as him. It’ll just cost you 500 bucks.