What Immigration Taught Me About The Fourth Of July 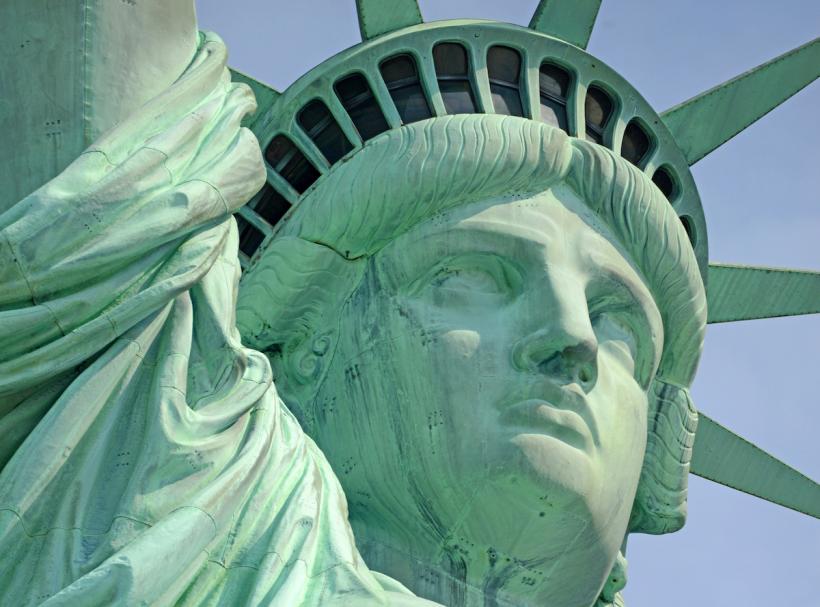 There is no way you can understand what a big deal being American is, because you’ve always had it.” Image: Thinkstock.

When [my husband] became a citizen, our family never had to worry about someone in the government telling us we couldn’t be together, for any reason.

I’ve always loved the Fourth of July. In fact, I’d say that next to Thanksgiving, it’s my favorite holiday.

Each year, generations of distant cousins gather at the lake that our family have been visiting for centuries. We have a moving dinner party, stopping at each family’s house for one course. I look forward to the good food, good drink and great company all year.

Of course, none of my excitement over the Fourth had anything to do with the actual meaning of Independence Day. While I would like to think that I paused for a minute or two to think about what it means to be American, I was mostly focused on looking forward to the fireworks show.

But all of that changed for me last year.

Three weeks before the Fourth of July, my husband became a citizen of the United States.

In a bland conference room in New Hampshire, I held our daughter and cried tears of joy as the Star Spangled Banner played, said the Pledge of Allegiance with heartfelt enthusiasm.

When my husband, surrounded by fellow immigrants of all ages, races, and ethnicities, took the Oath of Allegiance, I truly understood for the first time what a privilege it is to be an American.

It’s not often en vogue to be patriotic. We live in a country that has many flaws, and we often focus on those, while taking the good aspects of the United States for granted.

Sometimes, it takes people who do not have the privilege of being American to remind us how amazing this country is.

“There is no way you can understand what a big deal being American is, because you’ve always had it,” my husband said. He was born in Britain and raised in Australia, countries that are very similar to America, and yet the US still held a powerful allure for him.

I met my husband when I was traveling abroad, something that was easy to do as a US passport holder. The first five years of our marriage were defined by our immigration status. We lived in Australia while sending endless reams of paperwork and checks to the US government hoping they would grant him the coveted Green Card that gives permanent residency.

I will teach my daughter patriotism, and encourage her to always strive to make this country better, without diminishing her pride in her nation.

I was discussing the process with Australian colleagues one day when one disclosed that she had won the so-called Green Card Lottery. Officially called the Diversity Immigrant Visa Program, this lottery run by the US Citizenship and Immigration Services (USCIS) allows immigrants from countries with low immigration rates to the US to win the chance to apply for permanent residency.

I looked at her sideways. Was it really?

And yet, as I delved further into the immigration process I continued to learn the value of American citizenship.

Ours was an extremely straightforward case: we were married, and my husband was a white English-speaking cis man who held a passport from our closest ally. USCIS didn’t give us a second look, but the process was still confusing, expensive and long.

I can’t imagine the hurdles that people with less-straightforward cases must face.

When my husband was granted permanent residency we were able to start our lives in America, but he could not apply to be a citizen until he lived here for three years (usually it’s five, but if you’re married to a citizen the wait is shortened).

However, his lack of citizenship still had a near daily effect on our life.

He couldn’t join many areas of the military, and was unable to start his desired career in law enforcement because those jobs are only open to citizens. We had to worry about the effect that something as small as a parking ticket could have on his immigration status.

Last summer, however, that weight was removed. When he became a citizen, our family never had to worry about someone in the government telling us we couldn’t be together, for any reason. My husband was free to pursue whatever career path he wanted, without restraint. We could travel abroad without and possibility of being denied entry when we got back.

Each time I see three American passports — one each for me, my husband and our daughter — I understand the significance of that document.

I think about how I will teach my daughter patriotism, and encourage her to always strive to make this country better, without diminishing her pride in her nation.

And this year on the Fourth of July, I will unabashedly celebrate being American.