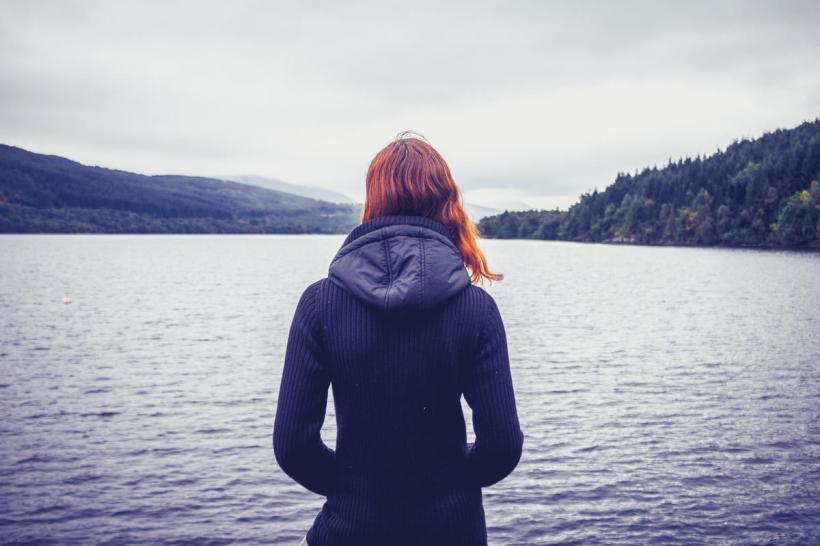 As agonizing as Kimberly’s death was for me, though, it also presented me with an unlikely gift: It forever altered the way I view friendships. Image: Thinkstock.

I have never judged Kimberly for her decision. After all, I too have found myself at a point where I was not immune to such thoughts.

One Saturday afternoon not long ago, I found myself delivering an emotionally-drenched speech at the funeral of someone who had been like a sister to me — someone I had a best friendship with for well over a decade. She had ended her own life the week prior, and I stood before a crowd of swollen eyes, broken hearts, and saturated tissues cradled by trembling hands.

Kimberly and I had not been in communication in the final years of her life, though she had continued to surround herself with evidence of our bond; our pictures still lovingly framed throughout her apartment. Sadly, addiction and depression had lured her into a dark hole of isolation where the pleas of those who loved her most were muffled and, eventually, disregarded entirely.

I was no exception.

Although life has not granted me scarcity in regard to the experiences of personal loss, death never becomes less of a mystery, and it is never any less cruel.

One day they are here and the next they are gone, without any further explanation. But suicide brings with it further layers of confusion and difficulty to peel through: Your loved one’s final chapter may have come to an abrupt close by their own choosing, but your heart remains an open book with a plethora of unanswered questions, aching to fill more pages with them.

In the weeks and months following my friend’s death, I was haunted by the same questions, over and over: Is that it? Is this all there will ever be of her precious life? How did it end this way?

There was once a time when every cell in her body seemed to be a celebration of life and laughter. Every moment was an opportunity to entertain someone, to play a prank on them, or to distract them from whatever may have been ailing them. Her spirit injected everyone in her presence with a dose of the sun. It always seemed invincible and joyous; mighty enough to fill an entire stadium, but with a preserved sense of childlike wonder. So I wondered how light had escaped her to such a degree that she felt there was no other method of finding relief.

I’ve danced with the same dark question: What if ending it all is the only way out of the way I feel right now?

I have never judged Kimberly for her decision. After all, I too have found myself at a point where I was not immune to such thoughts. I may not have delved into the same level of heaviness she did, but I have brushed up against it. I’ve glided along the floor weightlessly in the arms of sadness. I’ve danced with the same dark question: What if ending it all is the only way out of the way I feel right now?

After she was gone, there was so much I wanted to insert into every tiny, seemingly insignificant moment spent with my friend — to ask, to say, to appreciate, and to rewrite into our script. I was certain I could have said different things — better things — which could have brought about another ending.

As agonizing as Kimberly’s death was for me, though, it also presented me with an unlikely gift: It forever altered the way I view friendships. I became less tolerant of superficial entanglements and more hungry for the sustenance of genuine relationships.

I feel as though some people collect friends the same way they collect designer handbags — they look for whose name they can drop and who they are pictured with online to validate them. Although I always welcome the possibility of forming new friendships, I don’t necessarily need more of them. Rather, I need each of them to be rooted in authenticity and sincerity.

I have learned that relationships are not defined by who is the most eager to join another for an endless stream of selfies, or who is available when the limo is parked in front of the club. Relationships are defined by an honest exchange of “give and take” — a reciprocal desire for connection.

True friendships do not deplete more than they fill. Sometimes one party may walk stronger for a season and, therefore, provide more nourishment for the relationship’s soil. But the imbalance isn’t for long.

Even though Kimberly is no longer sharing this earth with me, our bond is alive and well within me. When I relive our countless memories in my mind, I know that — regardless of where her life decisions took her — her love for me was deeply rooted in a place of sincerity.

Her death taught me to speak more softly, to forgive more often, to resist the knee-jerk reaction to be offended, and, ultimately, to strive to touch those in my life in a way that will continue long after I too am gone.

Most of all, I want to grab her by the shoulders and shake her, convincing her of how loved she was — how loved she is still. I want to show her all of the things that the heavy veil of depression would not allow her to see.

Memories of Kimberly continue to find me randomly — yanking me back into a chokehold of grief. I long to throw my head back and laugh at that inside joke once more; to gaze into the mirror’s reflection as she fluffed her long, curly brown hair on our high school graduation day; to be annoyed by her careless abandonment of half-full soft drink cans in every room; to fall asleep on her bed while we watched Texas Chainsaw Massacre for the hundredth time; and to watch her waltz her long legs into my apartment with her trademark flamboyance, toss her purse onto the floor, and say, “Lacey, this is the funniest thing …”

But most of all, I want to grab her by the shoulders and shake her, convincing her of how loved she was — how loved she is still. I want to show her all of the things that the heavy veil of depression would not allow her to see. I want to reach inside of her, grab a hold of her heart, and show it to her. I want to tell her, “Do you see this? Do you see this beautiful thing you are considering wasting?”

But, I cannot. What “could have been” does not exist. I can only pluck those tokens of our friendship from my own heart every now and then, revisit them for a moment and then fold them back inside of me for safekeeping.

Isn’t it interesting that when faced with the finality of death, our loved ones always seem to become more fully alive and celebrated within us than ever before?

Her eyes remain a vivid image fully alive within my mind. They were a celebration in their own right, much like her larger-than-life personality. When the sun hit them just right, they became a shooting star of glittering silver flecks. Sometimes my heart smiles at the memory of them; other times it aches to recapture those fleeting moments when I was ignorant of their fragility.

I would say such different things.

“This Is What It Feels Like When Someone You Love Commits Suicide” by Lacey Johnson originally appeared on Babble and was reprinted with permission.

If you like this article, please share it! Your clicks keep us alive!
Tags
suicide
Depression
friend
friendships