Childhood Tragedy Made Me Terrified of Settling Down 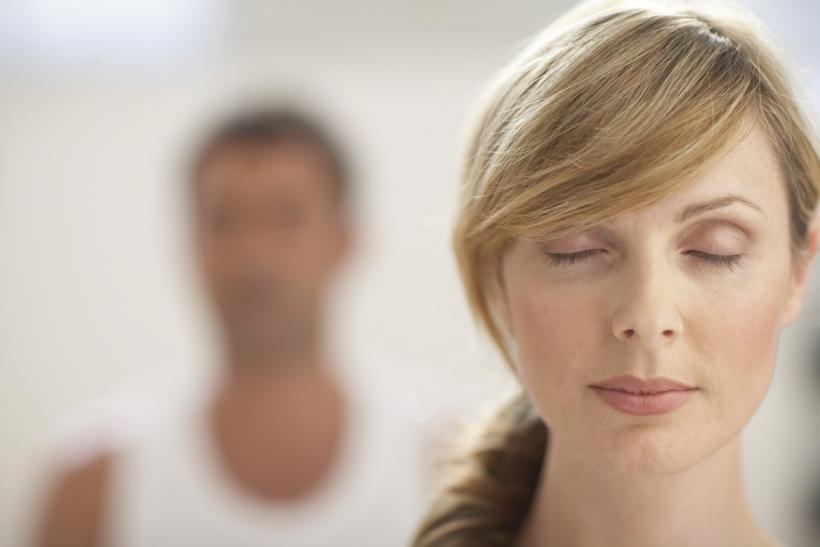 Ultimately, his love was stronger than my fear. And, I surprised myself to discover that so was mine.

When I was six years old, my mother and three close family members were killed in a sudden and public tragedy, hurling those of us who survived into a state of emotional upheaval. It was a time when my grandmother was never without a saturated tissue in her hand. And, too, it was the perfect opportunity for fear to dig its unapologetic fangs into me. I suppose I was too young to know how to stop the bleeding...

I recall standing over my toy box in the aftermath of the funeral, posing the following question to myself: I wonder how many days it will take to forget all of this? Burying the truth became the goal, because I assumed it was the only medicine for remedying the pain.

I vowed to myself that nothing would ever again pierce me deeply enough to expose my most fragile layers.

Life may have granted itself the opportunity to pull the rug out from under me, but it would not be granted another. Or, so I thought.

At 19 years old, I became entrenched in a passionate relationship with a boyfriend I planned to marry — a boyfriend who spent a year poetically attaching his last name to the end of mine. But, life eventually presented us with opportunities which led us in opposing directions. When I realized our love was slowly slipping like sand through the cracks of my fingers, my already existing abandonment issues rushed to the fore — this time with a fiery vengeance.

I vowed to all of the world, with a middle finger in the air: "I will not be fooled again, my friends! From now on, I will be pulling out all of the tricks!"

And, I meant it this time.

As I entered my twenties, I became the quintessential serial monogamist — attaching myself to possessive men I knew I would eventually depart from. I subconsciously chose men who were the cat to my mouse — men I viewed as unsuitable for life-long commitment, but who I knew would never leave me standing in the rain. I was always intimately entangled with someone — the grossly abusive and dysfunctional kinds of "someone" — but never "all in.”

Emotionally, I was strategic at keeping a limb or an arm dangling loose — granting me easy access any time I felt inclined to flee the scene.

Throughout those years, I celebrated countless girlfriends' bachelorette parties and bridal showers. I pinned the invitations to my refrigerator, slid myself into the party dresses, proposed the cleverest of toasts, and smiled brightly for the pictures. I wrote the cards, professing, Congratulations on your happily every after, baby! I'm so thrilled for you!

And, truly, I was sincere in rooting for their happiness. But, I did not wish to sign myself up for it. Sappy diamond ring commercials may have tugged at my girlfriends' heartstrings, but I was unaffected by its tune. I preferred to remain "safely" curled inside my cocoon of dysfunction, thank you.

Anytime I felt vulnerable in my attraction to a worthwhile suitor, my inclinations for flight began tugging at my hair and whispering, "Walk away, brave one. Walk away and let the bridges burn behind you."

I was masterful at maintaining the outward air of a lion, but inside, I was a frightened little gazelle — hiding in the shade and trembling at the thought of falling prey to heartache. Most individuals have a fear of heights, snakes, spiders, or acts of violence and, although I was not immune to such common notions of fright, nothing provoked me to shudder in terror more than the risk of handing my heart over to a worthwhile person — a person who would be granted the opportunity to break it.

I thought I was outsmarting everyone. For years, I was arrogant in my belief that I had become the hero of my own story. The truth is I was the tale's glorified scoundrel — also, its wimp.

Until I was introduced to the man who would become my husband.

"There is this guy on Facebook. I don't know what it is, but you two have to meet," one of my best friends said to me one day, in a persuasive whisper.

At the time, I had no inkling of how grateful I would soon become for her desire to play Cupid. Initially unreceptive to the idea, something compelled me to take a second glance — a second glance that would change my entire life.

His love was like a mighty arm reaching into my life and peeling back the scar tissue, wrestling my abandonment issues, and strangling them to their death. He was unyielding — stronger than my will to fight.

I learned that the suitor in question had also experienced the sudden loss of a parent. He had watched his father die of a massive heart attack when he was 16 years old. Something deep within me knew he was gazing at the most cobwebbed corners of me, but was undeterred by its ugliness. It was refreshing to never have to explain why such a gaping absence sometimes made me feel like nothing more than a shell of what I was meant to become.

And, he was undaunted by my antics and escape tactics — often asking, brazenly, "Why don't you look at me when you kiss me? Why do you always stare off into the distance behind me?"

In one transcendental moment, he cupped my face in his hands — handling me with the same tenderness one would handle a small child — and pronounced, "I've given you my whole heart and all of my trust. I deserve to have the same from you."

His love was like a mighty arm reaching into my life and peeling back the scar tissue, wrestling my abandonment issues, and strangling them to their death. He was unyielding — stronger than my will to fight.

Ultimately, his love was stronger than my fear. And, I surprised myself to discover that so was mine.

I learned that my love was so powerful, in fact, it became like a giant whale swallowing my every doubt, reducing each of them to the size of minnows — causing them to scatter and flee.

One year after our initial meeting, I stood in front of the mirror on my wedding day — mere moments before linking arms with my father and walking down the aisle. My eyes met my own reflection, and I was surprised to find that there was no inclination for flight. There was only love — bold, brave, and uncontaminated love.

I then realized the better part of my life had already begun.

If you like this article, please share it! Your clicks keep us alive!
Tags
Love
marriage
tragedy
PTSD
trauma
commitment