Why I'm Not That Worried About Screen Time 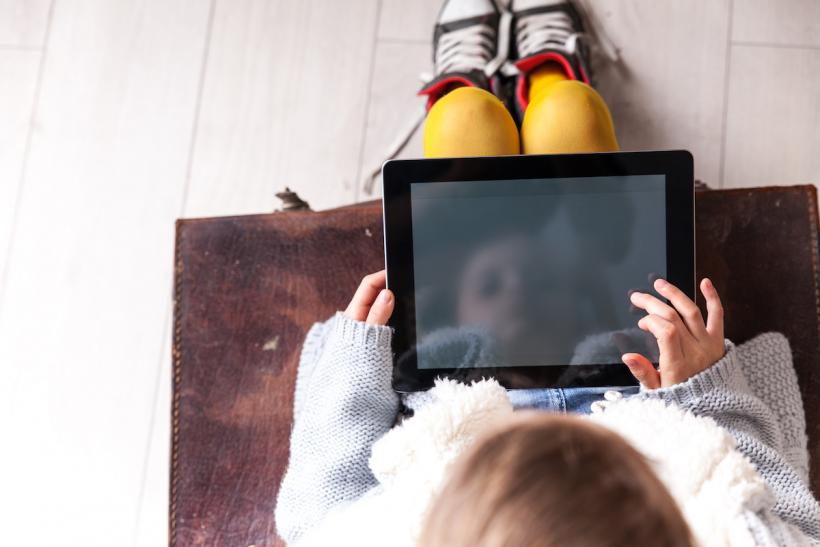 I am surprisingly unstressed about the amount of screen time our 1 year old is getting. Image: Thinkstock.

The topic has become a favorite discussion amongst parents and non-parents alike, and it’s easy to see why.

Once upon a time, the only thing to consider was “Does your kid watch too much TV?” But now it seems like nearly everyone can agree that kids these days spend far too much time looking at screens of all sorts.

I can certainly understand the stress about kids and screens, because it isn’t just TVs anymore: Our lives involve more screens than probably ever before. And we’ve all seen little kids glued to their parents' iPads (or whatever).

How good can that really be for a tiny, developing brain?

The American Academy of Pediatricians recommends that you avoid screen time for kids under 2, and some people even think it should be completely banned. But most parents in the real world know that, despite their best efforts, little kids are looking at screens some of the time.

My wife and I skew a little bit on the hippie-ish side, as far as parenting ideals go. That is to say, we’re all about that science-based medicine, but we totally rubbed lavender shea butter on our baby’s feet and I’m not sorry. Hell, we’d probably buy organic if we could afford it.

So we’re really the perfect demographic for constant screen-time concerns.

Science says it’s probably not great for babies and its ubiquitousness feels like a sign of the times? Sign me up to angrily opt out of that!

And yet, I am surprisingly unstressed about the amount of screen time our one-year-old is getting. Since I’m a pretty high-stress person in general, I figure if I found a way to not stress about a thing it seems like everybody is stressing about, I should probably share!

Here are four reasons I’m not (that) fussed about the screen issue:

Sure, we don’t plop down to watch a sitcom after work, but we do have phones, phones which I have referred to as “mom pacifiers” on more than one occasion!

(As an aside, how did anyone breastfeed before Twitter? Anyways…)

But parenting a toddler is all about making decisions (or non-decisions) in the moment. Because our living room isn’t dominated by a TV set, it’s actually pretty inconvenient to put on something “for” him. Not having the constant temptation means it isn’t something I feel like I need to be vigilant against.

That means less screen time in general, and that means that I’m less freaked out about the little bit of screen time that does happen.

2. I accept that screens are going to be part of our lifestyle.

I’m a writer — that’s how I make money to contribute to our family financially, and it’s also a great source of joy for me. I also work from home, and that means typing away furiously on a used laptop and looking up facts and figures and checking my email and filling out invoices and the like.

Point is, this all happens on a screen. Does my kid sometimes see me working? Of course he freaking does!

And I made a decision, a long time ago, that I would refuse to feel bad about that.

I love my work, I love what I do, and I am generally pretty proud of it. I’m not going to hide it from my child like it’s some shameful secret — that seems silly to me.

Screens are just going to happen in his life.

Acknowledging that and moving on helps me quell the panic.

He’s 14 months, and he already knows what a selfie is. Kids today don’t take a class on how to use a computer, like I did — they grow up knowing.

3. I let him enjoy the novelty when he spies a screen in the wild.

One time, we had to take him to the children’s hospital, because we needed to get something checked out on a weekend and his regular doctor's office was closed.

It ended up being much newer and fancier than where we usually take him. They had a TV in the waiting room, and the Disney Channel was on.

My kid had never seen such wonder. He was totally captivated. The nurse, who had a toddler as well, thought it was hilarious how impressed he was by it.

Here’s the secret, though: He’s just as captivated by a baseball game on at a restaurant while we have dinner.

Or the news: He will stare in wonder at the freaking news!

Now, probably part of that is just because he’s young, but part of it is probably also that he doesn’t have a lot of experience with TVs and screens, and therefore doesn’t have specific expectation.

And what that tells me is that, far from being controlled by the almighty screen, my kid finds them just sort of novel and exciting.

So I let that be.

I do not freak out when he stares, mouth agape, at whatever is on the screen during our whole dinner. I do not desperately try to distract him with other things. And I definitely, definitely don’t talk about how awful it is (thereby making it more exciting).

I just quietly remind myself that this is not the norm, and that he’s going to be fine.

He’s going to be just fine.

4. I remember that he’s growing up in a different technological world than I did.

I’m 30, which means that my working-class family thought the idea of a home computer was frivolous when I was a young child, but I spent my teenage years permanently glued to AOL Instant Messenger. I also watched an actual ton of cartoons every summer.

My child, though, was born into an entirely different technological landscape. We sent an iPhone snapshot to all of our friends and family 12 hours after he was born. My mother, who could barely be pressured into getting film developed when I was a child, routinely wants to know why I’m not sending her more pictures of the baby.

He’s 14 months, and he already knows what a selfie is. Kids today don’t take a class on how to use a computer, like I did — they grow up knowing.

And honestly? I think that’s probably great. And when he’s 15, or 19, or 30, things will look even different. He’ll grow up alongside these things, and whatever the next wave is that will probably freak me out, it’ll be normal and fine for him.

Kids are smart and resilient.

I’m pretty sure he’s going to stay smart and resilient, even when more screen time inevitably sneaks into his life.

The goal of zero screen time for toddlers is unrealistic and unfair in this day and age, but by trying to put the focus on other things, we’re able to keep it down to what feels like a reasonable minimum.

And when screen time does happen? I just take a deep breath, and remember that he’s happy and healthy and interested in lots of other things besides just screens.

This is fine. This is going to be fine.

I mean, unless the robots take over and the Matrix happens?

This is probably going to be fine, though. 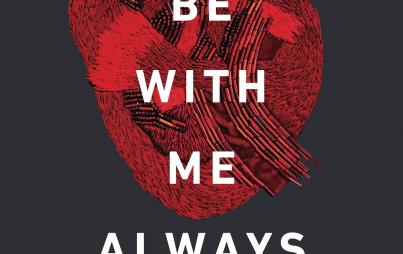