Why Nominating A Primary Candidate Is NOT A Democratic Process 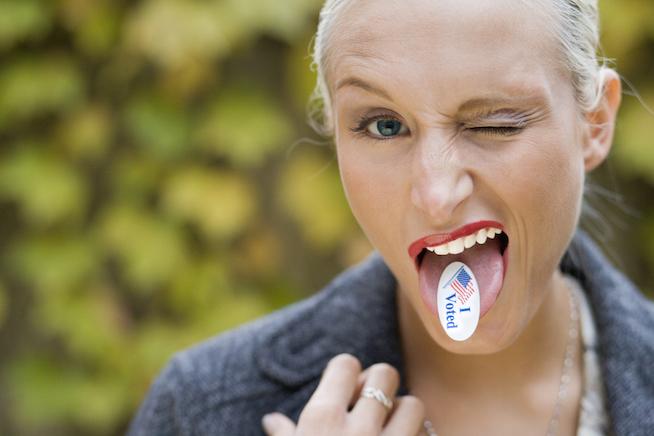 Remain calm, everybody. Delgates got this.

Watching recent cable news talking heads chat about the prospect of Trump/Cruz/Clinton/Sanders being “denied” the Republican/Democratic nomination, you would think that entertainment media is run by 5th graders.

(Although... That would explain a lot.)

Anyway. It seems increasingly obvious that Americans deserve a lesson on what a nominating primary is, what it is not, and why the rules are set up to ensure that both Democratic and Republican delegates will be free to choose whoever the heck they want for their respective conventions.

Based on a close examination of their record over the past 12 months, regular news outlets will be providing no such thing.

So here you go, America: Nominating a candidate is NOT a democratic process.

Why? Because parties run the process.

Each party has every right and reason to put forward the strongest candidate.

That is to say, the person with the best chance of winning in November.

I think the best way to conceive of primary voting is as an official, massive-scale opinion poll.

Hey voters! Tell us what you think, and sign on the dotted line while you’re at it. That way we know you mean it, for realsies.

Then, usually, the Republican Party and the Democratic Party look at all those votes. In a normal year, they nod and smile and reason, thinking, It looks like our hard-core dedicated party faithful prefer this or that dude or lady more than anyone else.

And then, usually, party elders (I must envision the Lord of the Rings stone roundtable anytime the phrase “party elders” comes up. Legolas, I’m looking at you) go ahead and accept said candidate. Everyone — all these phantom “delegates” — show up to whatever big-ass arena has been reserved and cast strictly-for-show votes.

The balloons drop, tons of speeches get given (yep, I said “get given”), and everyone’s eyes all but bleed from boredom by the time the whole extravaganza at last ends — with the known and over-hyped nominee ushered onto stage to the grateful applause of thousands who are really excited at the prospect of just going home already.

Now, I don’t know that this is exactly how delegates feel.

Maybe they love finally receiving a little bit of recognition for their hours of grunt work at the party’s behest.

Wait, what’s that about? What grunt work? I’m so glad you asked.

Delegates are people committed to principles, not personality. If they want to pick a winning candidate, guess what? They get to.

You know how I stopped feeling angry at the prospect of voters being “disenfranchised?”

I looked at the work required to form a political party.

The process is intimidating. You have to get thousands of signatures — in every state.

In total, you need nearly a million signatures in order to get on the ballot in every single state.

So you have to recruit loads of volunteers committed to whatever platform your nascent party is going to stand for. You’ve got to rally people behind a cause, and then convince them to give up a weekend, or two, or 10, standing on the street, knocking on doors, or whatever the eff is required to find these uninvolved citizens who can be persuaded to join a new political movement.

Then you submit all this paperwork, in every state, at various levels. And then you’ve got a chance at getting your party, and your party’s candidate, on the ballot.

Why is it sooooo hard? That’s what I wondered, when I realized we may very well be given an unpalatable choice in November. Why can’t somebody pure and uncorrupted just fill out a few short forms and be a choice?

And then I realized this is by design — and friends, it’s a good design!

Because if any old random person could just sign a few government papers and get their name on the ballot, every single election would be a chaotic choice between vying celebrities, wealthy narcissists, greedy rat racers, etc, etc.

But really, the official parties exist to vet candidates.

Someone who is committed to principles — not his or her own aggrandizement.

And the people ultimately responsible for this vetting are the delegates.

Delegates aren’t random citizens chosen by lottery. They are the volunteers you see out at polling places, handing out bumper stickers. They’re people who have run for office themselves, sometimes.

They are, by definition, the party faithful.

You and I are probably not delegate material.

Have you ever given up months of your life during an election season? Have you annoyed your friends, neighbors, and strangers with endless emails boosting some or other faceless name for office? Do you make it a regular goal to show up for local government town halls, so you can put your two cents in about zoning laws?

I guess, then, you and I can shut the heck up about being “silenced.” Showing up one day (or for eff’s sake, mailing in a freakin’ absentee ballot) does not quite measure up against an esoteric knowledge of party bylaws, learned only due to an intense dedication to the nitty-gritty work of making a democracy actually function.

I don’t want to have to put in all that time and effort. You probably don’t either.

Let’s agree to delegate that to… the delegates!