Winners And Losers: What You Need To Know About The Iowa Caucus 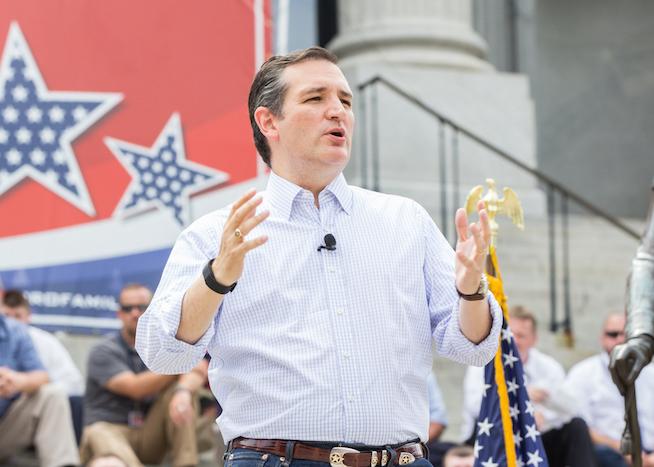 Buckle up for a wild primary ride.

For starters, Donald Trump did not win on the Republican side. Were we in a church, I might have shouted “Hallelujah!” But then again, Ted Cruz did win, and he’s not exactly inspirational.

Last night was the first chance American voters had to hand tangible results to 2016 presidential candidates. Across the state of Iowa, caucus goers met in various public buildings to show their nominee support, and the results are illuminating. And depending on who you are, one might also call them hopeful.

For starters, Donald Trump did not win on the Republican side. Were we in a church, I might have shouted “Hallelujah!” But then again, Ted Cruz did win, and he’s not exactly inspirational. There is a suggestion that Cruz is reminiscent of Nixon.

Still, take what you can get, right? My prediction that Trump’s numbers would drop after choosing to skip the final debate? Check. A big question mark over Trump’s supposed inevitable nomination? Check.

The final big story on the Republican side was the unexpected 23% of support harnessed by third-place finisher Marco Rubio. In a world where polling means everything (America), the late and impressive surge of votes for the Floridian senator suggests Republicans are not quite as batty this year as previous data suggested. Only one percentage point separated Rubio from Trump, and that will mean a lot to New Hampshire voters, who cast their primary votes one week from today.

On To The Democratic Side!

In 2008, Barack Obama’s win in Iowa shocked the Hillary Clinton campaign. It also gave pause to voters who had considered Clinton inevitable.

We all know how that turned out.

Bernie Sanders is not Barack Obama. He’s old, White, from the tiny state of Vermont, and a self-identified Socialist. Yet the enthusiasm for Sanders — all those excited citizens feelin’ the Bern — mirrors that of ’08 Obama.

And as of right now, no official Iowa winner has been declared on the Democratic side. Clinton has 49.9% of the vote, and Sanders has 49.6%.

With Sanders set to win big in New Hampshire, the lack of a clear, declared victory for Clinton is still not necessarily a major win for Bernie (more on that below). But it is a blow for Clinton, though perhaps not a crippling one. She has what is considered a firewall in the South, and after New Hampshire, South Carolina will likely give Clinton a big primary win over Sanders.

That Hillary Clinton will be the Democratic nominee is all but guaranteed. Bernie Sanders needed to win in Iowa in order to show that even in a moderate-esque place like Iowa, a Democratic Socialist can beat the Clinton campaign machine.

But the statistical tie is bad news for Clinton as POTUS nominee. Because what Bernie Sanders has revealed is a huge election sector — half of Iowan caucus-goers! — are not excited about her. That facts suggests low turnout for Clinton in a general election, which makes it that much easier for a Republican to win in November.

Because the big question is whether or not Iowa’s results will impact New Hampshire, and how the rest of the state races unfold, now that Trump looks at least potentially beatable, and Sanders looks like actual competition for Clinton.

Whatever way it plays, this is going to be a wild primary ride.

Since this article was published, Clinton was declared the official Democratic winner of the Iowa caucus.