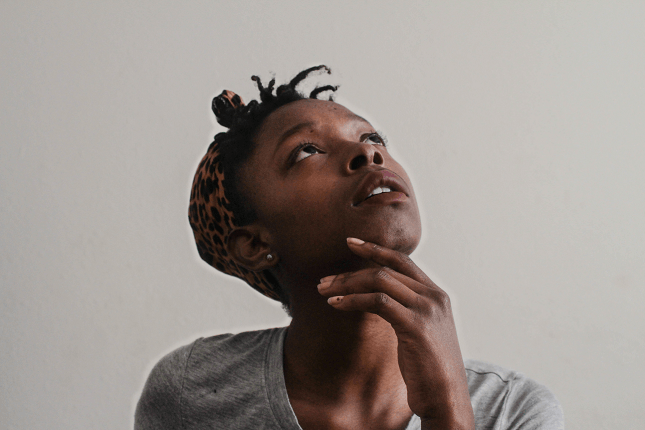 Hollywood would have you believe that latinas come in one shade — bronze. But the truth is we don’t.

Now just hold on a minute. There’s no need to press the refresh button on your web browser, and no, Google is not translating your page. I really wrote that in Spanish. BECAUSE I AM LATINA.

Puerto Rican, actually. And Panamanian. And Black (or African-American if you prefer). And I’m taking this quick minute to publicly thank Eva and America for pointing out that NO — not all Latinas look alike. And frankly, I’m a bit tired of of everyone (namely Hollywood) thinking that we do.

Don’t get me wrong, I love those women. Like, seriously LOVE. My nana and Jennifer Lopez’s nana lived in the same building in The Bronx and so in my mom’s head, somos primas (we’re cousins).

I have a strong sense of pride when I see Jenny From The Block killing it on screen and on stage. I scream out "WEPAAAAAAA" when Rosie Perez tells it like it is. I love that there are more Latinas on the scene — but we don’t all have that golden bronze skin that looks like it’s been kissed by the sun.

Some of us have velvety, chocolate brown skin, and can roll our ‘R’s so well you’ll think an ocean tide is coming in. Some of us are dark as midnight, with skin so ebony it glistens and glows like stars gleaming on a clear night. And to the OTHER extreme, some of us are pale, and have blonde hair and blue eyes.

Malcolm (from Malcolm In The Middle)? Latino.

WONDER FUCKING WOMAN — As Mexican as the day is long.

Isn’t it such a lovely rainbow? But then again...aren’t we all? Yes. Yes we are. And I write this article to celebrate that.

Hollywood would have you believe that Latinas come in one shade: bronze. But the truth is we don’t. We make up a whole damn rainbow due to the delicious mixtures of Taina, Inca, Mayan, and African blood running through our veins. We are dark as midnight and bright as snow.

Spanish (or Portuguese for some of us) is our first language, our second language, and for some the language we are still waiting to learn. But make no doubt about it — our Latin roots are strong, and they are deep, and they are much, much richer than Hollywood would ever have you believe.

If you like this article, please share it! Your clicks keep us alive!
Tags
Latina
latinx
race