Your Life, As Defined By Your Christmas Ornaments 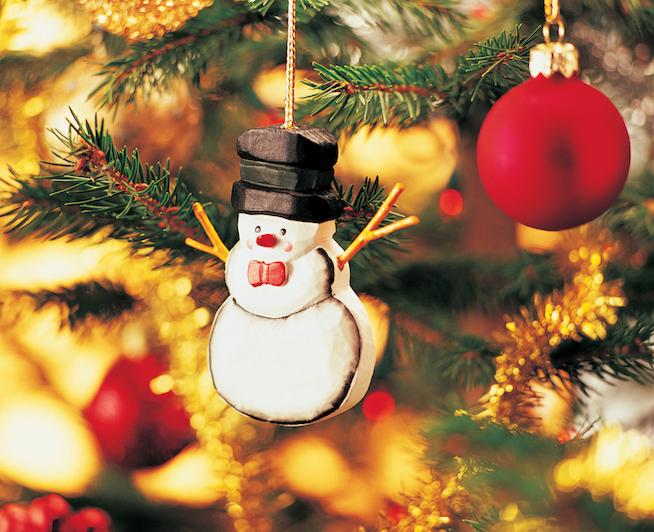 A glass Star of David to honor your Jewish side.

A Popsicle stick reindeer made by you in 3rd grade. You are now 37.

A tiny lighthouse in a tiny jar. Your parents promised summers on Cape Cod. Instead, you stayed in motels with neon light signs strobing through the windows in Atlantic City.

A chipped ceramic handprint — yours, from Kindergarten. You are still 37.

A fragile pink pig, given by an ex-boyfriend. "You be Wilbur," he whispered into your ear during your first night of sex together.

A Popsicle stick airplane that you made in third grade. Your mother said What a little artist, then promptly tossed it in the trash. You rescued it later that day.

A glitter spider, from the ex-boyfriend. Charlotte’s Web was your thing.

A real, very old, candy cane. It has yet to crack. You’re impressed by its fortitude.

A glass Star of David to honor your Jewish side.

A crystal circle reading “Motorola, 2006,” from before the crash.

A photo of your long-dead cat, Milo, in a brass Easter egg-shaped frame. Oh, sweet animal, I miss your furballs, you think when you hang it on a low branch. Milo had an uncanny ability to hork on laps when unwanted visitors overstayed their welcome.

A trio of smug (wise) men, to honor your non-Jewish side.

A Baby Jesus in the manger. Baby Jesus looks a lot like Bart Simpson. You renounced Jesus at 14.

A Jesus fish made of rhinestones glued together by you at Bible Camp. You were born again at 16.

Interlocking male and female symbols made of pipe cleaners. You lost your virginity and renounced Jesus again at 18.

A Humpty Dumpty made of glass. You were always our little cracked egg. Your parents gave it to you when you turned 30.

A small felt ball made with the fur of your long dead cat, Milo — created by Aunt Gigi.

A drunken angel perched at the top, threatening to ruin Christmas forever, not unlike Aunt Gigi. Every. Single. Year.

An ornament that reads Ho-Ho-Hos Before Bros, made by a friend at Paint-Your-Own-Art. You aren’t sure if you find the term “ho” offensive. You research it and decide you will picket all shopping mall Santas that shout the derogatory term.

A surprisingly intricate figurine of Jessica Rabbit. A gift from your therapist. He asked How does it make you feel? The answer was: Turned on. But you said you liked strong female characters.

A smug felt pickle, because you want to be a hipster and quirky. Turns out pickle ornaments are a tradition that are supposed to bring good luck. The pickle stays.

A Will Ferrell Elf. You don’t understand the Elf on a Shelf, but you get Buddy the Elf. "You sit on a throne of lies" is better insight than your $80-an-hour therapist has ever offered.

A bust of Hillary Clinton made of polymer clay. Because: future.

A peg Elvis, from his Army years. Because: past.

A seasonally-attired Zoidberg. Because: why not?

An oversized mini palm tree decked out in Christmas lights, from Grandma in Boca.

Darth Vader brandishing a candy cane. Your current boyfriend made you watch the original three films in one night and bought you this ornament to initiate you into geekdom.

Yoda hauling a sack of toys that reads Good for Christmas, you were. Yoda doesn’t need to know the truth.

A string of blinking Christmas lights, nine of which are dead.

If you like this article, please share it! Your clicks keep us alive!
Tags
Christmas
ornaments
childhood