Having One Child Makes Me A Better Mother 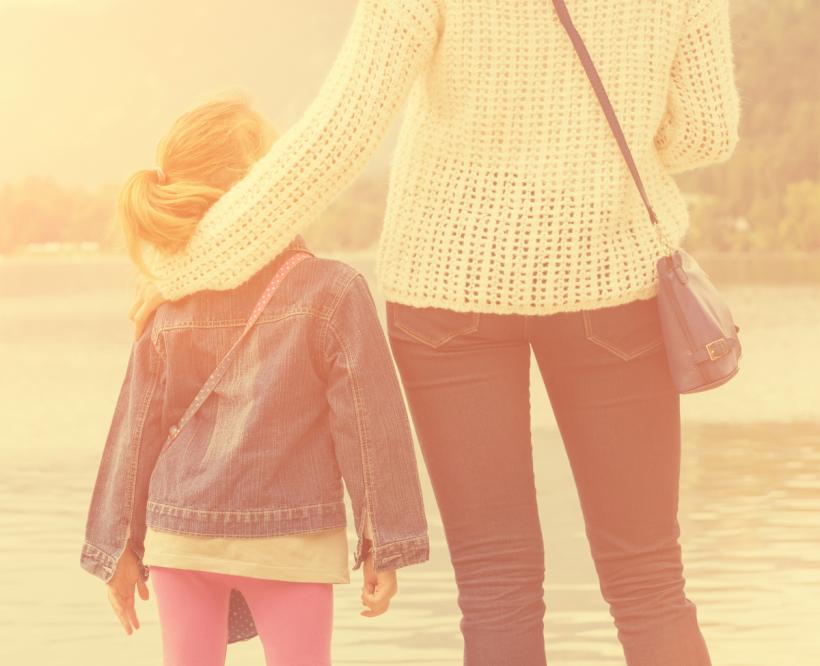 This is what works for me. I am happier as a parent of one.

We live in a culture where having no children is considered abnormal. Our culture also tells us having one child is equally unacceptable. I have one child and am frequently asked when I’ll have the next. I have friends who have divulged that their relationships are on the rocks but decide to bring another child into the family, despite a hostile environment. I know of people who find one child incredibly challenging and seem to hate the whole experience. And yet they proceed to have another child willingly.

I wonder about these decisions. For me, I would be a terrible mother if I had another child.

Please keep in mind, I am only wondering why having one child is considered so wrong. There are myriad benefits to having multiple kids (potentially close sibling relationships, sharing responsibilities when parents age, etc.). But there are also just as many, different, benefits to having one. (It’s less expensive, allows for full focus to be on the one child, cars are only made so big, etc.)

I only have one child right now, so technically I will never know if I would be a terrible parent if I have more. However, I am in my mid-thirties and have been around myself long enough to understand how I operate.

As a child and young adult, I had the temper of my father. He was encouraged by alcohol, and his rages were loud and abusive, physically and otherwise. What I got from witnessing that and being the victim of it was a temper to mirror his, perhaps slightly smaller in scale. With little guidance from my parents, my childhood was a mess. I was always in trouble at school, had little understanding of social norms, was bullied incessantly, and came home to a neglectful, abusive, and dirty house. It wasn’t until my twenties that I got my temper and anger under control.

I wanted this baby. I loved her, I thought. I was supposed to love her. But all I was was frustrated and annoyed.

I was 22 when my father died, which left me relieved. And, most importantly, I found that I felt free to share my experiences. Up to that point, it had been our family’s ugly secret. This opening-up was the beginning of a healing process for me. With the help of friends and the gift of writing, I was able to manage my emotions on a day to day basis. What came with this was a departure of rage. Sure I still grew quickly frustrated with things like malfunctioning technology, or my mother, or an exploitative boss. But, overall, my temper was in check. I held it tight, though I always knew it was still there, simmering.

A little over a decade later, I had a daughter. This was a life goal for me. My desire to have a family and raise children in a completely different manner than my childhood was paramount. I wanted a few kids — two, maybe three. My husband was on board with this plan, and we got started. I have always been maternal towards children. "You have such a way!" people would say. I was a camp counselor, and my campers liked me. I still have handwritten letters from eight-year-olds saying I was their “BFF,” best friend forever.

It’s different when you have your own child. I knew this, and yet, I thought my maternal practice would simply transfer over. It’ll be hard, I thought, but I was made for this.

Well, yes and no. I had a little girl, and she never stopped crying. Her colic was so severe that the pediatrician kept moving the mileposts for it. By four months, they’re usually good. By six months. By nine. By a year. It had taken about one year before my daughter stopped crying more or less anytime she was awake. My nerves were frayed. I cried each morning, begging my husband to stay home.

I wanted this baby. I loved her, I thought. I was supposed to love her. But all I was was frustrated and annoyed. "Shut the hell up!" I roared. I would sink to the floor and claw at my cheeks, pull at my hair. She didn’t understand. And fortunately, I kept my distance when I was so worked up. My heart beat in my throat, my nails became daggers with which to gauge at my skin, tear open this failed vessel of a mother.

My version of motherhood. The role I thought I’d be so good at.

There are many faces of parenthood — many voices, many timbres. I was and am a face of “normal” motherhood. “Normal” really means that there is no mean or median. It’s all unpredictable, and our children don’t follow a script, and neither do we. But I knew, that temper of mine was rearing its head again. I hadn’t seen it in a long time and I, of course, didn’t greet it like an old friend. I greeted it as a reincarnation of my father. This anger was his and also mine, and there was no way I wanted my baby to be raised in fear as I was.

But I made it.

I made it a year, and my daughter’s colic calmed. Sure, we still were sleepless, as her sleep was a whole other stress factor. However, I mostly kept my anger and frustration away from her. But we don’t live in a big house, and it was never far away.

Contrary to our initial plan, I declared we would not have any more children, and my husband supported this decision. I couldn’t bear another year of the newborn challenge. Whether I officially had postpartum depression or not, I’ll never know. I think it’s possible I had a baby that didn’t stop crying and that can be grueling on a human’s psyche. Either way, I don’t want to sacrifice my relationship with my husband to have another child. The most stress on our relationship has been regarding parenting. Perhaps a new baby would be a “good baby,” or easier. Or maybe, as I often hear, I’d be an experienced parent, and so it wouldn’t be so bad.

But it’s not a risk I’m willing to take.

When I am stressed out, I am not a good parent. I am not alone in this. Or at least it’s much harder to be a good parent. My daughter is now three and is a delight. She’s incredibly verbal, and I can have conversations with her that astound me. She is empathetic and understands so much more than I thought a three-year-old could. I am mostly a maternal and happy mother, despite the frustrations that also come with parenting a young one. On the occasion that I lose my cool and yell, or do the well-known parental this is my stern voice and don’t test me, I feel awful afterward. But I then talk about it with her, liken her frustrations to mine. I tell her that I too need to work on being calm when I get frustrated. But with just one child, I find that I am not terribly stressed out anymore. It seems relatively easy.

The other day at the grocery store, my daughter was pushing the kid-sized cart around and together we filled it with the items from our list. A woman stopped me, complimented my daughter and asked if she was my only child. I said yes, and she said: I can tell. My face must have been a question mark, so she replied: you look happy.

None of us is perfect. No one has parenting down exactly. But if I were to bring another child into my house, I know my stress level would increase, and my ability to keep my anger in check would be diminished. I would be less happy, and ultimately, so would my child or children. I’m not willing to do that. With one child I can keep my temper at bay and be a much better parent than if I had multiple kids.

This is what works for me. I am happier as a parent of one.

We are a happier family as a family of three. Why is that so strange? Why is the desire for happiness and a stress-free, anger-free life considered less important than having multiple children?

If you like this article, please share it! Your clicks keep us alive!
Tags
parenting
newborns
new parent
postpartum anxiety
postpartum depression
only child
only children