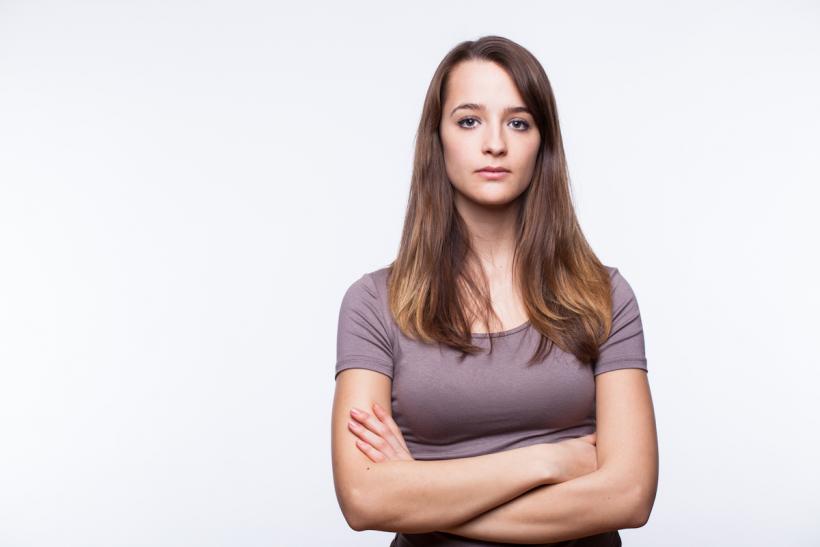 Nobody needs our white asses jumping in to whitesplain racism to People of Color. Just don’t.

For many white people, our first reaction to hearing about racism is to immediately look for a reason to say “That’s not racist!” I recently saw this in a few iterations. One was a discussion about the ways in which refusing to hire employees with dreadlocks is racist. In this case, people insisted that this wasn’t racist because some white people wear dreadlocks, and employers are allowed tell employees that they can’t wear jeans. Because asking someone to wear different pants at work is the same as asking them to cut their hair which may have taken some time to grow and is a natural style connected with their cultural heritage. Or, you know, not. (Bonus ridiculousness: In this case, the woman was denied a call center position that was not customer-facing because of her locs.)

In another instance, a Black woman was talking about having a racial slur yelled at her. People suggested that this wasn’t racist because if she wasn’t Black, they might still have yelled something at her that had nothing to do with race. I guess if we ignore the fact that they, in fact, DID yell a racial slur at her this might make sense? No, still just wrong.

In another situation, a Native person was discussing the issues with using mascots like “The Redskins.” Someone insisted that it wasn’t racist because the name of their Catholic high school team was The Crusaders — who were also people “just like Native Americans are people” (which rises to an Alanis Morissette level of irony). This behavior supports and perpetuates racism, so we’ve got to get past it.

The good news is that you can’t fix what you aren’t aware of, and these situations provide an excellent opportunity to become conscious of, and overcome, unconscious racism, provided we know what to do. (Hint: It’s not taking to Facebook to proclaim/explain how and why something “isn’t racist.”)

Ideally, we believe oppressed people when they talk about their oppression, and we ask if/how we can provide support. That said, in conversations I’ve had where people are struggling with this, they have asked for specific ways to work through this. So if you find yourself in this situation, here are some steps that you can take yourself through:

One form of racism occurs when people outside of the oppressed group (typically in the group that does the oppressing) challenge People of Color each and every time they point out racism. This is a technique that’s used on purpose by racists, bullies, trolls, and white supremacists. Unfortunately, we can see it so often that it can also become unconscious conditioning even for those of us who want to confront and dismantle racism.

Pay attention — whenever someone talks about something that’s racist, is your immediate response “Well, maybe it’s not racism — what other explanation can I find?” If so, consider working to change your thought pattern so that your first thought is, at the very least “Maybe that is racism; I need to learn more,” and then listen.

Ask “What Am I Missing?” And Beware The Dog Whistle

Many white people can go about our lives without being confronted by racism — without thinking about it, planning for it, and fighting it on a daily basis. For others, it may come up tangential to the experience of our family and friends who are People of Color, but even in that case it’s not the same for us, and our experiences shouldn’t be centered over theirs.

Because of this, when a Person of Color points out something that is racist, they are very likely talking about something we’ve never experienced, or even considered. If a Person of Color points out racism, and we disagree, the first question to ask ourselves is “what am I missing here?” The answer to this question lies in listening. Listen to the person who is talking, seek out writing by other People of Color about the same issues. Believe them. It’s tricky to compare oppressions (i.e., “This racist thing is just like this homophobic thing...”) because oppressions come from different histories, are made systemic in different ways, and benefit different people. Still, understanding this, if you’re stuck it can sometimes help to look for parallels between the situation that is happening and other oppression that you are aware of.

Places to look (besides the amazing People of Color writing for Ravishly):

There is a concept called “Dog Whistle Racism.” It happens through the use of coded language that seems (or that one can claim to be) innocent to those who aren’t aware of the ways that it is racist in origin and context, for example, calling someone “an articulate Black man.” This is another situation where our privilege as white people allows us to be unaware of the ways that racism plays out. There’s a great piece about it here from The Root.

For this reason, we should never assume that because something doesn’t seem racist to us, that it isn’t racist or that the person pointing it out is just too sensitive. Again, the key is to believe what People of Color are telling us and to assume that they know better than we do what is and is not racist.

No community is a monolith — members of the same group can have very different ideas about what is and is not racist, and that’s fine. As a white person, I think it’s best to err on the side of not engaging in things that people tell me are hurtful to them, even if other people don’t agree.

I Still Don’t Think That Thing is Racist!

So you’ve gone through the steps, and you still don’t believe that things are racist. Does that mean it’s time to jump right on into this conversation? Not so fast.  Let me ask you this — Why is it so important to you to argue with a Person of Color about whether or not something is racist? I’m going to say it again here — we should believe oppressed people when they talk about their oppression. If you’re failing at that, then your best bet is just not to say anything at all. Nobody needs our white asses jumping in to whitesplain racism to People of Color. Just don’t.

If you like this article, please share it! Your clicks keep us alive!
Tags
racism
whitesplaining
racist
ally
hey white people
white people
people of color