I Climbed A Mother Effing Mountain 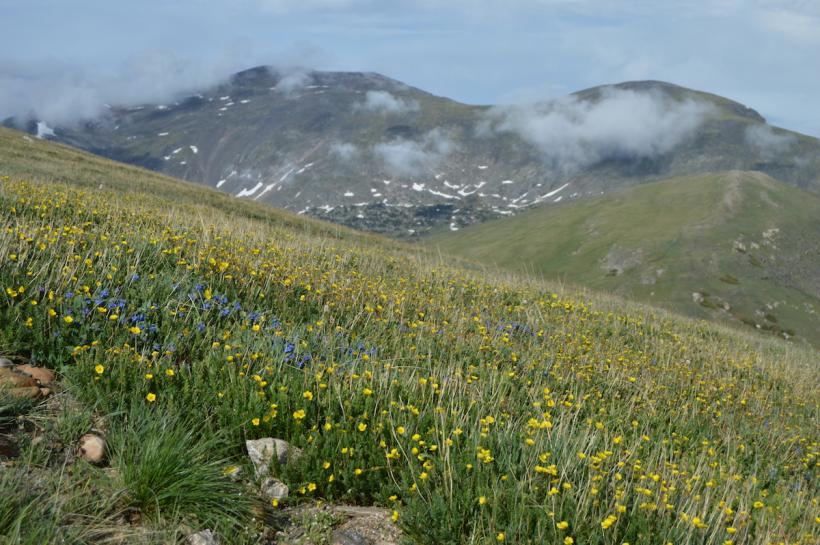 On proving that determination can show up at any age. (Image credit: Kristi Pahr)

I’m lazy as hell, you guys. I know it’s true and I’m not particularly ashamed. I like to put forth as little effort as possible while still managing to be successful in an endeavor. If there’s a way to make it easier? Hell yes. Why not?

This tendency has gotten more pronounced as I’ve grown older, too. It’s like the amount of energy I have to last me through my remaining years is finite, a hard-limited quantity, so I need to preserve it as much as possible. I know that’s not true, but I’m talking feelings here, y’all, not science.

For example, I FEEL like running sucks. I FEEL like if there’s a way to get out of raking leaves in the fall, I’ll gladly do it.

I FEEL like I’d rather sit on my sofa and eat bread than engage in strenuous activity, no matter how “fulfilling” said activity is supposed to be.

Which is why it’s so shocking that I climbed a mountain this summer.

I mean, not an entire mountain. Not like ropes and pulleys mountaineering or anything so extreme. But it was significant for me and my mostly sedentary lifestyle. I climbed this damned thing: 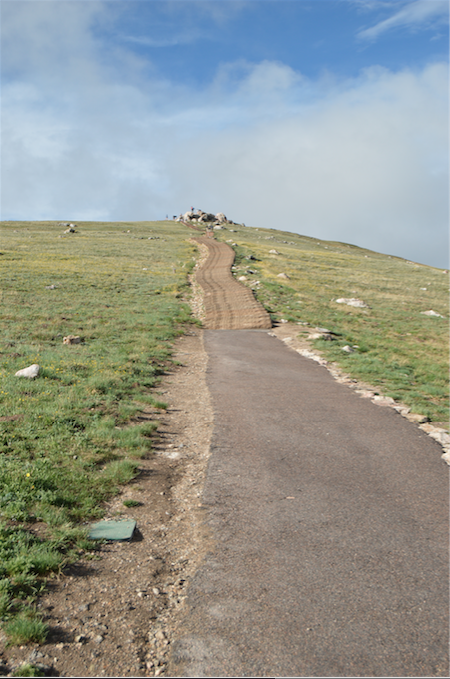 That’s the trail above the Alpine Visitor’s Center at Rocky Mountain National Park. It’s at like 12,000 ft. above sea level or something ridiculous like that. So high that breathing is tricky. And breathing while physically exerting oneself, one who happens to be self-proclaimed fat and lazy, is nigh impossible.

And even crazier? I did it alone. My family stayed in the van. I was all “Fuck yes, Imma climb a mountain y’all. Brb.”

And then I did.

I actually did it.

I had to stop several times along the way to try to breathe and perfuse my poorly oxygenating tissues... which conveniently provided a good time to take photos and pretend I wasn’t dying. By the time I got to the top, I had a terrible headache and crampy legs and was a little shaky, but I saw this: 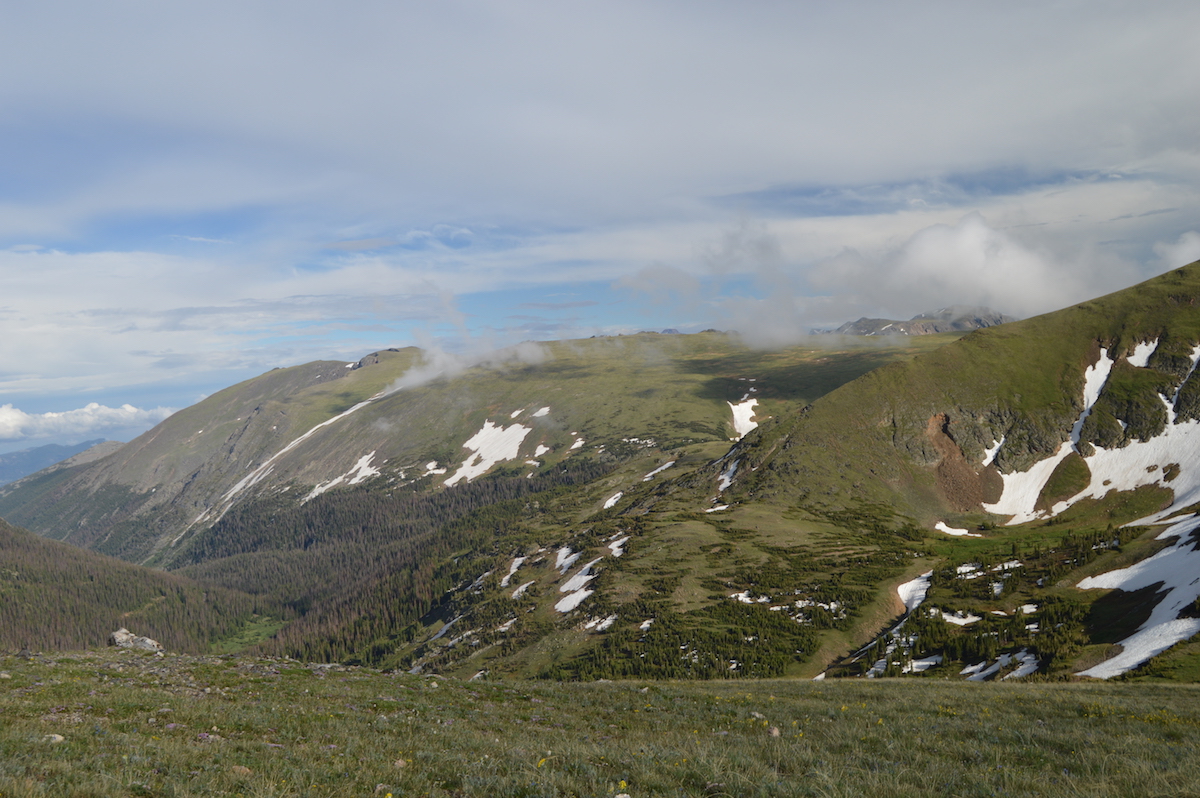 And the craziest thing? When I got to the top, I sat for a minute, looked around, breathed, then just turned around and walked right back down. I didn’t dally. There were a lot of other people up there, relishing the fact that they also had just climbed a mountain. Some, like me, seemed as though they might die at any moment, and others, mainly those under 30, appeared to have trained for marathons in high elevations or something, or maybe they just have super efficient lungs, because they were FINE. I even saw teenagers RUNNING up there. I’m about to pass out from hypoventilation, and there’s a 14- or 15-year-old literally running up the trail. His poor mother came trudging up behind him, flushed and huffing. #solidarity

When I got down from that mountain, I collapsed into the van, and we just drove away. I mean, *I* didn’t drive. My legs were lumps of trembling goo. My husband drove, bless him. It seemed like an anticlimactic ending to what should’ve been a heady and symbolic thing, but... meh. I was exhausted and thirsty.

It wasn’t until later that I got all proud. I proved to myself that, despite my laziness, I could climb a mountain. It sucked. It was hard and uncomfortable and made my body hurt, but I did it.

I didn’t turn around, I didn’t give up.

That’s a big deal you guys.

Because not only am I lazy, but I never finish anything. I lack follow-through and perseverance. I have so many half-completed projects laying around, it’s ridiculous. Wallpaper half-stripped from the wall, half-crocheted hats, half-painted walls. It’s almost like a pathology. The fact that I didn’t just turn around halfway up that thing, get in the car, and drive right on away, is not only worth mentioning, it’s damned INCREDIBLE.

Now, six months later, I find myself trying to attribute some significance to this experience, some evidence of character growth or evolution, but I’m coming up blank. I’m still pretty much the same lazy asshole I was before I climbed that mountain, I’m still the same person who doesn’t finish anything.

I guess the difference now? I know that I can, if I want to... and that's no small thing.

If you like this article, please share it! Your clicks keep us alive!
Tags
lazy
self care
health
hiking
wellness