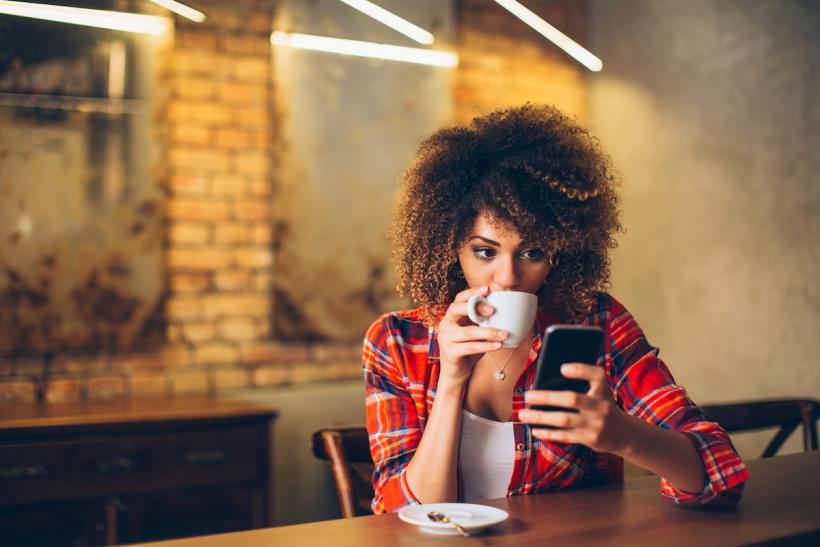 While my post-OkCupid elation was temporary, I still value it.

The first picture I chose was a snake named Lola and me. I’m wearing a rust-colored cowboy hat and holding a tightly coiled Lola just under my chin, my fingernails painted Barney purple, and flashing the camera a rarely genuine smile. Perpetually concerned smiling will highlight nascent wrinkles, I usually opt for the vague half-grin of the Mona Lisa in photographs. Some might have chosen this picture hoping it would be a conversation starter, attracting messages like, “Cool snake. Is it yours?” While such messages did arrive, I was not seeking them out. In fact, I did not want to attract anyone when I joined OkCupid.

I had been single for less than 72 hours. The profile was for me.

The profile was an act of catharsis — a means to rebuild self-esteem fractured by emotional abuse. I left my ex just before turning 27. He had publicly embarrassed me at a literary reading and proceeded to scream at me until 3 AM — for the egregious sin of conversing with others at the event. My friend took the photo of me holding her snake at my pre-birthday bash, part of a three-day celebration. I tend to think that, after the age of 21, you are not entitled to a “birthday weekend,” but given what I endured, I felt I deserved to welcome 27 with three days of unadulterated celebrations of myself.

I wanted to feel loved.

I left in March but tried to leave in September. When I was tenderly introducing the subject to Randall (*name changed), I mentioned wanting to focus on my career. I was not sure we were right for each other. If I was going to be with anyone, I told him, I needed someone more independent. Randall scoffed at this, offering a caustic laugh.

“I hate to break it to you. I really do,” he said, although he really didn’t, “You’re never going to find anyone who’s going to put up with this independence shit.”

Joke’s on him. When you value “this independence shit,” you don’t need to find anyone to put up with it. It took me six more months, but I left.
Need and want are two different things. While I did not need anyone romantically, I certainly wanted to feel worthy of romantic love. On the advice of a friend, I turned to OkCupid.

Online dating is a form of personal marketing, which is why so many find it inorganic and unromantic. But self-promotion forces you to ponder certain questions. Why would anyone want to date you? What do you bring to a relationship? After the abuse, answering such questions was healing. It’s similar to the glimmer of hope you feel writing a cover letter, even in the depths of unemployment, as the task forces you to play up your best qualities. You have to reflect on your self-worth. It is required.

Filling out the profile, I remembered all the things I loved about myself that Randall cut down.

I talked about being a charmingly awkward extrovert with a shameless appreciation for high and low-brow media (Hot Tub Time Machine and Network both all-time favorite films). I mentioned my unmatched talent for relating amusing anecdotes, calling myself a “female David Sedaris.” This, and carefully compiling my most flattering recent photos, led to a brief flutter of high self-esteem. There was a half-hour period where I could see no reason anyone wouldn’t want to date me.

This, of course, did not last. Abuse is toxic and traumatic, and ugly words stick with you far longer than 72 hours.

Recently, I have started meeting people through my profile. It has been difficult. A friend of mine, also an abuse survivor, personifies her fears in a being called the “Trauma Fairy.” The Trauma Fairy hovers over your shoulder whispering false warnings, murmuring incantations that make you see red flags in innocuous places. “He answered ‘Yes’ to, ‘Do spelling mistakes annoy you?’” she says, “he’ll probably negate your intelligence. He replied ‘Good’ to ‘How do you feel when you do nothing all day?’ He has no long term goals, and he’ll be threatened by your ambition.”

I combat the Trauma Fairy with a personal mantra — We expect patterns to repeat, but they don’t. Not always, anyway.

I repeat this about three times an hour most days, and about 20 times for every five minutes I spend on OkCupid.

While my post-OkCupid elation was temporary, I still value it. That pocket of time when I felt positive about myself was tremendously cathartic, and its transient nature is in part why it remains significant. Emotions are powerful and all-consuming, but they are also temporary. On a bad day, when I repeat Randall’s insults and convince myself I’m unlovable, I remember I once felt the opposite. Whatever I’m feeling, good or bad, will pass. This helps in my worst moments. It reminds me I have silenced destructive thoughts before and I can do it again.

After remembering as much, I log onto OkCupid and tweak my profile just a little.

If you like this article, please share it! Your clicks keep us alive!
Tags
abuse
abusive relationship
OKCupid
online dating
recovering