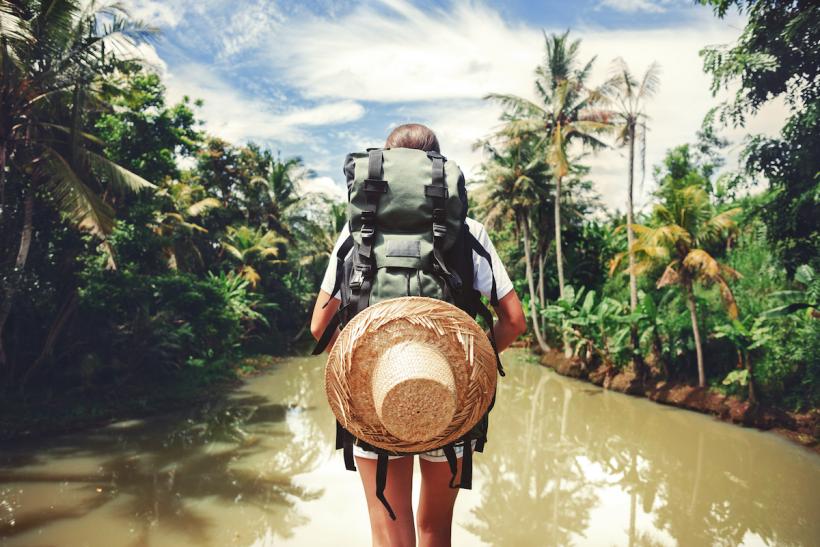 Yes, women do face more dangers than men when we travel. But we also gain more strength from each journey into the unknown.

I rarely have dreams about being raped anymore, that is until I announced on Facebook that I was going to India. Immediately, my inbox and my phone filled with stories about rape in India.

According to Amnesty International, 2014 saw over 37,000 reported rapes in India, despite police actively deterring victims from reporting sexual violence.

Fear of sexual violence permeates women’s lives, regardless of whether we travel or stay home.

According to the Rape, Abuse & Incest National Network, one in every six American women has survived raped or attempted rape. Men can also be victims of sexual assault, yet nobody tells a man not to travel because he might get raped.

As a rape survivor, it took me years of therapy to reclaim my freedom of movement. Darkness and solitude no longer make my skin crawl with icy vulnerability. I’ve traveled in Europe and the Middle East without nightmares or crippling anxiety. But the pre-India onslaught revived my dormant fears with the vengeance of a hungry ghost.

Fresh nightmares curbed my enthusiasm for research and planning, even though it was my lifelong dream to backpack in India. My loved ones’ panic was partially fueled by prejudice. There was lots of talk about “barbaric” Indian men. But domestic travel also has its challenges for survivors.

Even if the same risks are present back home, I felt a greater sense of danger from sexual harassment abroad. Travelers are often isolated by language, appearance, and culture. Especially for rape survivors, even slightly hostile interactions can provoke familiar fears.

Maria*, a 26-year-old from Arizona, told me listening to music and talking with friends helped her cope with anxiety during road trips in the U.S. Maria had experienced child abuse and several rapes by different men before she turned 18. Today, she still has panic attacks and night terrors, which can be challenging on the road.

Maria and I are not unique. RAINN estimates 30% of female survivors still report PTSD symptoms nine months after the assault. The mental health effects of sexual violence are uniquely long-lasting. A psychology study of German trauma victims from World War II revealed that sexual violence produced higher levels of anxiety and PTSD symptoms, even decades later, than other types of wartime trauma.

“I hadn't had any night terrors for a while, so I thought I was good,” Maria recounted from her trip to Florida. “I woke up, maybe two in the morning, screaming.”

She eventually fell back asleep. But someone had already called the police. Maria woke up to police in her hotel room. Particularly for women of color, unexpected encounters with police can be terrifying. Although she wasn’t in danger that night, it still cost her pride to be questioned by police and have to explain her situation to a bunch of strangers.

Once I arrived in India, locals warned me about police corruption and advised me to be careful when seeking protection. That responsibility was mine alone.

I was sexually harassed in northern India every day, sometimes on an hourly basis. Men followed me, shouted at me, grabbed my arms and tried to pull me closer, even surrounded me and drew so close I could feel their hot breath on my face.

People acted as if my body was a stray dog without an owner.

Even if the same risks are present back home, I felt a greater sense of danger from sexual harassment abroad. Travelers are often isolated by language, appearance, and culture. Especially for rape survivors, even slightly hostile interactions can provoke familiar fears.

In Khajuraho, where the street harassment was so severe it was hard to walk around, I sometimes commissioned young boys to be unofficial chaperones. The presence of a male child commanded more respect than even two adult women. Along the way in India, I met 44-year-old Angela*, a Lithuanian/German backpacker who studied kickboxing and taught me the art of shouting confidently at aggressive men, regardless of my size.

Angela was almost raped at knifepoint when she was a teenager. “He had a knife and put it to my neck and said: stop fighting. Otherwise, I’ll cut your face so bad that even your mother won’t recognize you,” Angela recalled.

Although she managed to escape, afterward she still experienced shame and anxiety. It took her three years to muster up the courage to travel in India. “It can happen everywhere... for me, it’s no reason not to travel,” Angela said.

Both Angela and I talked with dozens of other female travelers about how they deal with sexual harassment abroad. Many rape survivors told me they study martial arts. Samantha*, a 23-year-old American, avoids coed dorms and tries to travel in groups.

“I was attacked while traveling, so traveling alone was really hard the first couple years after,” Samantha said. “I stay in women's only rooms at hostels and make sure I'm home before dark until I'm used to the area... It's been difficult, but it gets better for me every trip.”

Some female survivors avoid men when they travel. However, for myself, the memories I shared with new male friends in India were the highlight of my backpacking trip, from the day laborer I met at the camel festival in Pushkar to the doctors and lawyers who showed me around Varanasi and Mumbai. In many of the areas I traveled, women aren’t allowed to wander outside their homes. If I wanted to make local friends, men were usually my only option. As long as I trusted my gut and never ventured with them alone to secluded areas, I felt completely safe.

There was only one exception. It was at a wedding in an agricultural village near Khajuraho. My host, a friendly hostel worker who I met earlier that day, begged me not to leave the “women’s area” alone for fear I would be assaulted. He was right to worry.

I wore a modest Indian kaftan, yet I’ve never felt more naked than I did when he escorted me to get food. Men constantly pushed up against my body as I frantically scampered out of reach. My heart raced. It wasn’t just the crowds of gawking, drunken men or the guns fired into the air that triggered my terror. It was the look on the teenage bride's face, struggling not to cry. She appeared to be an unwilling participant in the gender-segregated festivities. I knew that look. Panic gripped me suddenly by the throat and squeezed the oxygen from my lungs.

Then a woman in a bejeweled sari slipped her fingers between my own. She didn’t speak English. So she silently held my hand until I stopped gasping and trembling. In the weeks to come, if ever I felt uncomfortable, physical contact with other women helped steady my breathing.

Women often feel stronger together, even when we travel alone.

There are many ways rape survivors cope with anxiety while traveling. Whether it’s studying martial arts or holding hands with strangers, there is no triumph quite like conquering fear to go on an adventure. Yes, women do face more dangers than men when we travel. But we also gain more strength from each journey into the unknown.

*Names have been changed to allow subjects to speak freely.

If you like this article, please share it! Your clicks keep us alive!
Tags
Rape
India
rape survivors
traveling alone
sexual violence