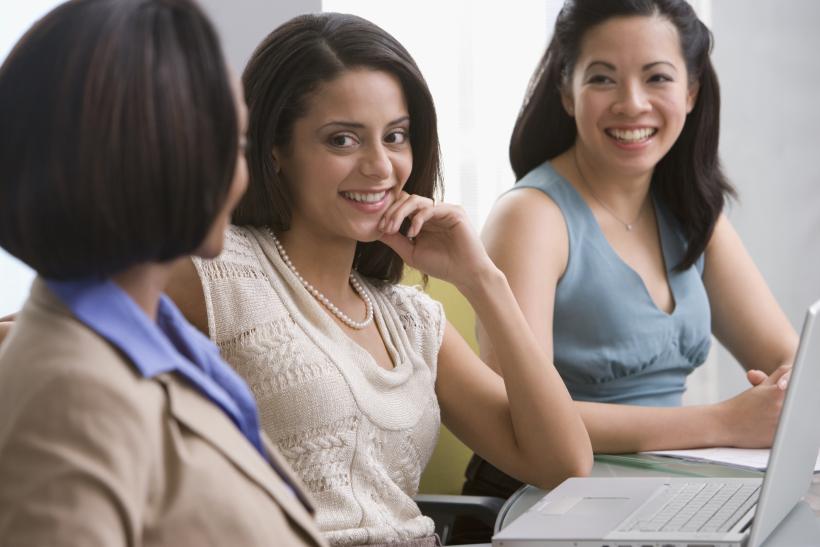 Private, unsearchable Facebook groups provide women all over the world with networking and friendship opportunities that never existed before.

For better and for worse, we are living in the age of Facebook. A 2016 Pew Research Center study revealed nearly 8 in 10 Americans online use Facebook, with women joining and using the platform at higher rates than men.

“Facebook is full of self-proclaimed feminists passionately stating their opinions,” journalist Jacy Topps wrote about “Facebook Feminism” for Bust magazine. “Facebook feminism misrepresents what intersectional feminism really is and increases the obstacles the movement already faces. Feminism is not just about posting ally-centered articles on Facebook, Twitter, or just declaring your solidarity.” And Topps is not the only one to notice the digital media landscape is flooded with both people and brands that don’t actually practice the feminist values they preach.

When Libby Chamberlain, founder of the  the pro-Hillary Clinton Facebook group Pantsuit Nation, turned the community’s private dialogues into a lucrative book deal for herself, Daily Beast writer Erin Gloria Ryan called it the “bullshit faux feminist capstone,” an emblem of white privilege in a year “characterized by the failure of popular feminism.”

On the surface, it’s easy to see how Facebook hurts marginalized women and women’s movements alike. But the true value Facebook offers feminism may be the posts and groups that women deliberately keep secret.

Every day, thousands of women around the world are joining secret Facebook groups where they crowdsource their questions about careers, sex, money and everything in between. Israeli tech leader Maria Green Povarchik and fellow Tel Avivian Reut Reuveni started one such group back in 2015 called Supergirls. Today, the secret group for women has grown to around 65,700 members. And these networks aren’t limited to privileged, tech-savvy millennials.

“They are religious, secular, atheist, all over the political spectrum,” Povarchik told Ravishly. “Some [members] were born in Israel and others are immigrants, some [Arab-Israeli] Palestinian and others live in the Occupied Territories.” The personal questions these women tackle together often flout social norms. Women of diverse ages and backgrounds collaborate online every day to help each other. “We have, within our community, many women who are interested in becoming single mothers by choice,” Povarchik said, describing one example. “The discussions in the group, the support and information they received, as well as meetings we held on this topic helped them reach a decision.”

Israel isn’t the only nation with stigma-smashing groups for women making independent choices about their sexual health. In New York, university student Kayla Axelrod launched a secret group exclusively for women and nonbinary people with an STI like herpes. These clandestine Facebook networks create safe spaces for women who want to take charge of their own choices in the privacy of their bedrooms, free from family pressure and judgemental stares.

“Women use these closed groups to support one another through careers, marriage, motherhood, parenting and everyday life,” Anum Rehman Chagani wrote for Quartz about similar groups in Pakistan, each with thousands of members. “Through conversation and compassion, these communities of like-minded women are empowering each other.”

Washington, D.C.-based writer Ananda Leeke, author of the memoir Digital Sisterhood, thinks closed Facebook groups for public networks like Black Female Founders are essential for women navigating both sexism and racism in the workplace. It’s especially difficult for black women to avoid rampant misogynoir on social media, even in women’s groups. It’s a prevailing tone Leeke called the “white woman’s privilege voice.” The camaraderie in secret groups specifically for women of color helps members speak freely. “It allows people to share their concerns and not be attacked,” Leeke explained. “It weighs you down when people are constantly asking you to explain yourself, they don’t get what you’re saying.” 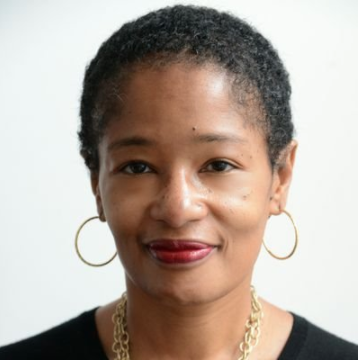 The recent outrage over military Facebook groups sharing nude photos of female comrades is just one example of the ways secret Facebook communities can harm women’s careers. Critics slammed Facebook for taking so long to shut down the pornographic group run by US Marines, Marines United, which at its peak in February reportedly had almost 30,000 members. Facebook itself is less the savior of feminism than it is the newest global battlefield. Despite all its pitfalls, women are widely using the platform to expose sexism and network against patriarchy.

Professional networks have traditionally been dominated by men, from elite university clubs to industry conferences with sexist overtones. Now, social media is one of the world’s most prominent platforms for career-building; the Recruiter Nation Survey 2015 by Jobvite estimated that 92% of recruiters use social media to find the best candidates. And women are taking matters into their own hands.

These Facebook groups fill many of the same functions traditional networking groups have, such as helping women learn how to negotiate higher salaries. Even so, Leeke feels digital groups are creating new possibilities. For example, even if someone is the only black woman working in the tech scene in her whole county, she can still access a network of like-minded professionals facing the same challenges.

“I was a woman in the '80’s in my career, going through college and law school,” Leeke recalled. “Nowadays, there is so much more that’s available 24/7... you have all these conversations online and when you meet them in person you can connect even more. You can establish working relationships.”

What happens on Facebook doesn’t stay on Facebook. Many secret groups grow to also have meetings offline, local chapters that strengthen the network’s impact beyond social media.“The most amazing, and possibly unexpected, side effect of our virtual presence is the offline meetups and events,” Povarchik said. “We have over 10 events every month, planned, devised and led by community members.”

There’s still plenty of room for debate about the overall impact Facebook has on the modern women’s movement. But it’s clear the platform is changing the ways women educate themselves, build communities and ultimately make their own decisions. “It’s kind of taking the power, the control back, by having women-only spaces where we can operate without overlying sexism.” Roetman said. “Especially for Native American women, it’s reigniting this idea that we have a voice and we can be heard.”