To The Doctor Who Said "God Bless You" 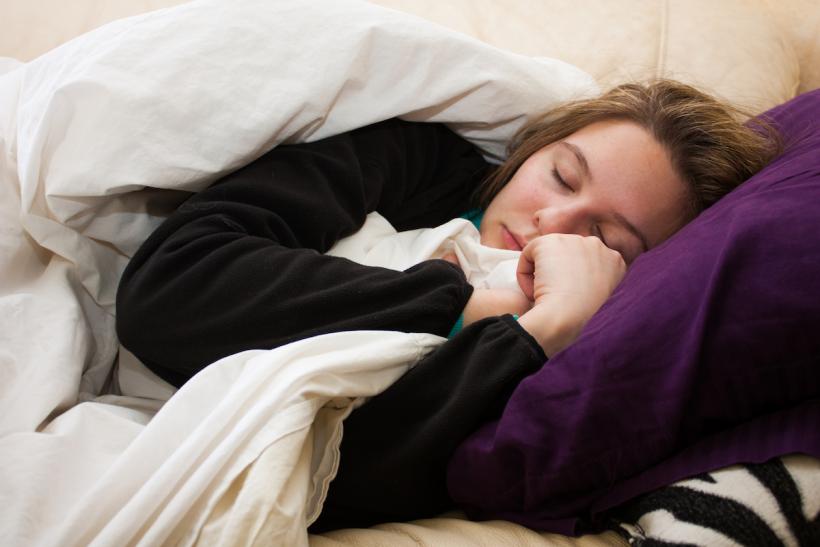 Maybe God blessed me with a miserable virus so I could take a little break.

No, I didn’t get a flu shot this year. Or last year. Um, or the year before. And last week, I had the flu. I went to the Medemerge 30 minutes before they closed, put the required surgical mask over my face, and sat down in the waiting room.

I followed the nurse through the double doors, barely able to breathe. I felt like crap. Into the exam cubicle. Blood pressure. Temperature. Height. Weight. I was too sick to even shave 15 lbs. off the number like I usually do.

“The doctor will be in shortly,” she said with a smile. I liked this place.

A few minutes later, the curtain rustled, and a voice said: “Knock, knock?” In walked the doctor. He was younger than me. They’re always younger than me now. When did that happen? He had shaggy hair that was the most perfect salt and pepper shade I’ve ever seen. I would totally pay for that hair color. He asked a few quick questions. Listened to my chest and back.

“Yup, sounds like the flu. The nurse will take a nasal swab, and we’ll know for sure in about twenty minutes.”

And with that, he picked up his clipboard and walked towards the curtained door.

And just before he left my cubicle, he turned back around and said, “Feel better. God bless you.”

Maybe it was the 103F fever I was running, but those words “God bless you” went straight to my soul. I’d never heard a doctor say that before. He was so natural about it, too. And sincere. It was more comforting than any prescription.

The nurse came back with the giant Q-tips and a box of tissues. Up the left nostril. Up the right. And all I could think about were the words “God bless you” and his perfect hair.

I went home to my husband and four-year-old daughter. They’d both had flu shots, by the way. I sank into the couch, sapped of energy but feeling like I finally took care of myself a little. I wanted to tell my husband about the doctor’s “God bless you, ” but I started to feel like I was making a big deal out of nothing. Maybe doctors say it all the time, and I just don’t see enough doctors? So I just let the phrase ruminate in my flu head for a week.

God and medical science have never been two separate things to me. I think of them as intertwined.

God being beyond comprehension really and medical science being, well, based on fact. We spent a few years in the fertility world. We never once stopped praying for the next IVF cycle to work. How much time God really spent overseeing a petri dish or checking on the lining of my uterus, I’ll never know. But it certainly couldn’t hurt asking for a little magical support. No matter what the outcome of a medical situation — whether someone gets cured, healed, pregnant, or more time to live — there is a comfort knowing that there is still this truly unknown factor of God.

So Dr. God Bless You gave me so much to think about with that simple phrase. As I started to feel better, I played outside on the deck with Miriam on an unseasonably warm February day. Maybe it was the copious amounts of Advil Cold & Sinus playing with my mind, but the sky was BLUE. The trees were bare but MAJESTIC. My daughter Miriam’s hair was BLONDE. And I felt like I was seeing God work his magic as I came out of this flu-induced haze.

I’m the type that talks to God on a daily basis. I’m always asking for help with thinking clearly when I’m not doing a very good job at it. And I’m not really sure if I really expect an answer.

The comfort is in the asking I guess.

I like to think that deep down, I know the answers to my questions. But for me, God is like that friend that listens with a smile until you realize how crazy you sound.

So back to Dr. God Bless You. The flu made me use my sick days at work, that I prefer to hoard and use for anything but ME being sick. I’d rather use them for a sick kid or a mental health day when I have the courage to take one.

In my fever ridden, body aching, zero appetite state of sickness, I thought about so many things. I thought about how I’d asked God for help with surviving those raw days and months and even years after our young son died in a swimming pool accident. I thought about those desperate days of wanting a baby again so badly after losing our only child. How I talked to God non-stop asking for help but trying not to ask “why.”

I thought about the times I missed my own mother so much, but I knew she was watching from the heavenly side, sending me guidance. It can feel weird to be a mother when your own mother is gone. I realized that she probably talked to God a lot, too. Not only did I inherit her insanely delicious Kellogg’s Corn Flakes and Saltines stuffing recipe, but I also guess I learned some coping skills from her.

“God bless you” is not just a post-sneeze salutation for me anymore. It took that Medemerge doctor (with great hair) to catch me off guard to reconsider that phrase.

God blessed me with a time out.

And so many other things.

If you like this article, please share it! Your clicks keep us alive!
Tags
God
Time Out
the flu
blessings
essay
talking to God
faith

To The Doctor Who Said "God Bless You"
Erica Landis