What It’s Like Dating A Trans Woman As A Straight, Cisgender Male: An Interview With My Boyfriend 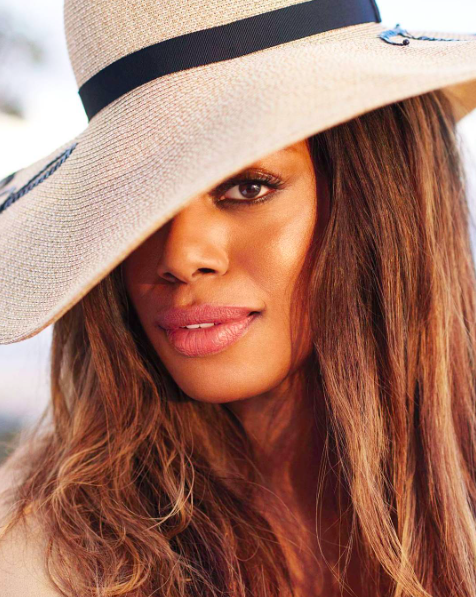 I acknowledged the possibility of a sexual attraction, but I’d never honestly considered whether or not I could actually be in a romantic relationship with a trans woman before. (Image: Instagram/ lavernecox)

Me: So tell me, sweetie, before you met me, how did you feel — as a straight, cisgender male — about the idea of dating a trans woman?

Boyfriend: Uh, well, honestly it wasn’t something I had put much thought into. I had seen attractive trans women in the news and the media and the internet, and I remember thinking “well she looks great!." So I acknowledged the possibility of a sexual attraction, but I’d never honestly considered whether or not I could actually be in a romantic relationship with a trans woman before. It wasn’t like I had ruled it out, it was just something I hadn’t sat down and thought about. It was not something that was on my radar.

Me: What was your first thought when you and I met for the first time?

Boyfriend: My first thought was “wow, she looks great!” *laughs* I thought you were a little weird, but in a good way. And when I mean weird, I mean quirky and nerdy, stuff like that, and I thought those were very endearing qualities.

Me: To be fair, you’re quirky and weird too, and I definitely thought that when I first met you. What was your first thought when you found out I was trans?

Boyfriend: Well I found out you were trans before I met you. I looked through the profile and read it, saw the pictures. I thought we had a lot in common. Then I found out that you were trans because it was buried in the profile a little bit, and I was kinda like — Oh! That’s new. Like I said, it was something I had never considered, and then I was thinking to myself, well should I still message her? Because I hadn’t really determined at that point whether or not I could actually be in a relationship with a trans woman. I said to myself, "well this is just a date, it’s not like we’re getting married or anything," and I decided what the hell, I’ll just go ahead and message her and see how it goes.

Boyfriend: Yes, I was very afraid, actually. I remember the first time we went out in public at an IHOP, I believe it was. I remember being a little paranoid and wondering if people were looking at me. It was not so much whether or not I had a realistic fear; I think it was the setting being the area that we live. If I were in San Francisco, I probably wouldn’t have cared at all, or if I did, it would have only been a little. It was more that I had never been in a situation where I had to deal with stigma before.

Me: For clarification, you and I both live in the southern part of Georgia. So how did people’s reactions confirm or deny your concerns?

Boyfriend: It really denied the concerns, because I’ve never had anybody say anything to me, as far as strangers go. Now when friends found out about it, I got a lot of weird questions, like "how would you have sex?" And some of my friends were kinda surprised, but not completely surprised. And then my sexuality got called into question, like "are you really bi? Or gay?" Stuff like that. And I’m kinda like you know I'm still me, I'm the same guy, nothing’s changed or been buried or hidden or anything like that. So yeah, a lot of questions, but thankfully I haven’t had any downright just sheer discrimination against me, but at the same time not everybody in the world knows, either. We’re a little selective in who we discuss it with.

Me: If I did not "pass" as a cisgender woman, would you have still been interested in me?

Boyfriend: It’s hard to say. My sympathy goes out towards trans women who don’t pass. It’s one of those things that is very difficult. I think it would have made it a lot harder dealing with the stigma that I mentioned before, and I probably would have seen more of it. It just would have been a lot more difficult, especially with my family and introducing you to them, considering they don’t know you’re trans yet. It would have just been harder. I think people can wrap their heads around it a lot more if the person is passing, and it’s unfortunate that that’s the case.

I think that there’s a lot of stigma out there, and I disagree with Laverne Cox saying that it’s more stigma for straight men dating trans women than it is for trans women; but I do agree with her when she says that we need our representative, you know? We need a straight man to stand up and say “yeah, I’m dating a trans woman” — like someone famous, a celebrity, something like that. It would be very encouraging, and I think it would help reduce the stigma. But what happens is every time it’s found out that a straight guy is dating a trans woman, it’s like a big cover-up, like we gotta sweep this under the rug. It’s always the assumption that their sexuality is called into question, which I think is just ridiculous.

Me: As of right now, having dated for over six months, would you have said or done anything differently in the first couple of weeks after we met?

Boyfriend: No. *laughs* I think that I’d be scared to go back and upset anything because everything’s turned out so wonderful. So why go back and risk changing something and setting things on a different course?

Me: Aw, sweetie. Well, thank you so much.

If you like this article, please share it! Your clicks keep us alive!
Tags
dating while trans
cis/trans relationships
Transgender
transgender dating
laverne cox