I Got Naked In A Room Full Of People 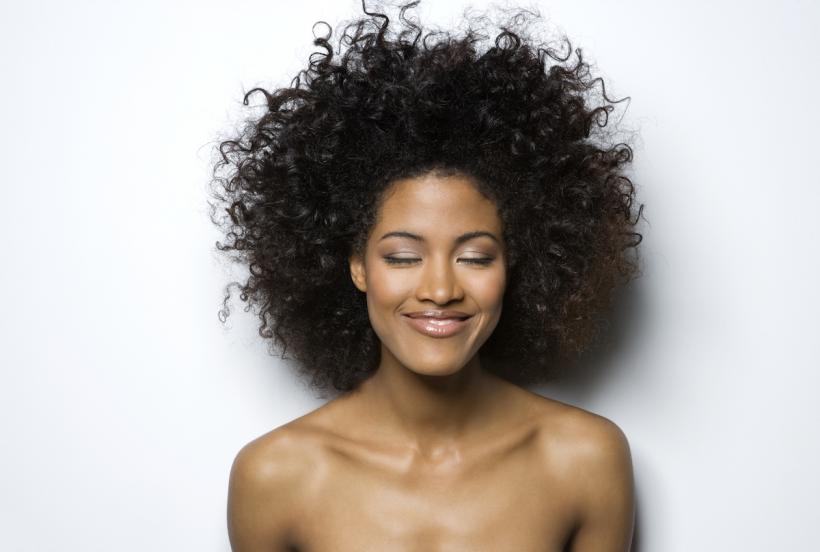 " By opening night, none of us could wait for our cue to get on stage and DANCE OUR BEAUTIFUL BUTT NAKED BUTTS OFF."

You know that nightmare where you’re in public – and naked? Last year that was actually me – really me – the only naked person in a room full of clothed people. And I was fine.

Years ago, I hated my body, especially my breasts — so much so that I even wondered if getting a double mastectomy wouldn’t be such a bad thing. I didn’t buy a new bra for eight years because I couldn’t handle salesgirls coming in the dressing room; just when you’re trying to yank a too-tight bra round your waist to the front and haul it over your DD-nearly-E cup breasts, some size 2 sales chick pulls back the curtain and yells, "How you’re doing in there?" How am I doing? Oh fine, except I can’t breathe and the back fat spilling over this bra strap makes it look like I’ve got ‘behind-breasts.’

I never undressed in front of anyone, never got in a spa with others or swam in public. I spent summers indoors. The whole pale Goth thing was made for me; I wore black every day, anyway.

At the time, I was eating everything I could get my hands on but not throwing up, so I just got fatter and fatter and hated myself more and more. I’d excavate frozen apple pies from the freezer and break my teeth by eating them still frozen; I’d stand at the stove cooking pancakes, gobbling them as made them. Once I tried swallowing Ajax mixed with water to make myself vomit, but luckily I only managed to drink one mouthful. (Self-loathing? Who, me?!) I binged and starved, went on every diet and weight loss programme ever invented, lost weight, gained it back, lost it, gained it again.

At 18, if you’d told me that one day I’d be happily naked in a room full of people, I would have asked which psychotropic substance you were abusing.

I had to get drunk before I could have sex. I joked about joining one of those fundamentalist sects where you have sex through a hole in a sheet or wear weird undergarments you never take off, but beneath the funny girl routine I was in pain. In those days, guys wouldn’t be seen dead with a fat chick so I had a lot of one night stands but few relationships, sending what little self-esteem I had down the S-bend. "You’re just not socially acceptable," one boy told me.

Fortunately feminism opened my eyes to many things, including the fact that a lot of nasty folk make mega-shitloads of money out of our internalized misogyny. We’re not born loathing our bodies, but little girls in the West quickly learn to. Women in other cultures don’t hate themselves to death because they don’t look like Giselle Bundchen. In Fiji eating disorders weren’t a thing until everyone started watching television.

I stopped blaming my robust body for all my problems, ditched the scales and tape measure, and gave up trying to get thin. Eventually I learned to stop judging, to accept, and finally to love all of me. (I stopped judging other women, too.) I ate exactly what I want and my weight’s been the same for years.

I still hated being naked in front of other people, though. There was one thing I needed to do before I could claim a perfect bill of mental health vis-à-vis body-image. So when I heard about Nic Green’s Trilogy, a show which smashes body-shaming culture and sexual objectification of women — and where a bunch of women (any woman who wants to be involved) dance NAKED together on stage, I was in!

Most of us weren’t professional dancers or performers. But we were all up for a challenge. On the first night, when we talked about how we felt about being naked, there was a whole range of responses, from Never, if I can possibly help it (me) to Just try and stop me!  The sense of community and connection we created was astonishing. Life outside rehearsals started to feel unreal. I didn’t want to be anywhere else, just with these women in this space. Everyone felt the same way; overnight, almost, we all fell in love with one another.

So we heard one another, then we danced and we laughed — and love sprang up like a vine, curled around each woman and bound us together.

What made this magic? Rehearsals began with all of us sitting in a ‘round robin’ circle and checking in with each other, letting the group know how we were in a few sentences. As women we make encouraging noises and sharey faces in conversation, we nod and laugh, but Nic Green gently instructed us not to react — not even to smile when someone spoke, but rather to let the meaning, the impact and emotion of another’s words. To simply be and just hear what was being said in its own right. "Even apparently supportive responses like laughter can shift our attention," Nic explained. "Making a joke can take away from the moment and prevent us truly listening." So we heard one another, then we danced and we laughed — and love sprang up like a vine, curled around each woman and bound us together. The rehearsal room was a place of pure safety, joy, and trust. If only women everywhere could have this, I thought, we’d change the world overnight.

Nuding up in rehearsals happened towards the end — after we’d warmed up and practiced the dance steps. With the lights down, each night we’d take off one more item of clothing than we had the night before, stripping at a comfortable pace until one night Nic invited us to shed everything, stand up, and move quietly around in the dark. We did, and with no warning she threw the lights on, turned up the music and we all charged round banging into each other, shrieking and laughing, until we realized it was our dance music playing and we got into line and did our steps. That was it.

By opening night, none of us could wait for our cue to get on stage and DANCE OUR BEAUTIFUL BUTT NAKED BUTTS OFF. The afterparty on closing night was "clothing optional." There were quite a few other people around — audience members, friends, family, people who’d working on the show or at the venue. A few of the Trilogy performers boogied topless for a while, but at one point everyone was dressed. It was time to embrace my nightmare. So I stripped and for the hell of it hung about bare-assed in a room full of clothed people. Although I’d already left self-consciousness behind me, I wanted to be able to tell this story. How often in life do you even get the chance to get naked in a semi-public space without being hauled off in a white van?

Since performing in Trilogy I’ve been a nude model for a life-drawing class and even went to a naturist convention — both things you couldn’t have paid me to do before. A woman happy in her own skin is a truly liberated woman, so let’s stick it to misogyny and love our bodies. Nude up sisters, nude up for the victory march!

I Got Naked In A Room Full Of People
Liza Dezfouli