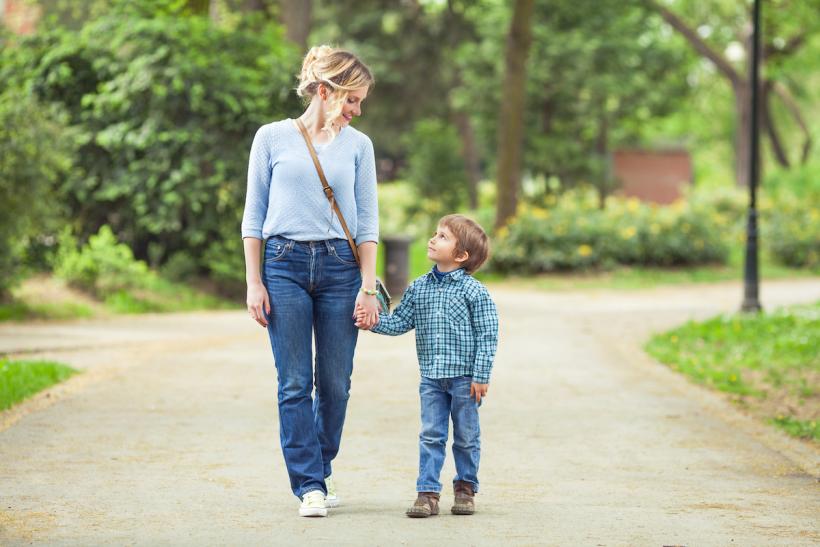 I want them to remember love and feeling wanted, always — all of them.

My six-year-old son got into the car after school and declared he only wanted to have one kid when he grew up.

He is the oldest of three, so I figured perhaps he was feeling a bit overlooked, especially since the toddler has been in a needy destructive stage recently. I made a mental note to prioritize one-on-one time with him soon.

He looked at me and hesitated for a moment. It was evident he had been thinking about this answer for a while. It had nothing to do with the fact that I had just loaded him into the car, trying to ask him how his day was while soothing his sister who had just been hit in the face with a rogue flying truck thrown by my youngest. Or perhaps, it had everything to do with that — with that exhausted look on my face he saw all too often.

"Because I don't want to go crazy all the time," he said sheepishly.

My mind was suddenly reeling, digging up all the recent instances I had said to them that they were driving me crazy. There were many. Too many.

I teared up and tried to find something adequate to say.

“You don’t drive me crazy,” I said, but my words were already betrayed by my actions, and all the times I had told him the exact opposite before. He smiled and continued talking about his day as we drove, unfazed by the bombshell admission he had just laid at my feet.

For him, it was a blip on the radar of his day. I, on the other hand, couldn’t stop thinking about it.

When he said those words what I heard was "I don't want to grow up to be a parent like you."

He saw a mother who was always at her wit’s end. A mother who couldn’t handle the day-to-day of being a parent without becoming completely overwhelmed. He saw my life and saw someone who was unhappy — and he didn’t want that for himself.

His solution to only have one kid? It made sense. Surely my life would be easier with just him — I know that is true. I had intended to only have one child, in fact, before I became unexpectedly pregnant with his sister. But the truth is, I wouldn’t go back in time and choose only to have one child.

Those little annoyances — like insisting on buckling themselves, only to have a meltdown moments later because they can’t do it? That can slide by without an eye roll and harsh tone. The constant requests for snacks? I can just feed them without huffing and complaining about it. The quiet moments? I can relish them more. I can linger a little longer at bedtime. Read that book one more time - at least some of the time.

I don't want to be remembered as a mother who was constantly annoyed, asking my kids to leave me alone, telling them they are the reason I feel crazy sometimes.

I want them to remember love and feeling wanted, always — all of them.

When we reached home, I sat in the driveway an extra moment, telling them what I wished they had known all along.

“I love having all of you. Even if I feel crazy sometimes, it’s always worth it, because I love you more than anything in the world. If you only want to have one kid, that fine, but don’t ever think I’d want any less than three. I want you all, always.”

If you like this article, please share it! Your clicks keep us alive!
Tags
parenting
only child
motherhood
Love
Kids
three kids
words