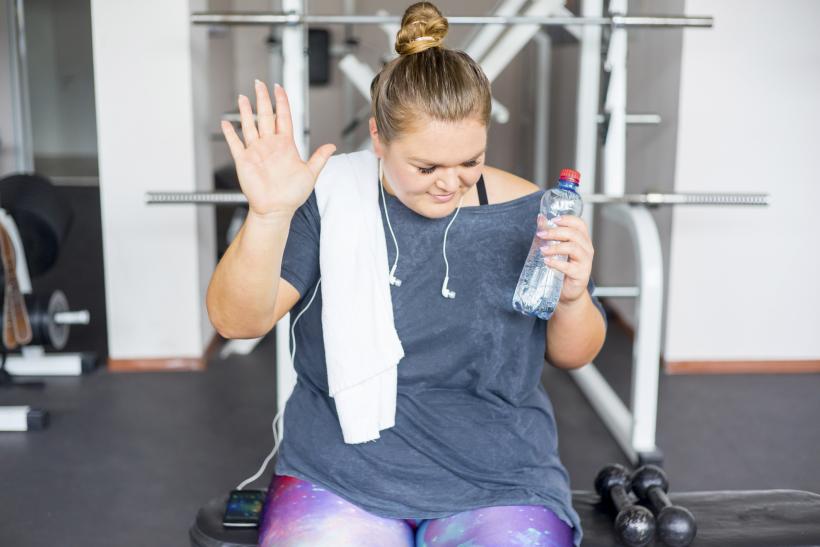 A couple of months after I had my second child, my husband’s best friend came to visit. His name is Sean (not coincidentally, the same name as the child I’d just grown and subsequently pushed from my body). We went to the State Fair. I don’t know why we went to the State Fair, I had a newborn and it was hot as the deserts of Africa, but we went.

It was at the State Fair that Sean casually mentioned that when he got married, he’d expect his wife to stay fit and hot for him.

I was sitting in the shade, nursing my child on the right breast while the left one spilled milk into my lap. My stomach was hanging in a rather dramatic curtain over my underwear. I probably hadn’t brushed my hair. I was definitely not wearing makeup. I was decidedly not fit.

Ashley Madison (the cheater website) likes to send me emails. (It’s like they didn’t even see that article I wrote about the unsolicited dicks?) I usually read the emails, because, well, it’s my job, and also they are often very ridiculous.

Today, the email headline was “STUDY: 52% of Cheaters Say Spouse Not Fit.”

You’d read that, right? Of course you would.

So I did read it and this is what it said:

Getting in shape is obviously a big resolution each year. So, the team at Ashley Madison tried to find out how physical fitness affects its global user base of married daters. (Some of us might call "married daters" by their more commonly known name, CHEATERS.)

Well, isn’t that great information to have!

Gyms are noticeably busier in January, bringing new people together and more wandering eyes. In a previous survey of Ashley Madison members**, going to the gym was the fifth most common excuse for men (9%) and women (12%) when planning to meet with their extramarital partner. However, in a recent survey done of Ashley Madison members, when cheaters do go to the gym 73% say they are there strictly to exercise rather than to seek an extramarital partner. Moreover, 72% are not likely to exercise with their spouse or their secret partner.

Even though they aren’t consciously seeking an affair at the gym, it doesn’t mean there aren’t certain exercises that work as a turn on for gym goers. The top exercise that turns people on most is yoga/stretching (51%), followed by squats (19%).

It is very helpful to know that while I am trying to exercise, I now have to think about which of the exercises I am engaging in may or may not turn someone on.

I don’t usually turn the emails I get from Ashley Madison into an article, but given the timing of this one — haven’t we had enough of being whipped about the face with the “New Year, New You” nonsense — and the absurdity of it, here I am.

Here I am to say:

Dear 52% Of Humans Who Would Cheat On Their Unfit Spouse,

You are trash. Go to the gym and stay there; we don't need you.

I’m not about to lump my husband into this bullshit because he’d never dare, but dudes (and ladies, but probably mostly dudes), if the fitness level of your partner is the reason you are faithful (or not), then you have bigger problems than just the therapy you so clearly need.

If your partner hasn’t been to the gym in a month or a year or even in their whole life, and that seems like a good reason to fuck another person without their permission, you are probably self-absorbed, definitely not a very nice person, and quite likely a real Class A Jerk.

If you like this article, please share it! Your clicks keep us alive!
Tags
cheating
fat
Gym
fit
Ashley Madison