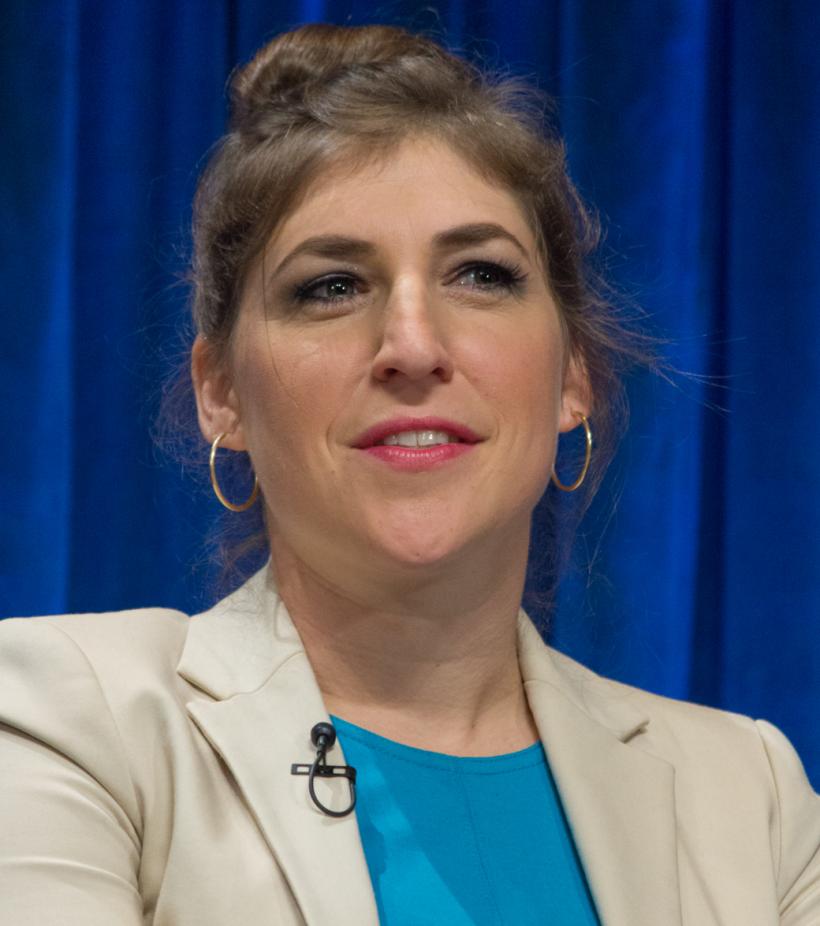 The past week or so has seen a barrage of headlines about now-ex-Hollywood producer Harvey Weinstein. Weinstein is accused by multiple women of sexual assault and harassment. He has been forced to leave the company that bore his name, he lost his membership in the Academy of Motion Picture Arts and Sciences, and he’s well on his way to being a pariah all over the world. Ideally, he’ll be bought up on charges and spend the rest of his life in jail, but that’s down the road still.

To say this series of revelations was triggering is like saying Niagara Falls is a bit damp. The response has been a landslide of women and some men from all walks of life standing up and saying that yes. Yes, we have been harassed. We have been groped. We have been raped. Just search the hashtag #MeToo on Twitter to see the stories in real time.

And then there’s Mayim Bialik.

Ms. Bialik, a sit-com star, and Emmy nominee, wrote an op-ed in the New York Times talking about her experience as a professional in Hollywood and the ways in which it differs from those of Weinstein’s accusers. Bialik seems to have had a career relatively free of harassment or sexual assault or coercion. She certainly doesn’t share any anecdotes like that in her op-ed. No, she instead ponders what she thinks the reasons for her good fortune might be, saying:

“And yet I have also experienced the upside of not being a “perfect ten.” As a proud feminist with little desire to diet, get plastic surgery or hire a personal trainer, I have almost no personal experience with men asking me to meetings in their hotel rooms. Those of us in Hollywood who don’t represent an impossible standard of beauty have the “luxury” of being overlooked and, in many cases, ignored by men in power unless we can make them money.”

Bialik goes on to talk about decisions she makes that she considers “self-protecting and wise” such as her choice of attire (modest) and her decisions about where to demonstrate her sexuality (in private).

Then she wraps things up with this statement:

“In the meantime, I plan to continue to work hard to encourage young women to cultivate the parts of themselves that may not garner them money and fame. If you are beautiful and sexy, terrific. But having others celebrate your physical beauty is not the way to lead a meaningful life.”

There is so very, very much to discuss here. Let me break it down a bit.

First the good: Mayim Bialik has made extremely thoughtful choices for herself in how she dresses, how she presents herself, and how she interacts with others. Despite being out of step with the mainstream culture of her profession, she has achieved enviable success without compromising her personal values. I applaud her for all of that. It’s refreshing to see someone succeed on their terms.

The root cause of rape is rapists, not short skirts, push up bras, or tight pants.

Moreover, I take no issue with her values relating to attire and behavior. Her choices are valid and valuable.

She has every right to do as she sees fit when it comes to her own body and how she presents it to the world.

Now, let’s move on to the bad: Mayim Bialik seems to think that her modest clothing and unconventional (at least, unconventional by Hollywood norms) appearance is the reason she wasn’t abused by the men in her industry. We can shut that line of reasoning right down because we all know that sex crimes are not about sexual attraction or desire.

Sex crimes are about power.

The root cause of rape is rapists, not short skirts, push up bras, or tight pants.

Finally, the ugly of Ms. Bialik’s op-ed: the notion that aspiring to a particular standard of beauty is not a valid choice when it most certainly is.

You know how pro-choice advocates always say they support women who have as many babies as they want as well as women who seek to prevent birth through contraception and abortion? By the same token body positivity should include support for people who strive to attain typical Hollywood beauty standards.

It’s really ok to want to be blonde, voluptuous, and slender. It’s ok. If that’s what an individual wants, if they undergo body modification to achieve it, that’s fine. It’s just as fine as a sleeve of tattoos or a shock of blue hair. And wearing revealing clothing is just as fine as wearing modest clothing. It’s all fine.

Your body is your very own canvas, and you have the right to turn it into whatever work of art you want to display to the world.

Yes, yes, I know that sometimes people feel coerced into seeking conventional beauty as a route to success in an industry that doesn’t leave a lot of wiggle room for individuality. And yes I know that in the world we move about in, far too many people think that a certain look is tantamount to consent to sexual abuse. But I also know that individuals are smart and thoughtful, and I can trust other adults to think through their choices for their bodies. It’s not my job to second guess them.

Unless that body choice is the choice to use your body as a weapon to do sexual harm to others. Then I can judge the fuck out of your rapey ass.

What Ms. Bialik overlooks is that it isn’t the bodies or the choices of the victims of abuse that should be examined as we peel back the layers of this scandal. It’s the choices of the abusers, of their friends and enablers. Those are the choices that caused harm. They are the ones entirely in the wrong.