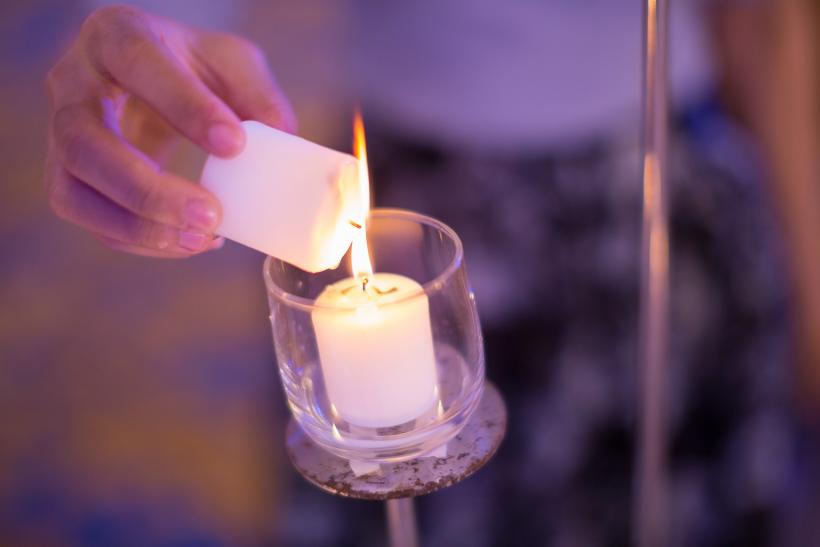 I realized that Chanukkah is about reclaiming identity.

The idea of getting married has not always appealed to me, but that didn’t stop me from spending years obsessed with the idea of having a Chanukkah wedding. I never quite understood why: the beautiful lights, the clear winter skies, the fact that weddings in the off-season tend to be far cheaper? Those are all good reasons.

It wasn’t until I ended a particularly problematic relationship, and resolved to take time off to “work on myself,” that I realized Chanukkah, beyond the overloaded latke plates and chintzy blue tinsel, called to me as a narrative about escaping abusive situations and reclaiming identity.

My body is a temple, and you can’t slaughter pigs here. Or, at least, that was the agreement, as I understood it. A hard limit. A line that must not be crossed to preserve a relationship with some give and take. But when the Greeks held control of Jerusalem, Jewish identity was at their whim: one king was kind and permissive, the next sent his troops to sack the Temple. And just as the unkind king had his allies in the Jewish world, there were always those parts of myself who said that being violated was fine, that losing my sense of self was fine.

We know that one of the most potent tools abusers employ is manipulating their victims’ sense of identity. They saddle your insecurities and ride them like elephants through your quiet places. They tell you alternative stories of who you are, how you are, what your rituals mean. They use your sacred oil for the sake of gaslighting. You’ll believe them, in a sense. You’ll justify their behavior. You’ll watch your Temple crumble, burn, shrivel into an empty shell.

If you’re fortunate, like I’m fortunate, you’ll find a place to retreat to. You’ll have allies. You’ll build your strength. You’ll come back around with a Maccabeatdown and take back your Temple — curtains torn, altar stained with bad blood. And in that moment when you find the one final jug of the good stuff that keeps your eternal flame going, you will realize that it isn’t the oil that is the miracle, but your resolve, your spirit, your willingness to fight, the memory of your own holiness that calls to you and cleans up a place that has been treated so badly.

The littlest spark of desire to live can illuminate the rest of your life. But not everyone is fortunate enough to see that good light. My body is a temple, and if you worship here, you do so by my rules.

Is there someone trampling the rights of others for the sake of control? Are we enabling them? Are we doing everything reasonably within our power to preserve the dignity of coexistence between people and peoples? Have we slaughtered a pig in someone else’s temple? Is there someone in our lives struggling with an oppressive partner, boss, friend, parent? Are we that someone?

Chanukkah is the Hebrew word for dedication. We celebrate by lighting candles and frying absolutely everything. But it’s easier to remember the religious center, the commitment to Jewish identity and the struggle and triumph over imperial forces, when you, yourself, have had your identity challenged, mutilated, or torn away by someone else.

We’re commanded to publicize the miracle, placing the lights in our windows, facing the street, so all who pass by can know and be reminded.

Of divine intervention? Of the necessity of good oil? Of the fact that stomping on a minority and demanding that people bend to suit your needs, abandoning identities you find inconvenient, might not always end well? That people might create retribution in response to injustice?

This is the symbol people know us by, this and a star, this and a scroll. We, and the holiday, have other symbols, but they often tell the same story. Gelt, whether in the form of chocolate, Israeli bonds, or cold hard cash, is a traditional gift for this holiday because the Jews understood that having our own money is integral to self-determination. Minting our own currency was the assertion that we were a separate nation, never to be fully folded into an empire of others. Likewise, developing and maintaining personal finances, even while in a relationship, can help prevent the financial abuse that keeps many people trapped, even after physically leaving the situation.

Many people are forced to buy their freedom, though they’ve not been slaves. Chanukkah is a time when many of us gather with family and friends and share in the joy, but it should also be a time during which we make conscientious efforts to uphold a peaceful pluralism and look for ways to embrace the diversity of possibilities for healthy Jewishness.

It is also a time we should seek out the Seleucid monarchies and Tobiads of today: is there someone trampling the rights of others for the sake of control? Are we enabling them? Are we doing everything reasonably within our power to preserve the dignity of coexistence between people and peoples? Have we slaughtered a pig in someone else’s temple? Is there someone in our lives struggling with an oppressive partner, boss, friend, parent? Are we that someone?

Chanukkah is the perfect time to rededicate ourselves to our identities, whatever they may be, to take stock of the ways we honor ourselves and our affiliations.

It is, too, an excellent time to reassert our commitments (group and individual), to protect others from abuse — including those types of abuse that impact many communities, and those that are specific to our tribe — whether we find solutions in the larger, secular world of the courtroom or within the structures of our own religious community.

The story of the Maccabees taking back and purifying the Temple might not have involved any actual miracles. But it did involve a victory brought about by a dedicated community. The menorah on my windowsill advertises that I am a Jew, but it also reminds me that I am a survivor. It’s where my #MeToo meets my Never Again.

Your body is a temple, and I will do whatever I can to help you keep it safe and holy, whatever that looks like to you.

If you like this article, please share it! Your clicks keep us alive!
Tags
Chanukkah
Hanukkah
reclaiming
identity
Jewish culture
abuse 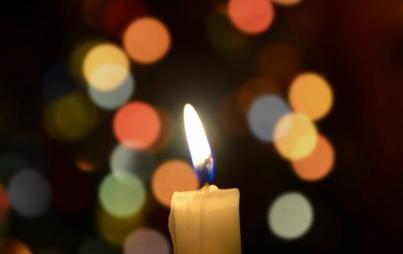 Gratitude: A New Holiday From An Old Tradition