Being Judgy About Beauty Treatments Was Just My Own Baggage 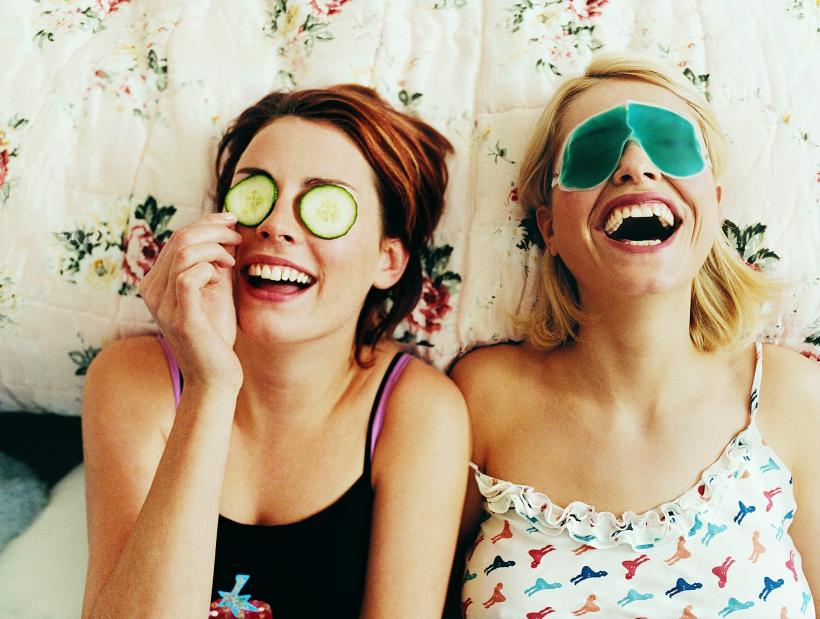 Obviously, now from my elder perch, I realize it’s best to not be judgy about beauty treatments.

At 42, a mosquito planted the venom in my face and the seed in my mind.

What started as a buzzing middle-of-the-night nuisance (that ended as blood-splatter on my stark white wall) turned into something genius by daybreak. One of many mosquito bites landed just under my right eye, and the swelling plumped up the hollow skin that had been bugging me for the past few years.

I had managed to bypass acne as a teen, the tiny fine lines that emerge in your 20s, and even the forehead creases common in your 30s, which was incredibly lucky considering I smoked a pack a day for a decade-and-a-half. Then right on cue, around 40, my face started giving up, and my under-eyes began to sink. Not dark circles that could be camouflaged with heavy duty concealer or bags that could be de-puffed, but serious depressions.

But with one insect-delivered injection, my under-eye had magically become more smooth.

My first thought was that I couldn’t believe the Korean beauty industry (that hasn’t shied away from ingredients like snail mucin, donkey milk, and horse fat) hadn’t harnessed the power of mosquitos yet.

My second was that products had already been developed for this very purpose, but I had never thought of myself as the kind of woman who had cosmetic procedures done, and I was slightly suspicious of those who did. I’d never been to a dermatologist in my life. I wasn’t aware of any friends (”friends?” maybe) who’d had anything done. It just wasn’t my world.

No one has ever commented on my eyes. I’m also not presently subjecting my selfies to the whims of men on dating apps. On first impression, there are easily a handful of characteristics one would notice first: I’m overweight by any measure, I have four inches of silver roots sprouting from my head, a blackish scar on the side of my nose from a ring I haven’t worn in 23 years, and I have wide hips yet no ass (the latter which is especially egregious since I live in a Colombian neighborhood that’s undoubtedly the butt implant capital of New York City). The oft-cited Catherine Deneuve quote "A 30-year-old woman must choose between her bottom and her face." never applied to me because I never had an exemplary ass to start with.

But they’re my eyes, and it’s become an obsession with me.

I zero in on characters, usually minor, always on non-American shows, who are allowed to act on screen despite obvious under-eye deficiencies. Welcome antidotes to the amazing looking Connie Brittons (50), Maura Tierneys (52) and Halle Berrys (50). I started keeping tabs. Here is a random selection: Sharon’s sister-in-law on “Catastrophe,” a politician in Australian drama, “The Code,” the small town cop in “Happy Valley,” Olivia Colman in “Broadchurch” (compare her to Anna Gunn, six years older, who played her character in the US remake) who is always great but radiates such maturity I refuse to believe she’s two years younger than me because I’m delusional.

I read public radio staple Sandra Tsing Loh’s “A Year in Van Nuys,” on the subway in spurts in the early ‘00s because my generation didn’t have many mainstream female pop culture writers (except Meghan Daum whose work I never read until recently). In one essay she detailed her growing dissatisfaction with her eye bags in a classic “Am I still a feminist if I cave to beauty conventions?” tale. After internal tumult, she eventually had cosmetic surgery. My 30-year-old self was incredulous. Right up there with hypotheticals like never taking a man’s last name (or getting married at all), I would also never have plastic surgery or even ephemeral Botox. It seemed like such a Boomer narrative. Idealism only up until a point.

Hot flashes and atrophied vaginas be damned; in a decade menopause will be retooled as the coolest thing ever.

Obviously, now from my elder perch, I realize it’s best to withhold judgment, especially contempt for actions that bring personal joy at life stages you haven’t reached yet. (Though I’m still not married and get cranky that women are taking their husband’s last names more so than twenty years ago.)

A quote in an interview I read last year with Johanna Fateman, former riot grrrl, now 43-year-old salon owner, really stuck with me. "I want my face to look as normatively young and refreshed as possible — in the most feminist way possible."

Okay, yes, she’s speaking my language. And that’s best we can hope for. (As if anyone pays attention to Gen X anyway.) The oldest Millennials will turn 40 in five years, and I’m already bracing for the era of middle-age elevation. Hot flashes and atrophied vaginas be damned; in a decade menopause will be retooled as the coolest thing ever. (Millennials have already flipped the script on the fat women can’t wear crop tops or bikinis rule that had existed since the earth was created, which I appreciate. But is there nothing they can’t do?)

2017 will mark the year that I had 1cc of Belotero, a filler with a soothing name that evokes a lesser known Mediterranean isle, injected into my 44-year-old tear troughs, the sad clinical name for under-eyes. No one noticed, and no one cares!

Even though I hadn’t believed it to be true really, people don’t pay attention to your perceived flaws.

You don’t even have to wait until 60 to realize no one thinks about you, as the meme wisdom posits (20s you care about what people think, by 40 you don’t, blah, blah). I only feared being judged — for my decrepit skin and then for paying someone to make it go away — because I’m a naturally judgy person, a symptom of my insecurities. Other than the cost for a temporary fix, there hasn’t been any downside.

Perhaps as my skin begins to droop and wrinkle more obviously (please tell me others played around with that FaceApp “old” filter, and it made you look only five years older), I will let time do what it does. I tried growing out my natural grays multiple times over the past 15 years until I (think) I finally committed last year. It’s still a work in progress.

Change doesn’t happen overnight — unless you happen to get bit by a mosquito.