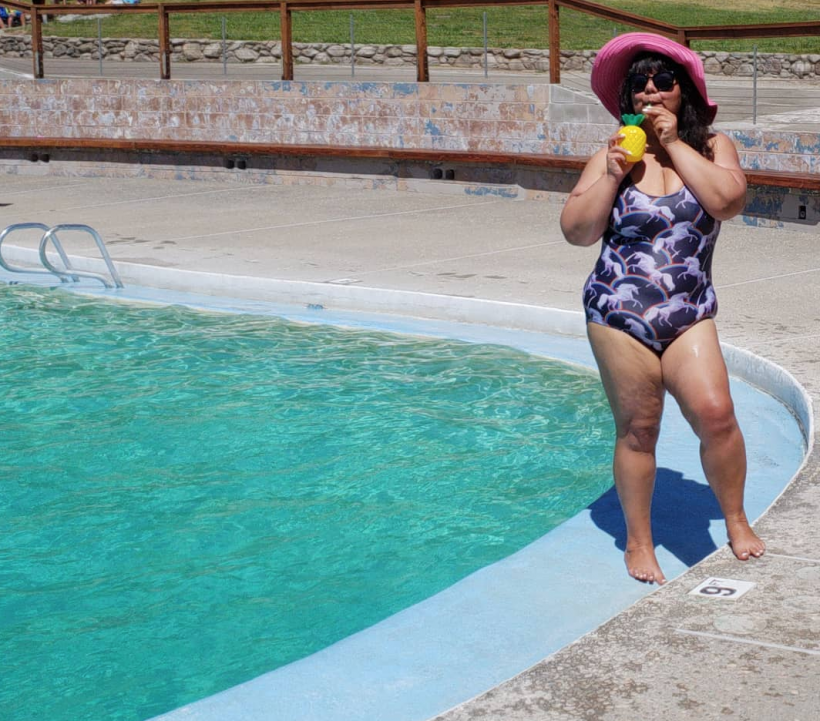 Last weekend I was having lunch with friends and I decided to ask them a question that had been on my mind: “When’s the best time to come out as ‘not chill?’ Do you wait until you’ve gotten to know someone a little bit and it looks like you might become friends or boos?

‘Listen, we’ve gotten tacos and slurpees three times now and I think it’s time for me to tell you something about myself. I’m not chill.’

Do you just spring it on someone in the initial exchange?

‘Listen, before we get rose petal infused lattes and I tell you all about my dysfunctional childhood, it’s important that you know something about me. I have expectations, boundaries and the capacity to feel disappointment that I will not hide from you should the occasion arise.’”

It was a hung jury. Half of them suggested I say it up front and not waste anyone’s time. The others said that it was ok to do a little reconnaissance first and then disclose if investment felt likely.

I live in the Bay Area, which may be the “chill” capital of Planet Earth. Describing oneself as chill sounds harmless enough. From the outset “chill” seems like a word used to describe people who go with the flow and don’t get angry or upset easily — or perhaps ever? It’s a little unclear. That sounds good! I don’t like being around people who get angry frequently or project things onto me.

But not long after it was introduced into my lexicon I began to realize it had a second meaning, or more accurately it had a second purpose. It wasn’t just a descriptor; it was a hammer used to curtail behavior or shame a person who didn’t fall into the demarcated chill zone.

“Chill” is, I think, a coded word (a word that sounds innocent or simple, but is layered with hidden meaning) that describes an environment where low expectations, low commitment, and zero accountability are considered normal and, in fact, laudable.

This topic arouse as a point of interest for me when I decided I needed to end a new friendship about a year ago. We weren’t on the same page around the chill issue. I was super excited about this new human in my life. She is smart, charismatic, kind, generous, and funny. We shared a love of tarot and tiny clothing. What we did not share was a shared policy on cancellation and following up. Though my longtime friends and I are very serious about truly honoring each other’s time, this is not the prevailing policy in San Francisco — where it’s considered normal not to confirm until the last minute or to cancel plans if a “better” option arises (yuck). Even though I was ready to make a real commitment to this new friendship, she used up all her coupons (new friends or lovers get 3 mess-up moments during the first 3 months) and I had to make the decision to honor my needs and boundaries — rather than acquiescence to the norm of being canceled on and having plans left unconfirmed.

More recently, I rehashed similar feelings when a very exciting romantic prospect canceled very big travel plans last minute — via text. When I explained to him that this was not an appropriate way to cancel and told him what I needed, he doubled down, and I was left being accused of presumptuousness. I found myself having to choose between my needs and another (very cute!) person’s idea of what was an appropriate expectation. After making no headway in my attempts to communicate, I chose me.

I began my own fact-finding mission, wondering if other feminists had written about chill. Indeed, they really had! I quickly found two pieces — one by KiKi Kareem and one by Alana Massey  — that discussed this phenomenon from a romantic perspective. Massey wrote:

“Chill… is agreeable because it is emotionally vacant. Chill is what Cool would look like with a lobotomy and no hobbies… Chill is a sinister refashioning of “Calm down!” from an enraging and highly gendered command into an admirable attitude. Chill presides over the funeral of reasonable expectations.”

Being a fat brown girl has created opportunities for me to become intimately acquainted with the social expectation that I be accommodating, patient, long-suffering, unobtrusive and possessing of no needs. This is, like Oppression & Stigma 101 material.

My role, according to the culture, is not to make waves and just be a jolly helper who gains personal satisfaction from seeing the lives of others improved at my expense. Shockingly, I’m totally not into that! I’d like to say once and for all I’m the proud owner of zero chill. I’m all for being accountable for myself and my behavior, striving to be a kind and honest person, and not taking out my unresolved anxieties or fears on others. I am not, however, here for a relationship (platonic, professional or romantic) where I’m expected to silence my needs, chronically lower my expectations, and refuse to name my boundaries.

It’s important that there’s room for me — and you – in the relationships we form in our lives. We don’t need to strive toward being as chill as possible. I personally don’t see the long-term rewards of acting like a different person than I am. We have the right to take up space and be proud boycotters of social expectations that don’t leave room for our whole selves.

If you like this article, please share it! Your clicks keep us alive!
Tags
take the cake
Virgie Tovar
chill
feminism