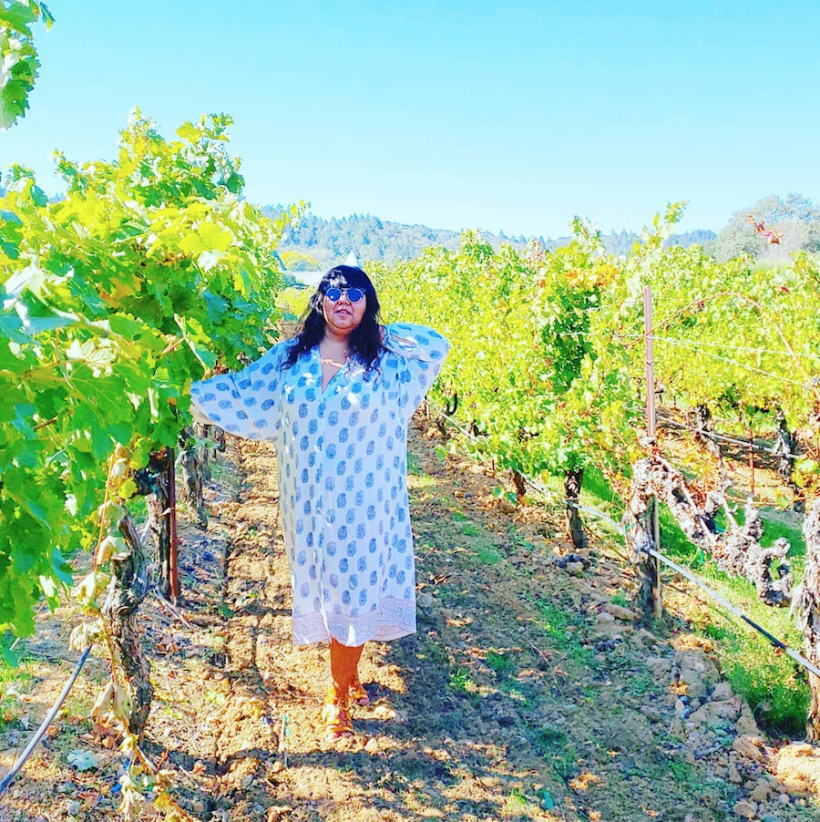 “I think dieting made me feel like a real woman in a way that nothing else in my life did.” I couldn’t believe she’d said it – that no one else had ever said it out loud before to me.

I had been telling her — a fat friend — about the multiple moments in my life that I’d decided to go on an “extreme diet” and the strangest weight loss “challenges” I’d been given along the way (like the time someone offered to give me money if I could make the experience of eating a banana last a whole hour). We both laugh-cringed at our shared fat lady experiences. Then we got a little more cerebral and explored the layers of what dieting really meant to us all those years.

I found out we both had at one time associated diet-induced hunger and weakness and exhaustion with a kind of femininity that we never felt we had access to. I was (am) big and brown and strong. I wasn’t naturally fragile, and I saw this as a humiliating fact. As dieting was taking sustenance further from my body, I felt like it was giving me a taste of that delicate, frail femininity – that “real womanhood.” As if any person isn’t real, as if fat women are somehow imposters in the realm of femininity.

We know that science and numbers and all the empirical data things say that diets don’t work. Diets lead to depression and anxiety in many people. Dieting is part of the eating disorder spectrum. While I was weight cycling/dieting, I was living in an increasingly darker and deeper vortex of self-hatred.

I want to spread the good word of fat liberation to every single fat person I meet because I do truly believe that dieting is self-defeating behavior that feeds upon your very soul and requires a self-loathing mentality in order to function.

We know, however, that people participate in self-defeating behavior all the time. We know that people do these things for reasons that make sense to them. If my years spent researching fatphobia and diet culture have taught me anything it’s this: dieting is symbolic, it holds emotional significance for many, and it makes people feel like they belong in this culture – especially if they’re a woman.

You know how much I love to trot out Sander Gilman, so I’m going to do it one more time. He argues that “Dieting is a process by which the individual claims control over her body and thus shows her ability to understand her role.” Gilman is talking about dieting as a gendered behavior – a behavior that fundamentally affirms that you understand that you’re a woman in this society.

As I had that talk with my friend I wanted to go deeper into exploring what drew me – as a fat woman - to fatphobic behavior – dieting. It’s true that I had not been exposed to the Gospel of Fat Babeliness, but I don’t think all my dieting behavior could be chocked up to ignorance of political ideology.

In our culture, fat women are consistently pushed out of femininity. We are portrayed in mass media as either hypersexual (which is a feminine failure archetype) or as entirely asexual (also a feminine failure archetype). There’s almost nothing in our size in the section of the clothing store entitled “Women’s.” (https://ravishly.com/sustainable-plus-size-clothing) . Fat women are often understood to be unfit for marriage (another feminine failure trope) and motherhood (yup, you guessed it, more gender failure). With fat women having so little room to navigate or claim femininity, what behaviors are left for us to affirm that we are indeed women at all?

I can say that dieting symbolized a lot of things for me. Yes, I’d been taught that something was fundamentally wrong with me and it was my job to fix it through weight control. Yes, I thought that obsessively controlling how much I ate and moved would make me a healthier person. Yes, I thought I could become worthy of love through starvation. And, yes, dieting was a way that I felt I could access ideal femininity, and that mattered because I didn’t feel like a real woman – not just because I had been taught that women were supposed to be small, but because I associated the physical feelings that dieting caused (hunger, exhaustion, and frailty) with ideal femininity.

After reading feminist and queer texts, I was able to understand that gender is socially constructed and that, actually, there’s no limit to how many ways a person can express or claim femininity. I still struggle with Feminine Imposter Syndrome, but I’ve come to understand that femininity comes in all sizes and that all forms of feminine gender expression are legitimate. I no longer associate negative physical outcomes of hunger with successfully performing gender.

I work to claim a uniquely fat femininity that thrives when my belly is full.

If you like this article, please share it! Your clicks keep us alive!
Tags
Gender-Affirming
dieting
take the cake
Virgie Tovar