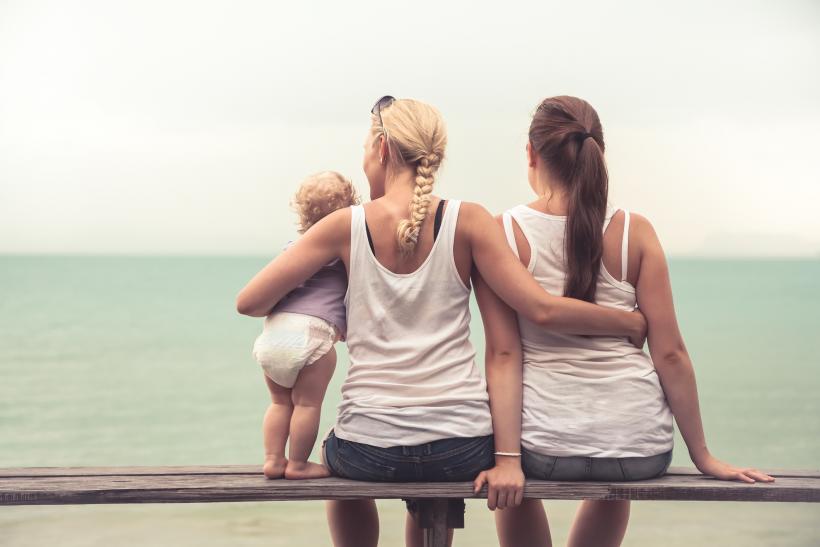 So there are these little things. The “which of you is the mother?” things.

A few hours after my daughter was born, a nurse walked into the hospital room where my partner was recovering. She looked from one of us to the other, took in our sleep-deprived, unshowered, blissed-the-fuck-out-on-oxytocin, and utterly terrified faces, the unmistakable hallmark of brand new parenthood, and she asked, “Which of you is the mother?”

It would be an exaggeration to say my heart sank. I was delirious on exhaustion and new-baby smell. Honestly, it’s possible she said something in Swedish and I completely misunderstood. But I remember realizing, this will not end. That nurse was the first of countless people to subtly, even unintentionally, undermine my claim to my daughter; people who see a same-sex couple with a baby and determine that only one of us can “really” be her parent.

Every day, in tiny ways, with casual assumptions and slips of the tongue, I’m reminded that much of the world sees my family as a caricature of the real thing.

It’s been like this since my partner and I got married, several years before it was legal to do so in our home state. We threw a huge party that looked just like, but technically was not, a wedding, then got married on our honeymoon. As queer families, we construct our own narratives, piecing together the structure and safety some families take for granted, building the support system we need a little at a time.

I wanted real legal protection, not just to hold my breath and hope that no one bothered to screw with my family.

Because same-sex marriage became nationwide law while my partner was pregnant, I was lucky enough to have my name on my daughter’s birth certificate, to be presumed her parent from the moment she was born. But in today’s America, with the rights of LGBTQ people and basically everything else I like in the world constantly threatened by political crossfire, the presumption of parenthood didn’t feel like enough. I wanted real legal protection, not just to hold my breath and hope that no one bothered to screw with my family.

Unlike non-gestational queer moms of an older generation, I didn’t have to go through the frustration and indignity of a second-parent adoption. Being legally declared the parent of my spouse’s biological kid is much easier than it used to be, not that you’d know that from a Google search. There are no documents you can download online; the whole situation is weirdly secretive. We had to actually leave the house and speak to a lawyer in person to find out how to do it — can you imagine, in this day and age? There’s no YouTube tutorial or anything. We went to the free legal clinic at the GLBT Community Center and chatted with a lawyer and she said it was very straightforward and she could do it for $1,500 that we definitely did not have.

We’ve been lucky, we’ve been healthy, we’ve been white and middle-class and living in the bluest city in a blue state and people are usually not outright homophobic to us. But we still can’t forget our place on the edge of a narrative of family that doesn’t push us out but certainly makes no effort to pull us in.

So there are these little things. The “which of you is the mother?” things.

The fact that queer people have squeezed and shoved ourselves into the edges of acceptable, but we’re still such a long way from getting comfortable here. The nightmares, after the 2016 election, that men dressed in gray pulled my daughter out of my arms. The $1,500 piece of paper to prove what no one would question if we were a straight couple.

When I heard that number, I gritted my teeth. I thought about our student loans and our mortgage and the pricey IVF cycle we’re still paying off, and I started to calculate how long it would take us to set aside $1,500, all the while resenting the fact that straight people don’t have to do this. And then the lawyer said, “But I can do it for you for free.”

See, she had obtained a court order like this for another same-sex couple, and that couple had mentioned it to some friends. One of those friends was incensed to learn about what amounts to a surcharge on queer parenting, and they called the lawyer to make a donation. The next time a same-sex couple came in wanting a parentage order, it would be covered. The donor would remain anonymous.

Someone I have never met donated a large sum of money, for no other reason than they felt it was the right thing to do, to help my family feel safe. I can’t get over how beautiful that is. They did it for no recognition, not even some thumbs-up on Facebook. I mean, that shit is not even tax-deductible. It’s just kindness.

I put off and put off talking to a lawyer about my parental rights, both because I knew it would cost money I didn’t have and because I didn’t want to think about it. I didn’t want to acknowledge the fact that so many people would question my right to call myself my daughter’s mother that it would be wise to be able to produce a court order as proof. I didn’t want to need that kind of protection. I still don’t. I still get angry whenever I think about it. But I’m also lifted up by the gift, unasked-for, impossible to reciprocate, that fell into my path.

We have been talking a lot, the last six months, about resistance, about revolution, about the radical potential of [insert literally anything at least two people think is good] for pushing back against encroaching bigotry and despotism. We are all looking for answers, for ways to make the world a better place, and sometimes it seems totally Sisyphean and fucking hopeless. There are days when the problems of the world, innumerable and insurmountable, crush me into despair before I even get out of bed, but there is always an act of kindness within reach. You can pay for a child’s school lunch or an incarcerated mother’s bail or pay off one family’s water bill in Flint, Michigan. There are so many ways it costs more to live on the margins—not just in psychic wear and tear but in actual money. If you have more than you need, you can help someone with less. Sometimes it’s really that simple.

I am still trying to find a way to accept this gift with grace.

I have promised myself that I will look for opportunities to pass it on to someone else, and I hope you’ll do the same. If you can find one person who needs help today, if you do one kind thing, it matters. I will remember this generosity with love and gratitude for the rest of my life, and any time I doubt the goodness of humanity, I’ll think of our anonymous patron and my faith will be rekindled. They will be my inspiration. I don’t think I am anyone’s inspiration just yet, but I could be, and so could you. That’s more than enough reason to try.

If you like this article, please share it! Your clicks keep us alive!
Tags
Adoption
anonymous donor
queer parenting
LGBTQIA 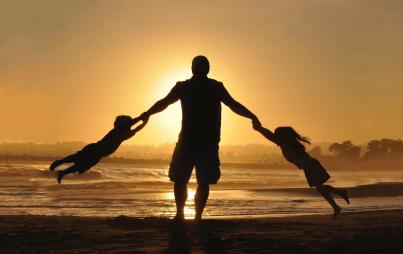 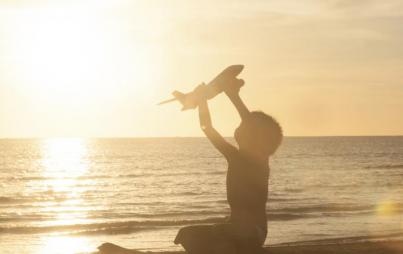 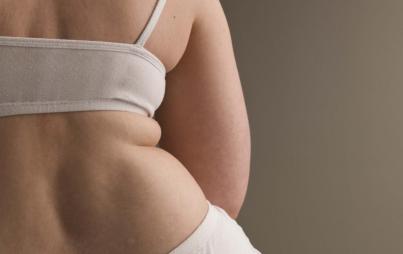 Can We Let Fat People Own Their Sexuality Already?